WHAT BOOK would author Sophie Dahl take to a desert island?

…are you reading now?

I just finished The Mermaid Of Black Conch by Monique Roffey. It’s a strange and beautiful book. A group of men catch a mermaid, Aycayia, once a land-dwelling woman, cursed by a group of islanders a thousand years before to roam the sea.

It’s a love story first and foremost, about transformation and ancient ways, the classic tale of an outsider turning life upside down in a town, leaving nothing the same. Roffey’s writing is lyrical and filled with magic, but there is plenty of bittersweet realism to ground it.

…would you take to a desert island?

The Amber Spyglass by Philip Pullman. I love the wild and wonderful Lyra Belacqua. She’s such a brilliant character, everything I want a heroine to be: clever, sparky, funny, loyal and vulnerable. 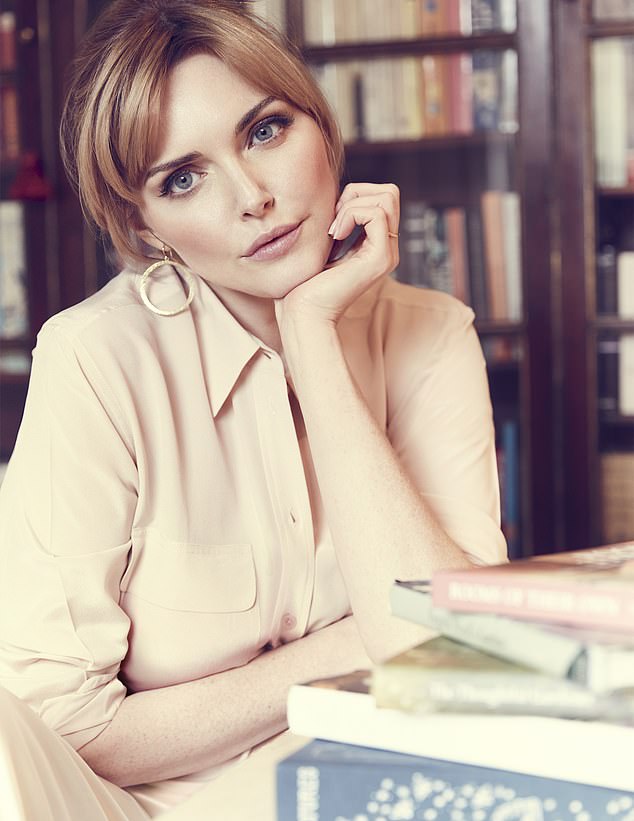 This book (and the others in the series) is such a journey, filled with characters you’d want as friends, Iorek Byrnison the armoured bear, the Gyptians, Serafina Pekkala. Philip Pullman writes such tender characters, in amidst darkness and light, and his books ring with wisdom and truth. I can keep coming back to them and always find something new, which would be useful on a desert island.

…first gave you the reading bug?

Ronia, The Robber’s Daughter by Astrid Lindgren and The Wolves Of Willoughby Chase by Joan Aiken. Both feature wonderful, nuanced protagonists navigating complicated situations. Adversity is part of life, and good children’s books illustrate this so powerfully. We adults sometimes need reminding!

In her book Why You Should Read Children’s Books, Even Though You Are So Old And Wise, the wonderful children’s author Katherine Rundell says: ‘Ignore those who would call it escapism: it’s not escapism: it is findism. Children’s books are not a hiding place, they are a seeking place.’

These are the books that first told me about adventure and following your heart, leaving an indelible impression.

Outside of the Peter and Jane books, circa 1983, I can’t think of anything that I haven’t liked recently, so could it be something that is brilliant but chilling? Cold in a physical sense — if so, The Five by Hallie Rubenhold, about Polly, Annie, Elizabeth, Catherine and Mary Jane, all of whom were the victims of Jack The Ripper in 1888.

Having been so often reduced to faceless tabloid fodder, this book redresses who these women were in their lifetimes: daughters, mothers, lovers and friends. Rubenhold does them justice, and their humanity shines through. It’s a fierce social commentary on being born a woman in Victorian England, harrowing but important.

The Worst Sleepover In The World by Sophie Dahl, illustrated by Luciano Lozano, is out now (Walker Books, £12.99).