When is a Budget not a Budget? When it’s a Winter Economic Plan.

With furlough ending on October 31 and PM Boris Johnson warning of a winter with little hope of coronavirus relief, chancellor Rishi Sunak’s financial plans for the nation brought cheer to some last week.

However, his new plans to replace furlough and support the self-employed are less generous than before, and there is more of an onus on cashstrapped employers to chip in, too.

Maike Currie, workplace finance expert at Fidelity, says that although the new measures will save some jobs, others will not survive — and even those who keep their employment will see their disposable income cut.

‘It is a welcome move and will quell the fears of some facing redundancy, but it won’t save every job and many people will still feel uncertain about the future,’ she says.

‘The truth is, for a significant number of people, the next six months will still result in a fall in income.’

Here’s what has been announced, how it could affect your finances and what to do if you are concerned about your bank balance.

What did Rishi Sunak announce, and why?

The chancellor’s new measures were mainly aimed at avoiding a wave of redundancies and bankruptcies at the end of October, when the current furlough scheme ends.

At present, according to the Office for National Statistics (ONS), 11% of the British workforce is on partial or full furlough across all sectors, rising to 41% in the hardest-hit sector: the arts, leisure and recreation.

Many feared a cliff edge when the scheme ended, with many thousands losing jobs. The centrepiece of Sunak’s new Jobs Support Scheme is aimed at stopping that, although top economist Paul Johnson, director of the Institute for Fiscal Studies thinktank, described it as ‘significantly less generous than the furlough scheme it replaces’.

Instead of paying employees to be off completely, it will only pay a percentage of the wages of employees who are working at least a third of their normal hours, while employers share the cost of those unworked hours. 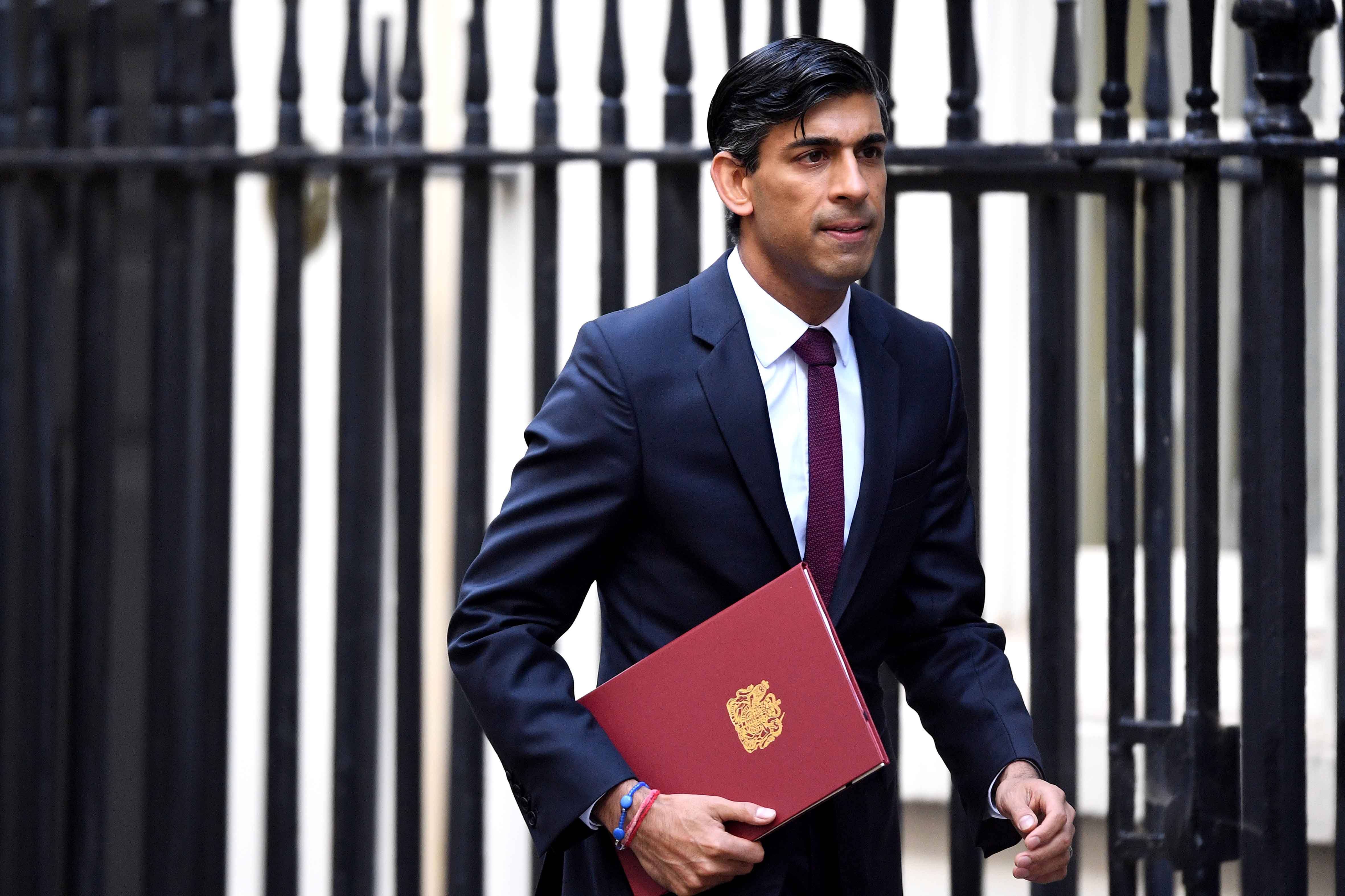 Anyone who was working as of September 23 will be eligible for the scheme, even if his or her employer has not previously used furlough. But not all employers will be able to apply. Smaller and medium-sized businesses will be prioritised, but larger businesses must prove that their turnover has dropped materially in order to be eligible.

‘The primary goal of our economic policy remains unchanged — to support people’s jobs — but the way we achieve that must evolve,’ Sunak said of the new scheme. He added that the scheme would only support ‘viable jobs’, because of the requirement that those receiving the benefit must work 33% of their hours.

How much would I receive?

If your employer decides to use the scheme, you must work part-time for the company, doing at least a third of your normal hours. You will be paid as normal for these.

For the hours you don’t work, the government and the employer will each pay a third of your usual wage. The employer must still pay national insurance and pension contributions.

The amount you can receive from the government is capped, as with furlough, at £697.92 a month. Unlike with furlough, employers should not have the option of topping your wages up further, according to gov.uk, so you are likely to have a shortfall in income from the scheme, but will receive at least 77% of your pay if you earn below £38,000 a year.

For example, if you earned £2,000 a month but your employer only had enough demand to employ you for half your hours, you would get £1,000 of normal pay, and then two thirds of the remaining £1,000 (£666) as a grant, paid half by the employer and half by the government.

You can be moved on and off the scheme and your hours can be changed as long as they do not drop below 33% of your normal hours, and you cannot be made redundant or put on notice while a Jobs Support Scheme grant is being claimed on your behalf.

What if I’m self-employed?

The chancellor also announced a continuation of the grants payable to the self employed under SEISS, the Self-Employment Income Support Scheme. There will be two extra grants in the six-month period between November and March. The first grant will cover a three-month period from the start of November until the end of January. The government will provide a taxable grant covering 20% of average monthly trading profits, paid out in a single instalment covering three months’ worth of profits, and capped at £1,875.

The second grant will cover a three-month period from the start of February until the end of April. The government has said it will review the level of the second grant and set this in due course.

The first grant is much less generous than earlier SEISS grants, which covered 80% then 70% of your average profits, and you must have average trading profits of below £50,000 and declare you are adversely affected by the coronavirus crisis.

Will the new schemes save my job?

While many self-employed and employed people will be eligible for the schemes outlined above, there are fears that employers will make people redundant instead.

Tax expert Chris Sanger, at Ernst & Young, says it is still cheaper for employers to hire new staff for shorter opening hours than it is to keep current employees on the job scheme if they are working reduced hours.

’The scheme is less generous than many had hoped,’ he says. There’s also little help for those in the events and arts sector where many businesses are unable to operate, even at a third of capacity, so will not be eligible.

While there is some support for the self-employed, there is still nothing available for company directors who pay themselves through their own limited companies, and are not eligible for the SEISS.

Were there other measures to help?

Sunak’s plan did bring in several other measures, including help for those who pay their taxes through self-assessment, who will have an additional 12 months to pay the tax if they need it. There is also a continuation of the VAT cut for the hospitality sector and deferrals for VAT payments.

What should I do if I’m worried about money?

If you’re concerned about how the end of furlough will affect you, or worried that you might be made redundant, now is a good time to go through your budgeting, and get expert help if needed.

Alex Connolly, chief operating officer at the government’s Money and Pensions Service, suggests making an emergency budget, and talking to creditors — such as your mortgage lender and credit card providers — if you fear you will be unable to pay.

Maike Currie, from Fidelity, cautions against cutting back on all payments when times are hard.

‘Competing priorities and worries about the current situation can naturally alter our plans for the future. But there is a balance to be struck. With retirement planning for instance, scaling back or opting out of pension contributions now can have significant ramifications at the point you actually want to retire. Doing this if you are still in employment also means losing out on valuable employer contributions and government tax relief that could make all the difference in retirement,’ she says.

It is also worth looking at reducing household bills, such as electricity and gas, by switching to the cheapest provider before winter comes. Comparison sites such as CompareTheMarket or Uswitch can help with this.

If you are working from home, you can also claim £6 a week in tax relief on your household bills. If you complete a self-assessment tax return you can claim through this, otherwise these expenses can be claimed online at gov.uk.

The next six months look uncertain, but there is help as we navigate these difficult times.

MORE: Where does the UK government borrow money from?

MORE: Why you should save for a pension now, however old you are