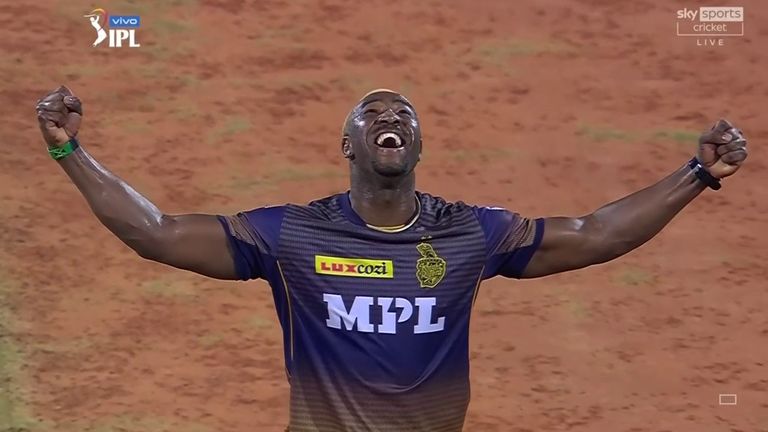 Russell is joined in an 18-man squad for the three five-match series by bowlers Sheldon Cottrell, Oshane Thomas and Hayden Walsh Jr, as well as batsman Shimron Hetmyer.

Veterans Dwayne Bravo, Fidel Edwards and Chris Gayle are also in the party, which will quarantine and train in St. Lucia ahead of the series opener against South Africa in Grenada on June 26, with the subsequent series against Australia and Pakistan taking place in July and August.

But Narine is absent having indicated earlier this year that he is fine-tuning his game. The off-spinner’s action was reported last October during the Indian Premier League but was subsequently deemed fair.

Captain Kieron Pollard remains at the helm as West Indies prepare to defend their 20-overs World Cup title in India later this year.

“These upcoming T20Is are crucial in terms of our preparation for the ICC T20 World Cup,” head coach Phil Simmons said.

“We have assembled a very solid squad with experienced world-class match-winners and some exciting young talented players ready to explode onto the global stage and do great things for West Indies cricket.

“We are at that point where we have identified those who we will look to be the core of the squad to defend our World Cup title.

“We won five years ago, so the next few weeks and months will be major stepping-stones on the road towards defending our title and being World Champions for a third time.”