Jaw-dropping moment French skier Maxence Muzaton makes stunning recovery from 70mph crash as he lands back on his skis IN REVERSE leaving commentator to admit ‘its one of the luckiest escapes I’ve ever seen!’

French skier Maxence Muzaton made an astonishing recovery after losing control at 70mph during the Alpine World Ski Championships.

The 30-year-old caught an edge in the men’s downhill event in Cortina, which sent him tumbling down the hill at high speed.

After doing a 360 in the air, Muzaton showed great athleticism to stun those watching by landing on his skis in reverse. 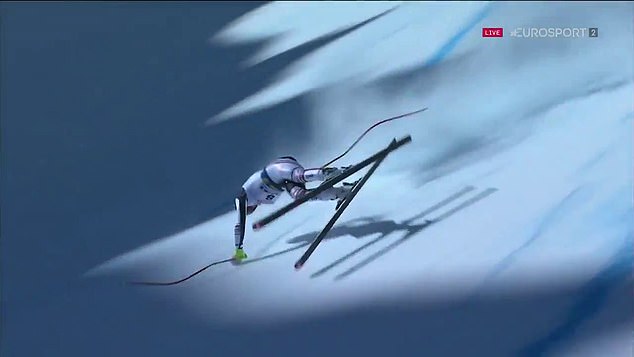 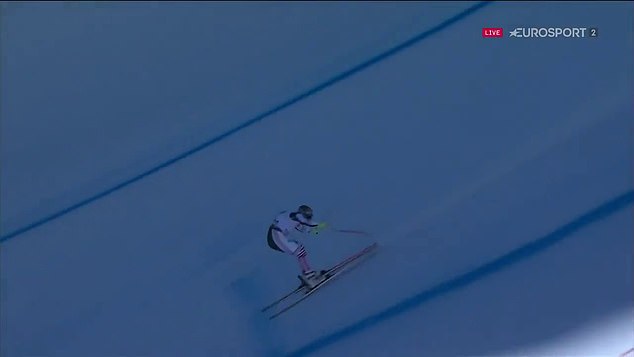 Muzaton looked stunned after his miraculous moment, as his fellow racers and stewards applauded him after he avoided a huge crash.

‘Look at that for a recovery,’ exclaimed Eurosport commentator Nick Fellow. ‘ A full 360 but he skis away from it.

‘Muzaton has one of the luckiest escapes I think I’ve ever seen and this is my 17th World Championships. How on earth did he manage to stay on his skis?’

Co-commentator Finlay Mickel was asked to try and explain what had just occurred.

‘He goes down, catches an edge, we talked about it with the women’s (downhill),  very grippy snow so it’s easy to catch an edge.

‘He rolls on, just catches an edge, goes hip down,  how he lands a switch there and stays on his feet, I have no idea.’ He added: ‘In reverse at 70mph is just remarkable.’

It was the second time he has sensationally recovered from a tumble this month. 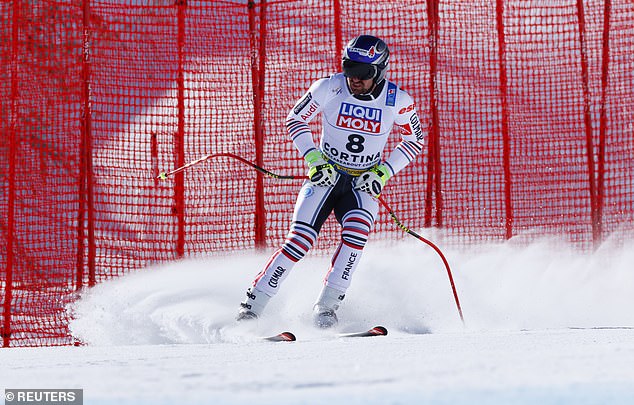 Austria’s Vincent Kriechmayr won Sunday’s showcase men’s downhill in Cortina by one hundredth of a second, the slimmest of margins, at the Alpine skiing world championships to complete a rare speed double on Italian snow.

The 29-year-old, who won the opening men’s super-G on Thursday, became only the third man skier after American Bode Miller (in 2005) and Austria’s Hermann Maier (1999) to win both speed races at the same championships.