A ballgirl was almost crushed at a tennis match in Spain after the umpire's chair collapsed.

The remarkable scene took place on Thursday at the Gran Canaria Challenger in Las Palmas. 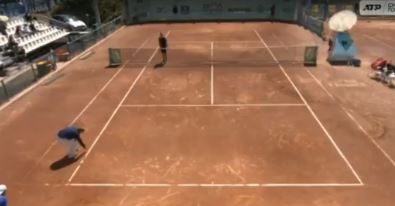 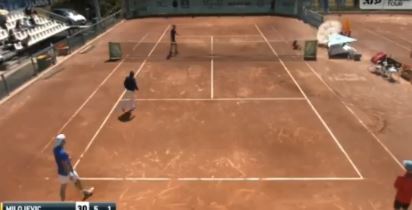 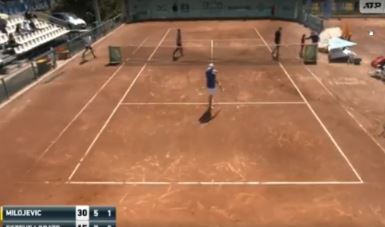 During a last 16 match between Nikola Milojevic and Eduard Esteve Lobato, all appeared to be going as planned before a shocking moment in the second set.

When the umpire got out of his seat to check a mark on the court, a gust of wind knocked over the chair.

And the ballgirl crouched next to the official's seat looked set to be crushed in tragic circumstances when the wind sent the structure tumbling.

But fortunately she was alert to the falling wreckage and managed to slide away before anything landed on her.

Immediately the players and officials came over to check she was OK and had not been physically injured.

BET OF THE DAY: GET £60 IN FREE BETS BY BETTING £10 ON RACE ONE AT DONCASTER THIS SATURDAY

Reacting on social media, one person said: "There was a 'are you okay?' on the very end from the umpire. I think the kid answer 'si, si, si' again. He (she) was clearly shaken up."

The girl was then removed from the match and given a medical check to look for any possible injuries.

Lobato went on to win the match in straight sets, defeating Milojevic 7-6 6-3.

He will now face Italy’s Giulio Zeppieri in the quarter-finals.