THIS is the dramatic moment Petr Yan illegally kneed Aljamain Sterling on the way to a disqualification defeat.

Yan was informed by the referee that the challenger was on the floor, so therefore was deemed a downed opponent and could not be hit. 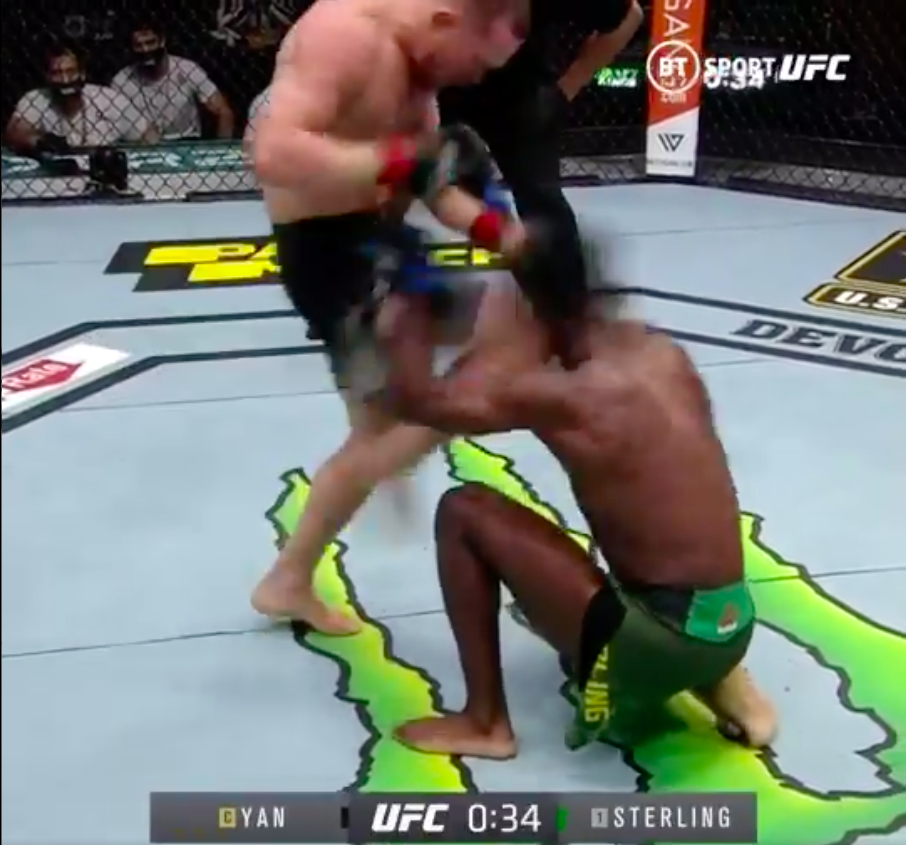 But in a moment of madness, the Russian threw a knee which connected, leaving Sterling all-but knocked out.

As the American was unable to fight on, Yan was disqualified and lost his bantamweight belt.

It resulted in mixed emotions for Sterling, who was crowned the new champion after the blatant rule break.

But he even THREW the belt to the ground and was clearly struggling with the affects of the knee, later being helped out of the octagon.

"I was trying to continue even being like that, I was in a bad shape and it would just have been ego taking over and just to get further punishment.

"The ref told me I was down. I don’t know. I understand that there is some heat, some bad blood a little bit, but it’s all rivalry."

Concussed Sterling insisted he wanted to continue fighting, but admitted it was the right decision to pull him out.

He said: "I wanted to continue. The fight was fast paced, it was a lot of action, I know the fans were enjoying that.

"This was potentially going to be one of the fights of the year or one of the greatest bantamweight fights in history for the title.

"The action was nonstop until that point. Sorry fans. Sorry that the fight went like this.

"I hope we get to run it back, do it again and give you the fight you guys deserve."

Despite being visibly shaken by the shot, fellow UFC fighters were not so convinced.

Including former champion TJ Dillashaw, who has recently served his two-years suspension for a doping offence. 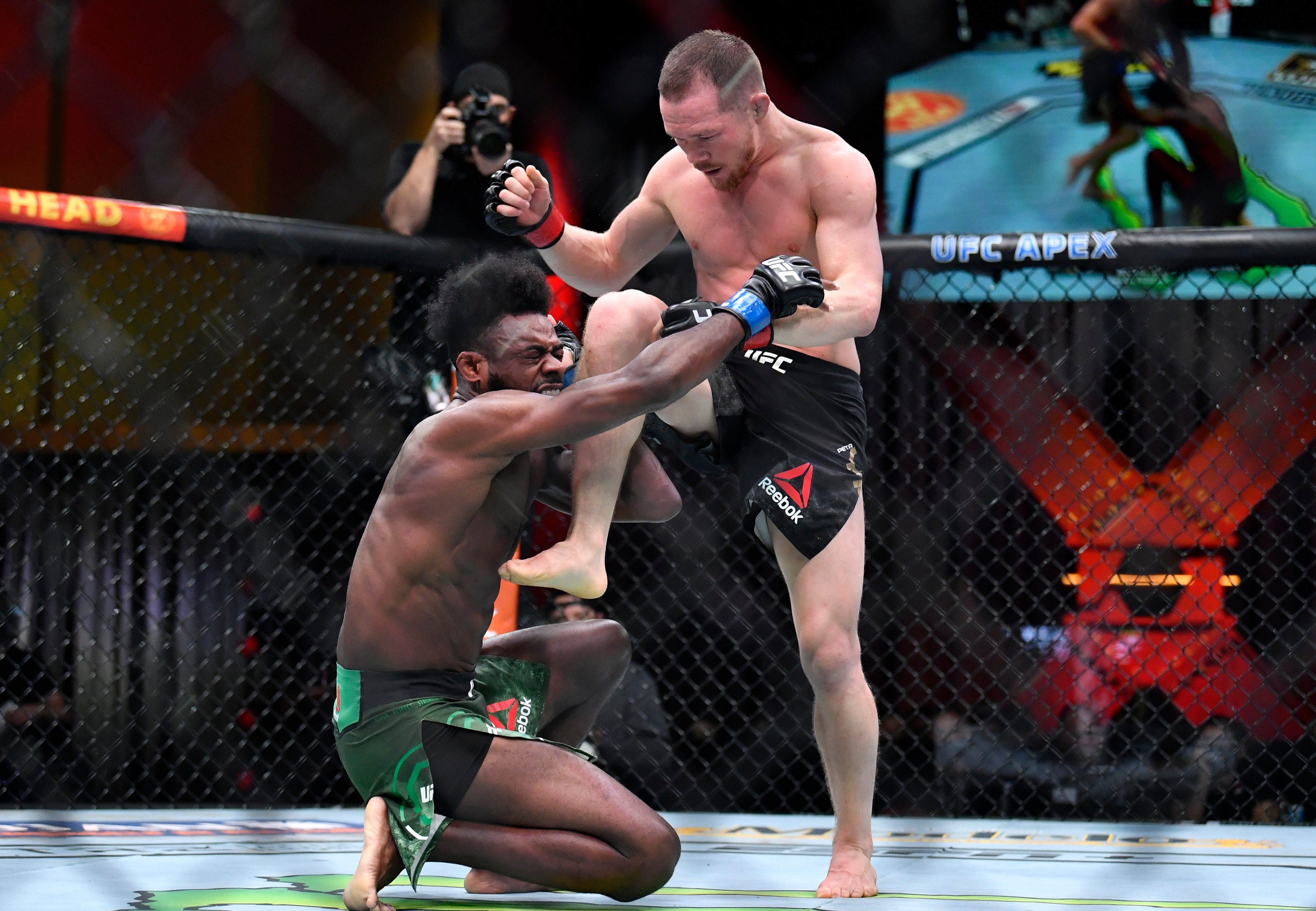 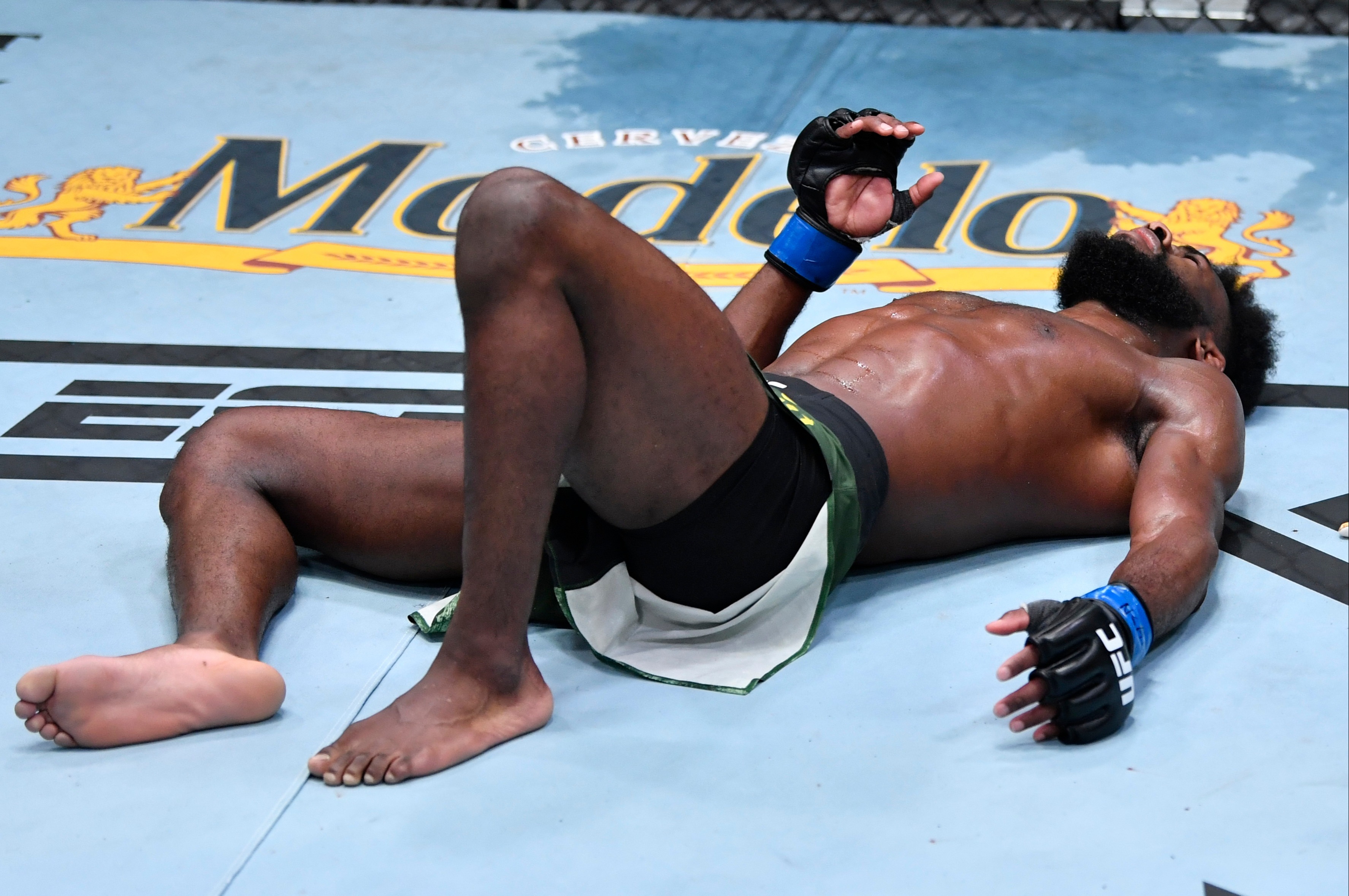 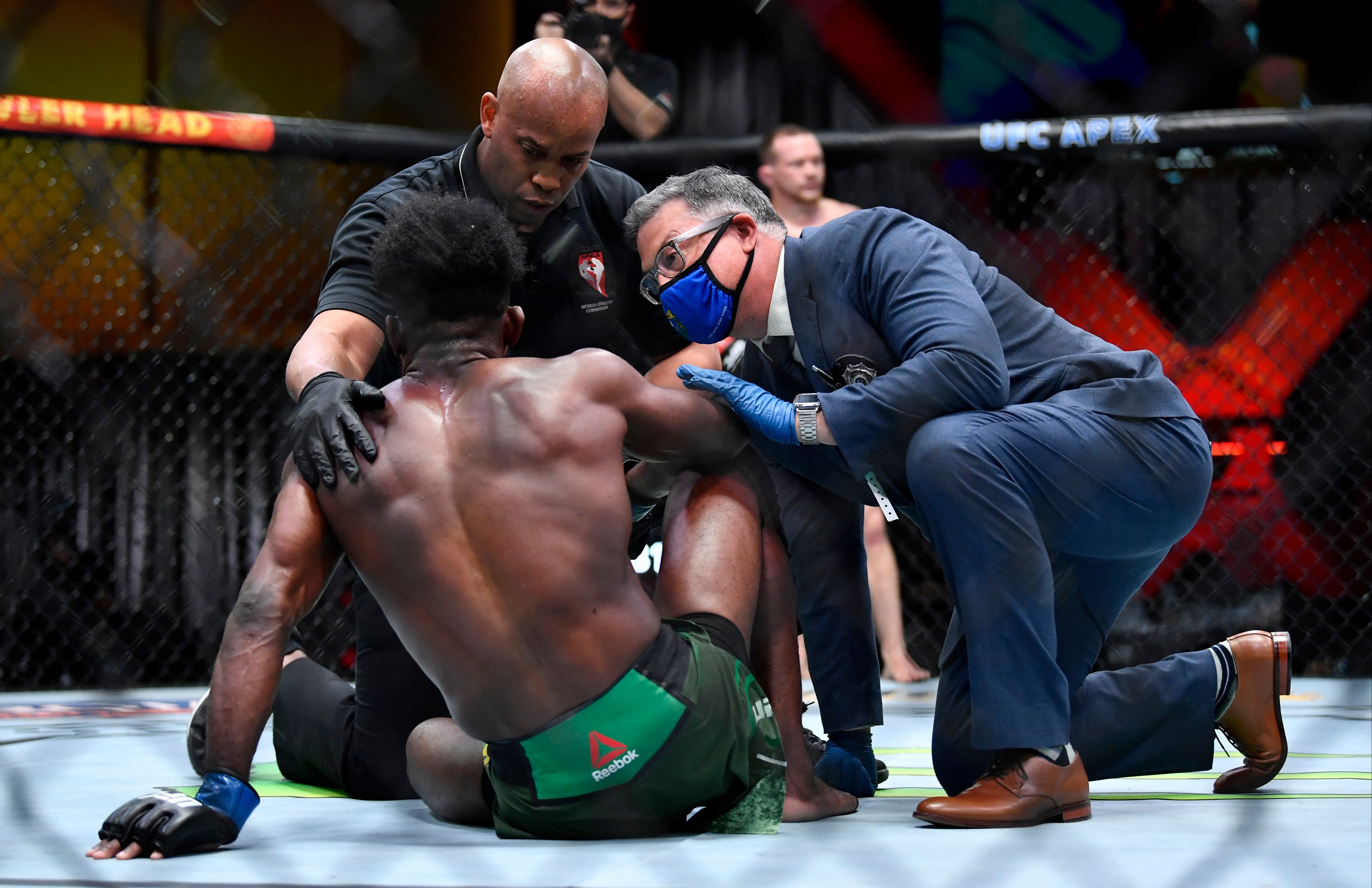 Dillashaw, 35, tweeted: "And the Oscar goes to @FakeMaster for Best Actor in a Title Fight and Petr Yan needs a crash course in the rules of the sport he was once champion in.

He posted: "I apologize and wish speedy recovery to @funkmasterMMA I didn’t mean to throw an illegal strike, I just made a big mistake and paid for it."