WITH no fans in stadia creating raucous atmospheres because of the coronavirus, BT Sport have been bringing viewers raw footage unearthing what players have been saying during matches.

While most fans at home have been opting to watch with enhanced crowd noise as a means of combating the eerie TV behind-closed-doors experience – there has been the odd gem to be heard from the players. 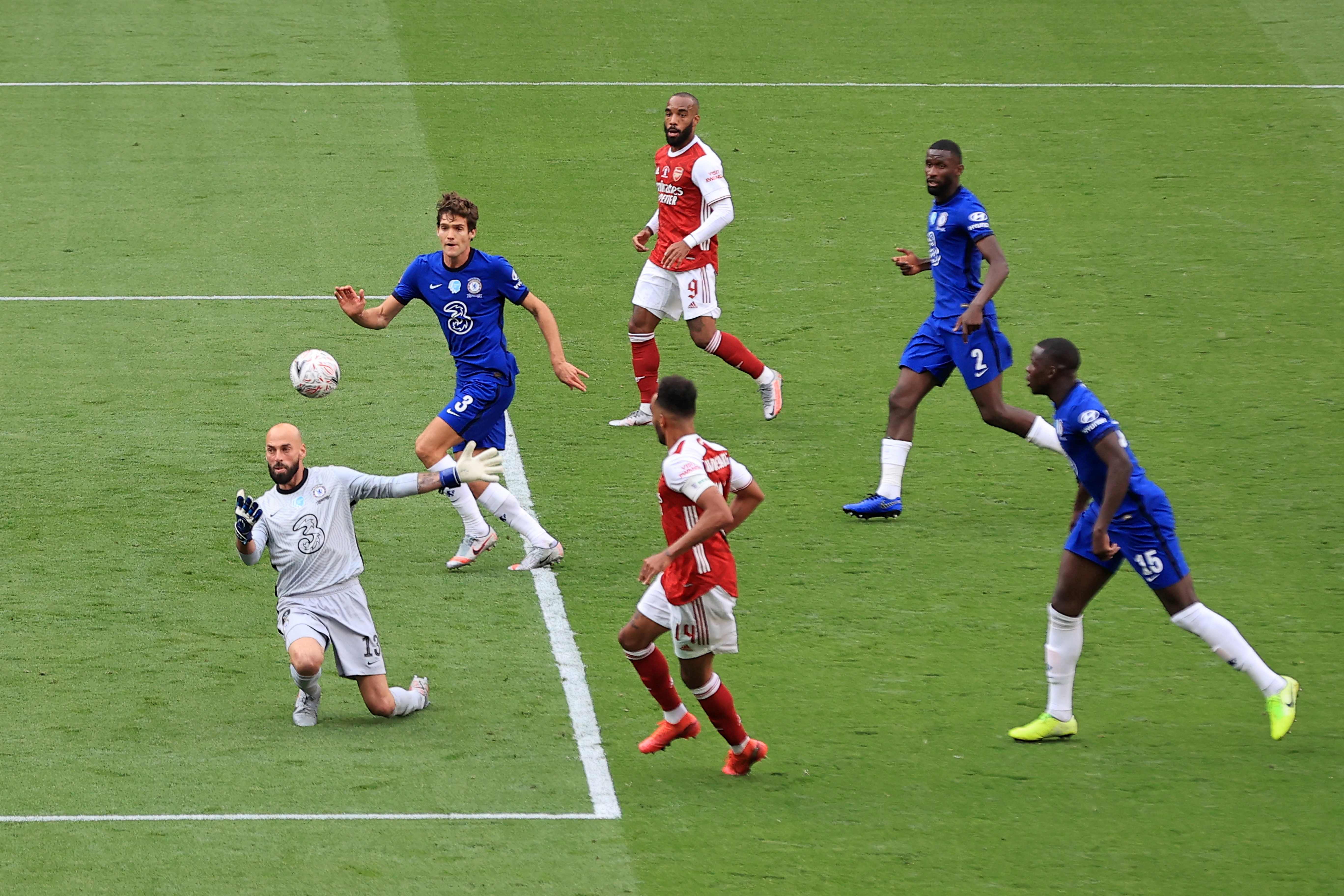 Chelsea's stars have appeared to get particularly annoyed with each other in recent weeks, with microphones picking up shouts of "Kepa!" as the Blues' defence implored their goalkeeper to claim a free-kick against Liverpool.

And on Saturday it was Jorginho's turn to be picked up complaining.

With the score level at 1-1, and with Pierre-Emerick Aubameyang running at Kurt Zouma, the midfielder shouted at his centre-half to watch out for the Arsenal's skipper's "right foot".

The Frenchman seemingly did as he was told… before Aubameyang ducked onto his left and clipped the ball elegantly over Willy Caballero.

Jorginho's frustrated reaction could then be heard, as he said: "Argh Zou" in the wake of Aubameyang's smart finish.

Zouma and Jorginho have been largely blameless as the Blues' inquest into their defeat has rumbled on, however, with referee Anthony Taylor the subject of most ire.

That is nowhere near [a red card] and it changes the game.

The official, who became the first to ever referee more than one cup final, has come under intense scrutiny after his decision to award Arsenal a penalty when Cesar Azpilicueta fouled Aubameyang in the box – and for awarding Mateo Kovacic a second yellow card with 17 minutes remaining.

Manager Frank Lampard said after the game: "That is nowhere near [a red card] and it changes the game.

“I cannot fault the lads effort for pushing, but that is never a red card. Again, coming back to us we did not do enough to win the final. 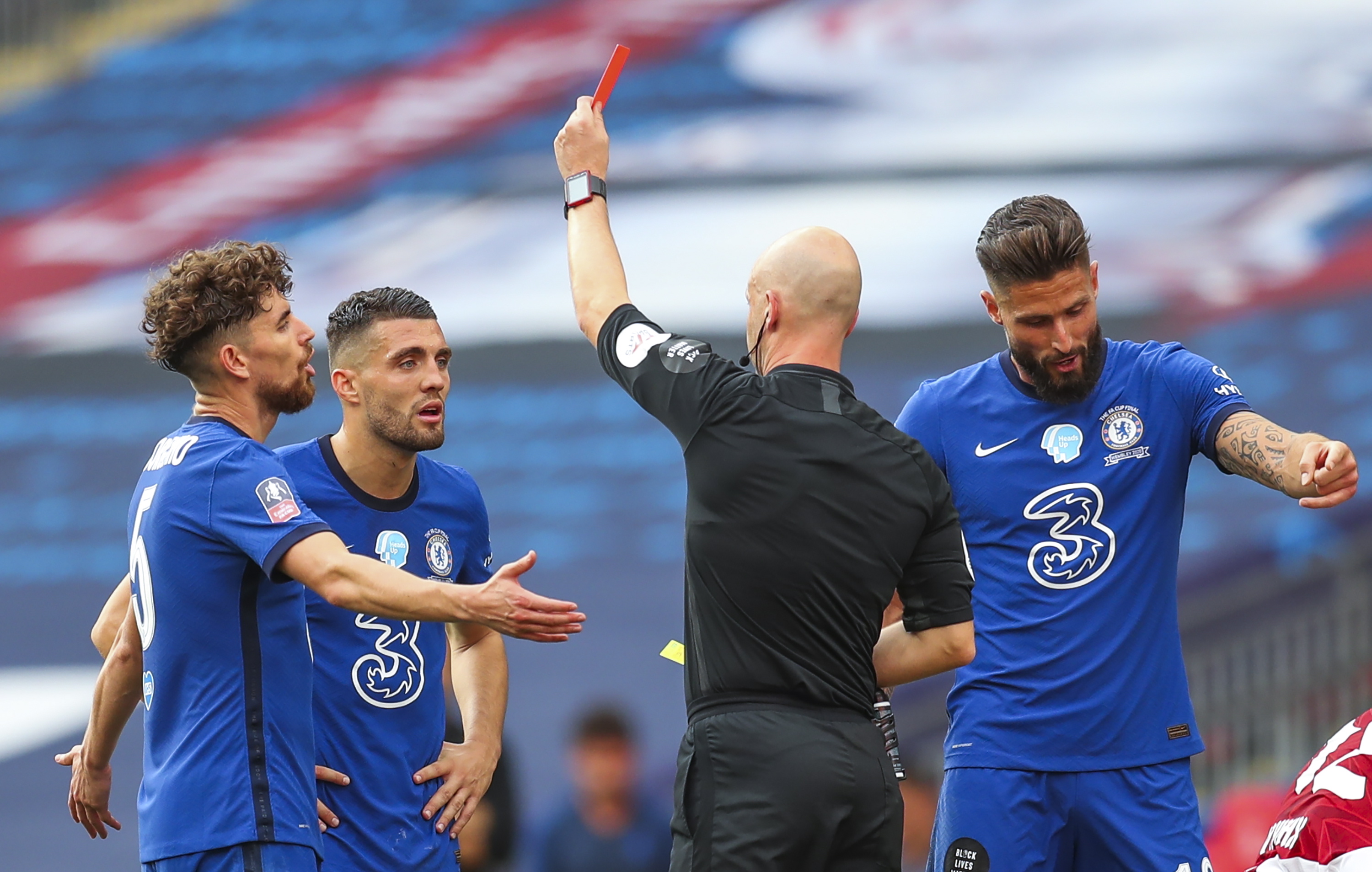 "What kind of rule is that? There has always been this one about how you couldn't challenge two yellows.

“Someone is sitting there stubbornly sticking to their guns on that one because if we have VAR that is great.

“Let's use it as much as we can to get the right decision.”