ARSENAL were denied what appeared to be a clear-cut penalty thanks to VAR during Sunday's clash with Leeds – only to be awarded one just moments later.

The Gunners were left enraged after video replays overturned referee Stuart Attwell's original decision to award a spot-kick with the hosts holding a slender 1-0 lead.

Flying winger Bukayo Saka appeared to be bundled over by Liam Cooper as he raced menacingly into the the area.

The Leeds defender charged towards him and seemed to knock Saka to the turf.

However, the England ace also appeared to trip over his own toe in the build-up.

And after calling for VAR, Attwell overturned his initial decision and awarded Leeds a free-kick.

Arsenal were already leading 1-0 at the Emirates thanks to Pierre-Emerick Aubameyang's early strike.

And the skipper doubled his side's lead from the spot thanks to a glaring howler from Illan Meslier moments before half-time.

The Leeds No1 dawdled on the ball, allowing the lively Saka to pounce.

In a desperate bid to fix his mistake, Meslier hacked Saka down, leaving Attwell in no uncertainty – swiftly pointing to the spot. 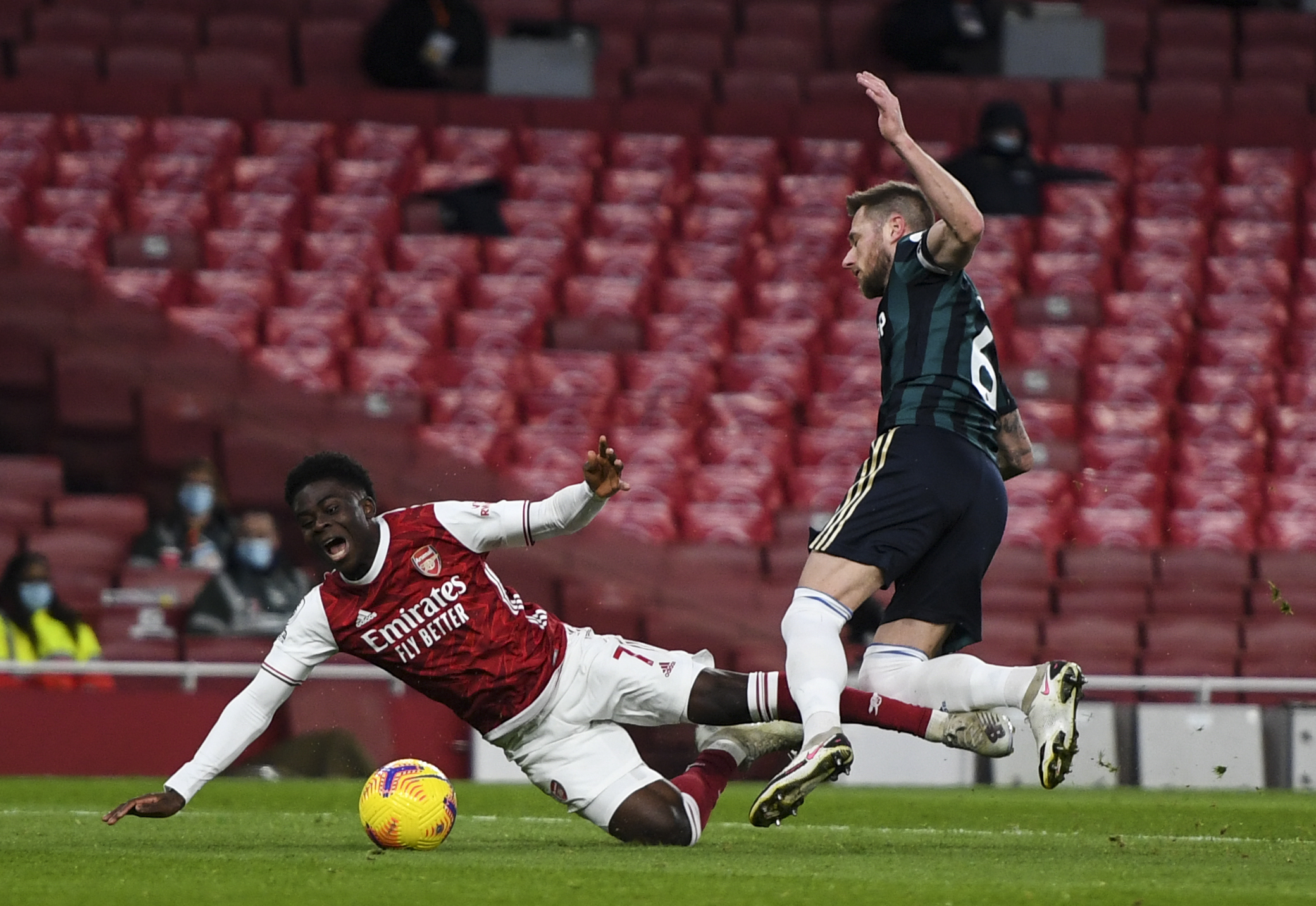 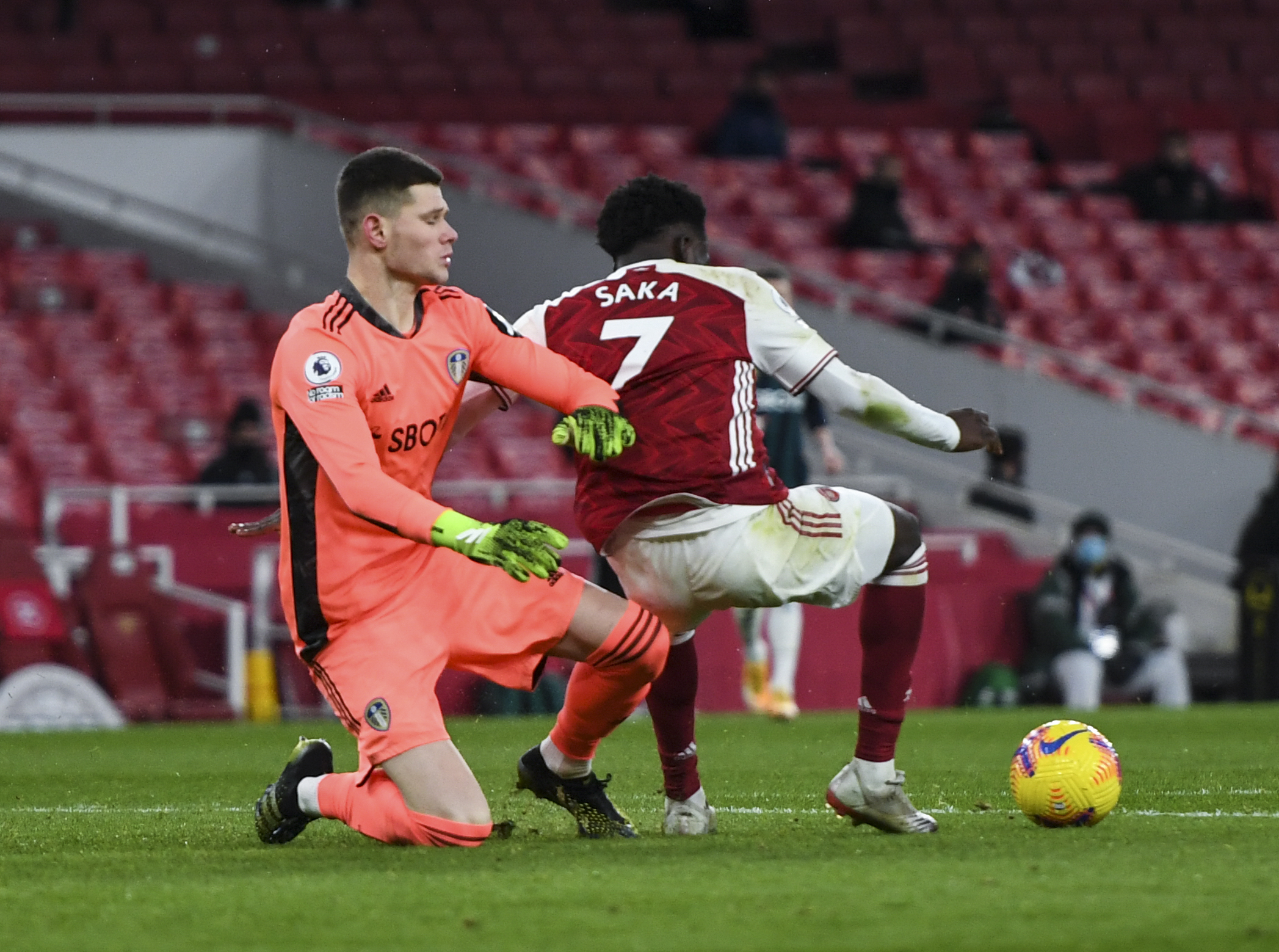 Aubameyang fired home the resulting spot-kick to put his side 2-0 up just before the break.

The first-half double marked a return to form for the Gabon star.

The Gunners skipper scored a magnificent solo goal to give his side the lead in the 12th minute.

And Auba celebrated by showing off the famous Dragon Ball Z on his right leg.