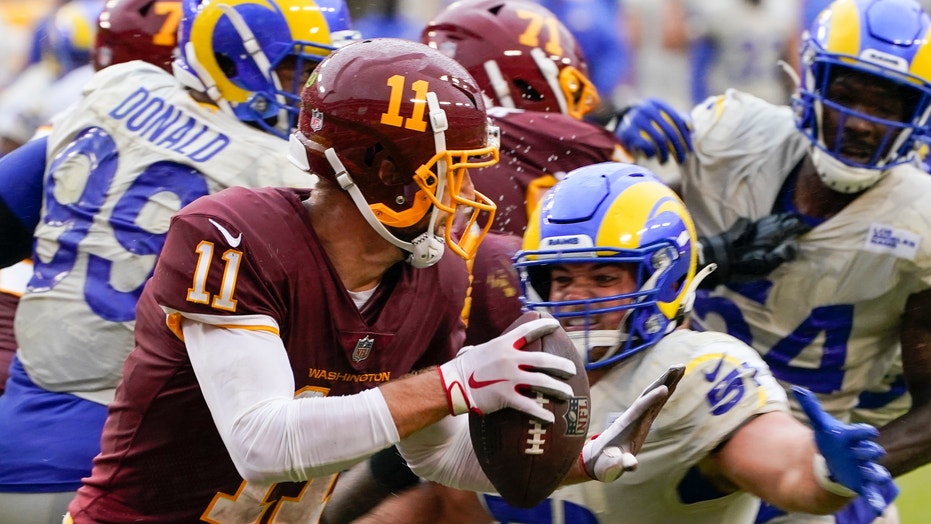 For quarterback Alex Smith, it was a long time coming.

Smith took the field for the Washington Football Team when starting quarterback Kyle Allen was injured on a hit by Los Angeles Rams cornerback Jalen Ramsey.

NFL DOES MAJOR JUGGLING OF SCHEDULE DUE TO CORONAVIRUS

It was the first time Smith made an appearance in an NFL game in 693 days. He broke his right tibia and fibula 23 months ago and had a long road to recovery. Smith’s career was in jeopardy when he was injured two seasons ago, and underwent 17 different surgeries. He also survived a life-threatening infection.

Smith was cleared to practice in August and became the backup when head coach Ron Rivera benched Dwayne Haskins and demoted the 2019 first-round pick to third on the depth chart.

Rivera said earlier this week he was confident putting Smith in a game because doctors gave the green light. Offensive coordinator Scott Turner said Smith had not been hit in practice to prepare him.

His first contact against the Rams was a sack by Aaron Donald. Smith got up and jogged off the field. He completed 9 of 17 passes for 37 yards in Washington’s 30-10 loss to the Rams.