Want to find a man in midlife? Lie and say you’re under 40, says KATE MULVEY

One evening last summer, I found myself dining in a Chelsea restaurant with a successful businessman aged in his mid-60s (I was 56).

From the moment he pulled up his chair, it was clear we were going to get on. We swapped amusing anecdotes about wearing hazmat suits to the supermarket and whether we’d ever be able to sunbathe in the Med again.

Then, just as we were waiting for the main course to arrive, a group of pretty young women waltzed in and sat down at the table next to us.

If I’d told him I’d won the lottery and stripped naked there and then, it wouldn’t have made a jot of difference. From the moment they unfurled their honey limbs and tilted back their glossy manes, my date was mesmerised — and not by me. 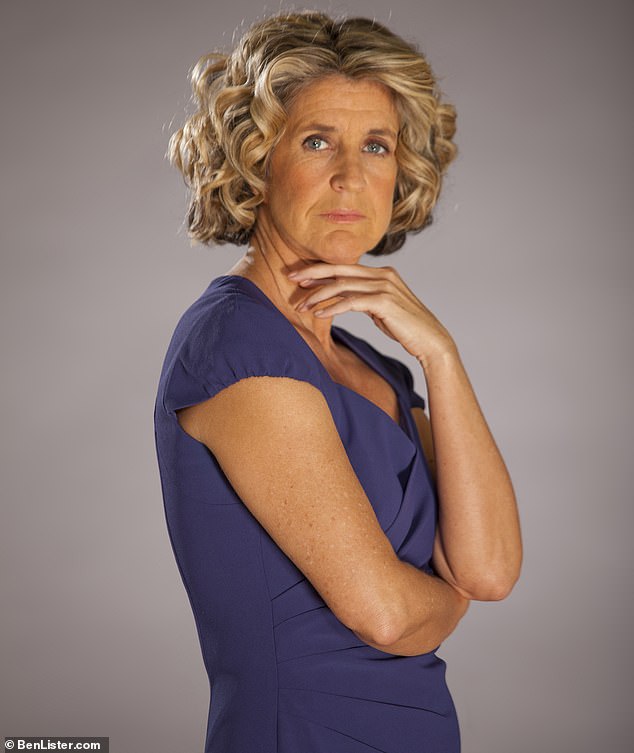 Kate Mulvey (pictured) who claims men have rejected her because of her age, argues there’s an unspoken rule in society that women over 40 are pass their seduce-by-date

Later that evening, I received a text. ‘Thanks for joining me Kate, you’re a lovely person, but it hasn’t worked out.’

In other words, polite man-code for ‘Sorry honey, but you’re far too old.’

I felt humiliated. Rejection, even from a virtual stranger, is tough. But when the man in question is a good few years older than you, it is positively galling.

Welcome to the modern world of dating, where midlife women find themselves relegated to the bargain basement of love. Society, it seems, has an unspoken rule that women pass their seduce-by date the minute they blow out the candles on their 40th birthday cake.

So when I read last week that aristocrat Charles Villiers has accused his estranged wife Emma of falsely claiming she was 35 — five years younger than she actually was — when they wed, and therefore costing him a larger family as a result, I wasn’t surprised in the slightest.

Poor love, I thought. Although I get it; because I lied about my age to get a date when I was fortysomething.

Following a nasty break-up, I started dating again when I was just shy of 42. Nervously, I uploaded a smiling picture of myself and eagerly anticipated stepping out with an eligible bachelor; similar age, looks and education.

Yet, while I spent my days clicking likes, the only ones who seemed interested in me were the balding men in their late 50s and 60s. It didn’t take long for the penny to drop.

So, on the next online dating site I joined, I was reborn as a fun 36-year-old. The difference in the male response was startling. My popularity soared and messages pinged into my inbox like confetti. 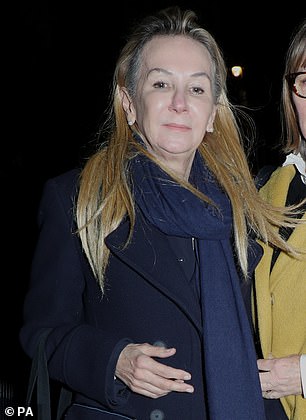 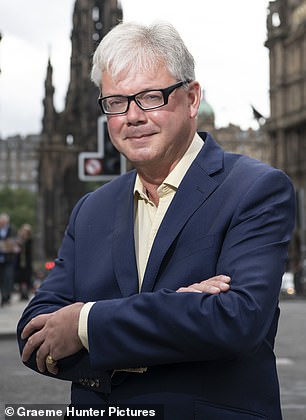 Then I met Chris, a 47-year-old publisher with jet black hair and laughing eyes. I was attracted to him immediately.

On the first date, we didn’t stop talking until the waiters started turning out the lights. Soon we were inseparable, walking along the river holding hands and putting the world to rights.

We cooked together, danced around the kitchen to 1970s disco, and by the end of the year we had even said the L-word. One evening, sitting on the veranda of his flat in Kingston, there was a tentative chat about where we were headed.

He gamely asked me to move in with him, I said I did dating or marriage. He offered to ponder the latter. I was over the moon and in what I thought was a celebration to seal our love, he invited me on holiday to Italy.

Standing in the airport queue with my suitcase full of brightly coloured dresses and sparkly bikinis, I was so looking forward to a week of sun, sea and (hopefully) an engagement ring. 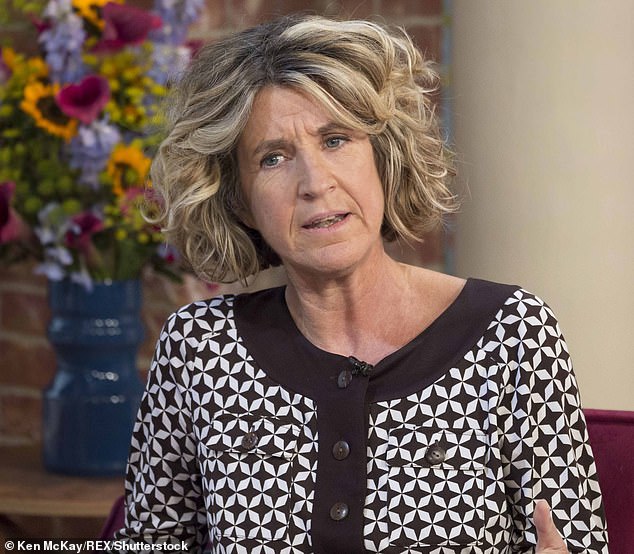 Kate (pictured) met Chris, a 47-year-old publisher, on a dating website after pretending to be 36, however he dumped her when he discovered her real age

Until he turned to me furiously and shouted: ‘What! You’re 42?’.

Without thinking, I had given Chris my passport to check us in. ‘You told me you were 36!’ He was clearly fuming as he muttered something under his breath then stormed off.

Six silent hours later, as I lay motionless on our bed in the hotel room, Chris was still muttering while systematically working his way through the mini-bar.

Apparently, he had to ‘process’ the news that he was in fact only five years older than me. I think my lie had hit him hard, because like Villiers, Chris wanted to have kids. At 47, he wasn’t getting any younger, and he imagined that at 36 I was nicely in the middle of my childbearing years.

To hear I was in fact six years older was a blow. For a start, it would have meant trying for children as soon as we tied the knot.

To be honest, I think he just wanted to have his cake and eat it kids-wise; to produce an engagement ring as asked, but to spin things out for a couple more years before the real commitment of babies kicked in. 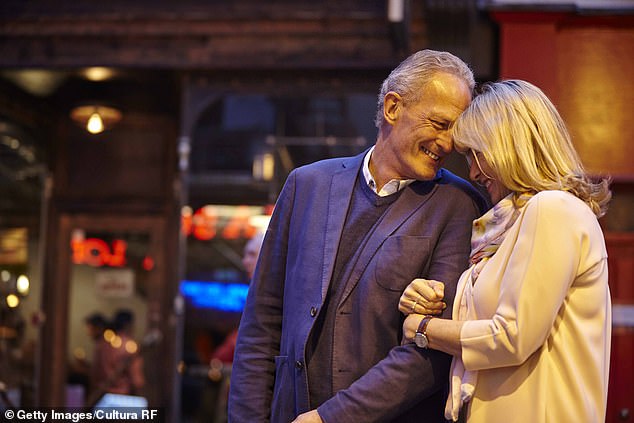 The following morning over croissants and coffee, sick of the sulking, I asked him if he would have contacted me on the dating site if I had put my real age. Probably not, he admitted.

I told him he had made my point for me, and could we put it behind us? But he didn’t see it that way, and retreated back behind a wall of unrelenting silence.

I left him to it and headed off to the beach. He disappeared for hours on a hike, only creeping back into the hotel room that evening.

Needless to say, our year-long romance didn’t last beyond the flight home. The following day, he texted: ‘Sorry, but I know myself and I will never be able to trust you again.’

That was that, I was binned.

Some people will say I deserved to be dumped. After all I did lie to him. But surely it’s understandable why women like me have to bend the truth a bit?

One man I met online several years ago messaged to say that I looked great for my age — 48 — but 40 was his cut-off point. He was 54. It felt like a slap in the face dressed up as some kind of praise. 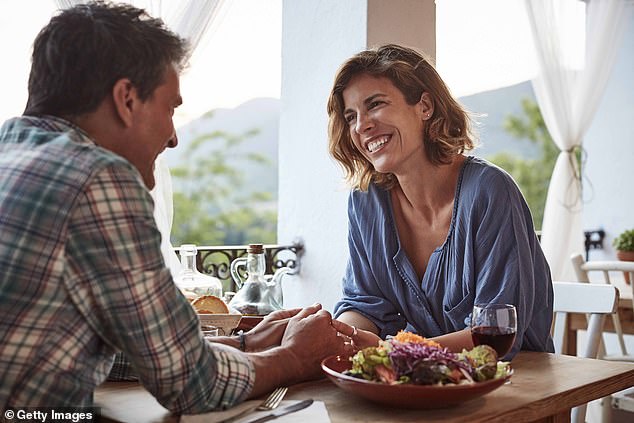 Kate said to be passed over by the kind of men you think would be a good match, because they are chasing after a fertile 35-year-old, is hard to swallow (file image)

And surely age is just a number nowadays? Aren’t we all equal? Well, no it would seem not.

Economically we women may be getting there, but when it comes to the marriage market, it doesn’t matter how many glass ceilings we shatter — the double standard is well and truly alive.

Only the other week, an older male friend — supposedly tired of me whingeing about not having a boyfriend — wagged his podgy finger and told me to stop banging on and accept that I would never get married now because I’d missed my opportunity.

For men like him, even if a fiftysomething woman is prepared to look past the paunch, the bald patch and things not working as they should, she is simply beyond the pale.

To be passed over by the kind of men you think would be a good match, because they are chasing after a lithe, fertile 35-year-old, is hard to swallow.

The fact is, as online dating is more about filling in forms than eyes meeting across a crowded bar, age has become make-or-break, and I think it’s entirely understandable that some of us try to beat the system.