Vista was reporting its second-quarter earnings when CEO Chris Metz detailed what announced the backlog, which he called “unprecedented” for the company.

"We currently have over a year's worth of orders for ammunition in excess of $1 billion," Metz said during the Nov. 5 call. “With demand far outstripping supply and inventory levels in the channel at all-time lows, we see strong demand continuing, and this metric informs our viewpoint of what a recovery or normalization could look like."

He added that he was providing the additional context “to convey an underlying strength and strong foundational element to our business.”

In August, FOX Business reported that ammo was hard to come by after the number of gun purchases soared amid civil unrest and political concerns, among other reasons.

An estimated 1.9 million firearms were sold in October this year, a 65% spike from the same month in 2019, according to data provided by Small Arms Analytics and Forecasting (SAAF).

SAAF Chief Economist Jurgen Brauer said in a press release at the time that an estimated 18.6 million firearms had been sold so far this year, as 2020 “continues on its record firearms sales pace.” 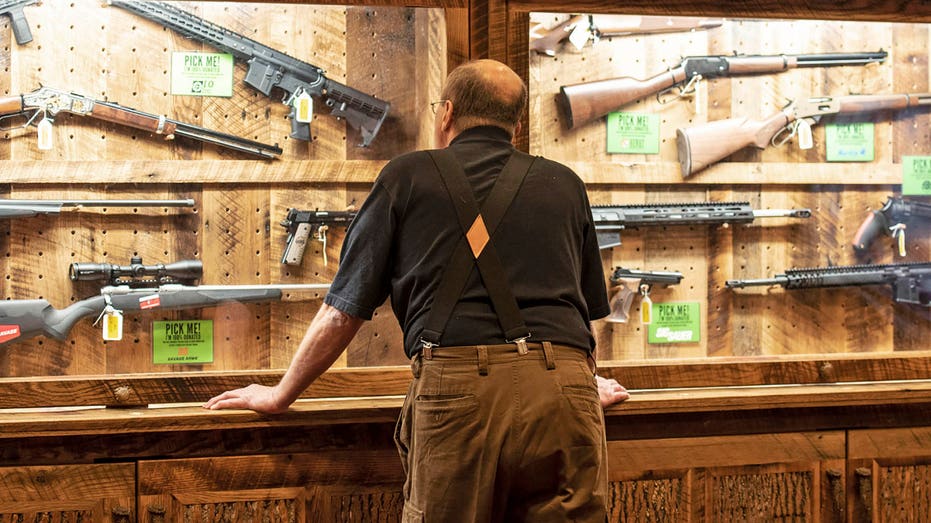 In this April 25, 2019, file photo, a man looks at cases of firearms in the halls of the Indianapolis Convention Center where the National Rifle Association will be holding its 148th annual meeting in Indianapolis.(AP Photo/Lisa Marie Pane, File)

In addition to its Remington acquisition, Metz attributed the quarter’s improved revenue to several factors, including the surge in hunting as people seek outlets amid the pandemic; the skyrocketing number of first-time gun buyers; and the increased diversity among firearms purchasers – “in part inspired by safety and personal protection,” he said.

“We've thrived as we watched the economy go up and down,” Metz said. “Politics permeate even further into everyday life.”

Headquartered in Minnesota, Vista’s sales were up by 29% year-over-year at $575 million, while gross profit had surged 78% to $162 million, Metz said during the call.