Virgin Media is rolling out a huge free upgrade that will see some customers benefit from faster internet speeds. The UK firm says it will be offering customers who subscribe to its Ultimate Oomph bundle a broadband boost which will increase their downloads by a whopping 120Mbps up to a maximum speed of 636Mbps.

At that rapid rate, you’ll be able to download a Hollywood movie in crisp 1080p HD in under a minute. Virgin says that the upgrade from M500 to M600 Fibre broadband is being rolled out to existing customers now and is expected to be completed by the end of February, so some users might not see things improve until after Christmas. Along with those zippy downloads, the supercharged bundled also provides average upload speeds of 41Mbps, which will be a real boost for anyone who uploads large files, like video, while working from home.

This is a totally free update although it is worth noting the Ultimate Oomph package is Virgin’s most expensive bundle, setting customers back some £77.99 a month for first 18 months and £139 once the initial period has ended. Ultimate Oomph includes those speedy downloads along with access to a wide range of content including Sky Sports and Sky Cinema. 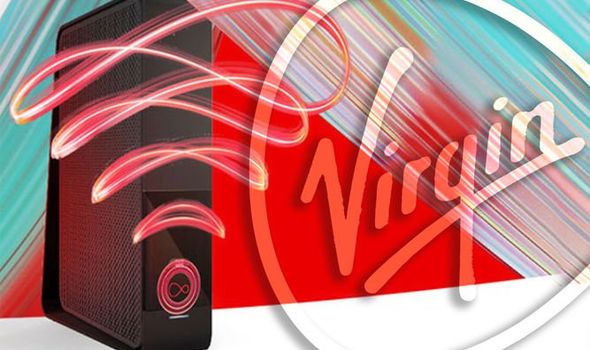 “Just the size of this upgrade, with an extra 120Mbps added, is faster than many other providers’ top broadband package. This highlights our commitment to giving customers more value and a fantastic service at a time when fast, reliable connectivity has never been more important.”

Along with this free upgrade, Virgin is also now offering more customers access to its Gig1 service.

The broadband supplier has just announced that it has switched on its Gig1 service in London and Northern Ireland which means millions more customers will now be able to access speeds in excess of 1Gbps.

At that rapid rate, you can beam a full HD movie to your TV in around 35 seconds – downloading the same film on the UK’s average speeds (60Mbps) takes over 10 minutes.

This update means that Virgin’s Gig1 service is now available in over six million homes across the UK. And the Internet Service Provider (ISP) says it hopes to have over 15 million homes connected to its Gig1 speeds by the end of 2021.

Prices for Gig1 start from £62 per month which is a lot more expensive than Virgin’s lower speeds.