Virgin Media and BT have both announced improvements to their superfast broadband offerings – topping out at speeds around 1Gbps. At that speed, you’ll be able to download a Hollywood blockbuster in under 60 seconds.

Virgin Media and BT are slowly rolling out this turbo charged service across the UK right now, with more areas being added to the new-and-improved fibre service each week. However, these companies look set to be totally outclassed by a new rival you’ve probably never heard of.

Swish Fibre has announced its fibre broadband plans and, if it can stand by its promise, you might want to sit up and take notice. According to Swish Fibre, it is bringing a ludicrously fast 10Gbps full-fibre broadband network to over 250,000 homes and businesses in the coming months.

That speed is 10 times faster then the maximum speeds currently on offer from Virgin and BT and would allow customers to beam a movie to their TV in a matter of seconds. Downloading photos, apps and making video calls would all happen without the hint of a buffering animation. 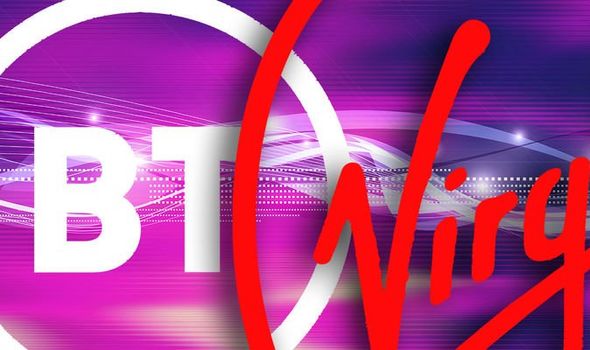 Swish says that Marlow will be the first to benefit from its 10Gbps network, quickly followed by Gerrards Cross, and Beaconsfield. According to the latest report, surveying and planning is complete for these towns and work is now underway in Gerrards Cross, with Beaconsfield due to start in Autumn 2020.

Swish Fibre is then confident that it be active in at least ten of the towns in its roadmap by June 2021. Speaking about the upgrade, Swish Fibre CEO Brice Yharrassarry said: “We’re thrilled to announce our wider rollout plans today, which brings the first phase of full fibre rollout up to a quarter of a million properties covered in the Home Counties.

“Construction works on the ground are progressing extremely well and the early signs of interest within Marlow has exceeded our expectations. We’re excited to have started civils work in Gerrards Cross and are on track to be active in at least ten towns by June 2021..”

There’s no word on price for this service, but we wouldn’t expect it to be a bargain. As an example, both BT and Virgin Media currently charge around £60 per month for their fastest broadband speeds which is over double the price of a standard connection.

If Swish brings 10Gbps to homes it could be even more expensive. We’ll have to wait and see just how competitive Swish is but if you live in one of its launch towns and want unbelievable fast broadband it might be worth checking them out.