TYSON FURY brought the thunder – in more ways than one.

The Gypsy King is training in South Florida for his blockbuster showdown with Anthony Joshua this summer and decided to check out Phil Neville’s Inter Miami side at the nearby Drv Pnk Stadium. 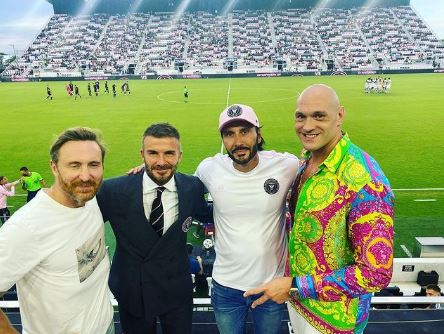 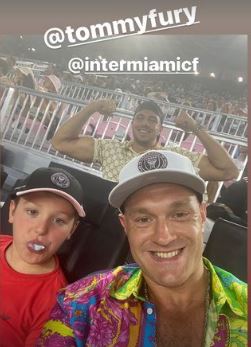 Montreal cut Nev’s men down to size in the first half to leave them sprawling on the canvas and seemingly out for the count at 0-2 down.

But shortly after the break, wild lightning and rain storms KO’d the clash for over two hours as the often crazy Florida weather took hold.

Fury seemed to enjoy himself before the soggy stoppage, chatting to Bulgarian legend Hristo Stoichkov at half-time and happily posing for pictures with supporters.

But Beckham and pal Neville have certainly had better nights as Inter Miami were sunk in the deluge by the Canadian side who were great value for their second win of the season.

The game – which was halted at 8.43pm local time – finally resumed at 11.04pm and although most fans in a reduced crowd of 8,020 had gone home, a fair few stayed in the hope of witnessing the mother of all comebacks.

It didn’t happen despite a slightly improved showing after that nightmare opening 45 minutes and Neville, who could have gone top of the Eastern Conference with a win after a three match unbeaten streak, said: "The first half was unacceptable and we all take the blame, including myself.

“We have work to do but there’s no time to mope around. We have worked on compactness but looked ragged in the first half which was the most disappointing thing.

“Football has a way of knocking you back to the ground and this is a reality check.” 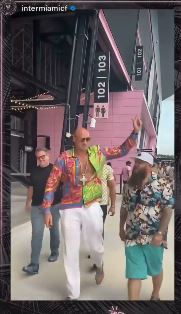 Becks was in the house hoping for a much needed victory following last weekend’s home 1-1 draw with Atlanta.

Instead he was left squirming – and squelching – with the fans as an early, double blast from Montreal’s Norwegian hitman Bjorn Johnsen totally deflated Miami hopes.

Both goals – on 14 and 25 minutes – saw Johnsen finish well, yet as a defensive unit the home side were found wanting.

Neville’s team, marshalled at the back by Stoke legend Ryan Shawcross, had looked solid in the opening games of the campaign but the backline was creaking last night.

And with the midfield and attack failing to fire once again, Montreal, who are currently based here in Fort Lauderdale because of Canadian COVID-19 restrictions, felt right at home as they ultimately eased to a comfortable win.

Brek Shea and Jay Chapman both went close before Johnsen’s killer second but in truth, Becks’ boys deserved nothing. 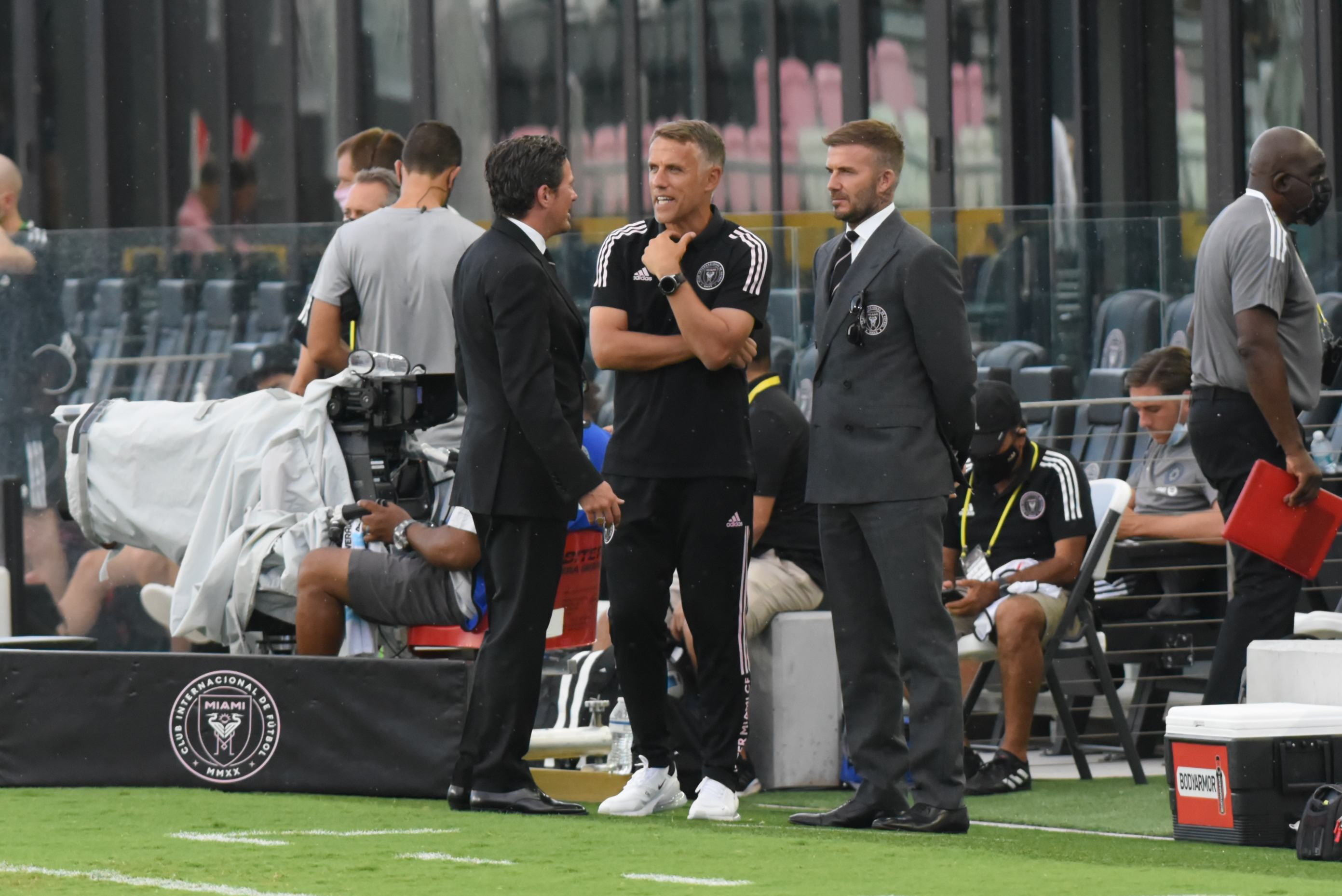 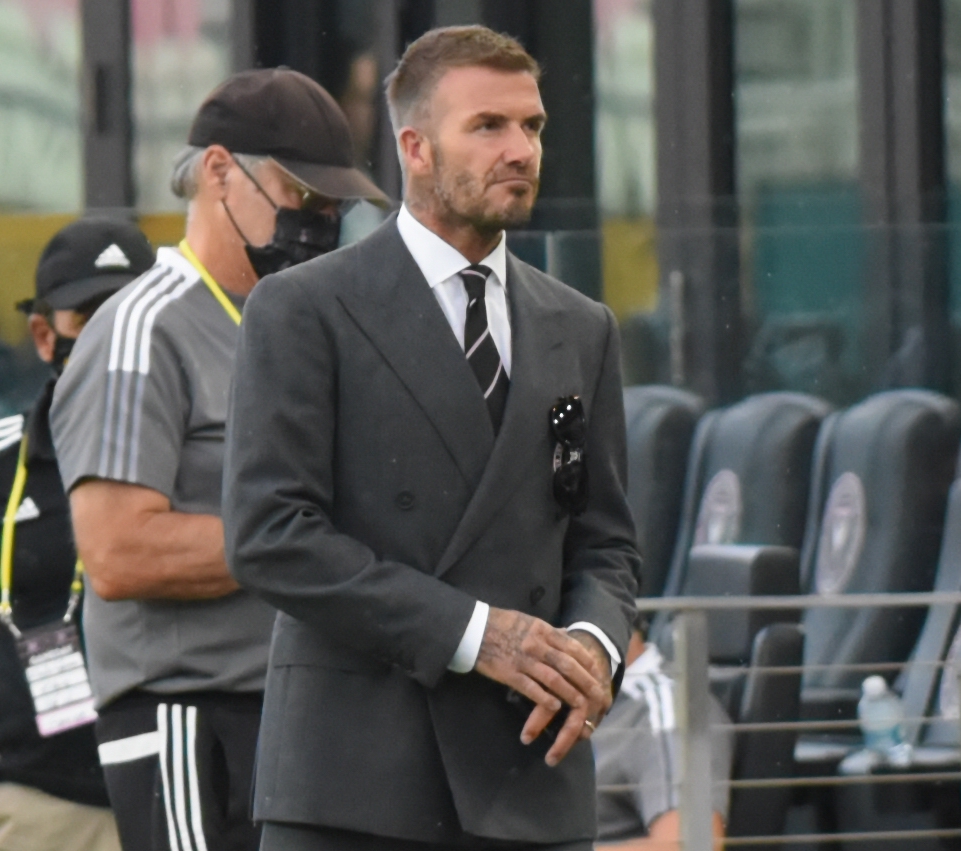 Neville has now lost two, won once and drawn twice in his opening five games and although the team have improved since the former Manchester United favourite arrived, this performance disappointed him.

Mexican international Pizarro has been well below par this term and could be on his way out this summer if a buyer is found which would handily free up one of the three designated player slots.

Matuidi is also struggling and is yet to really show the kind of form which saw him win the World Cup with France in 2018.

Former Real Madrid and Juventus frontman Higuain always looks dangerous with the ball – but he was left banging his head against a brick wall here.

The Argentine ace was starved of possession and made little impact. 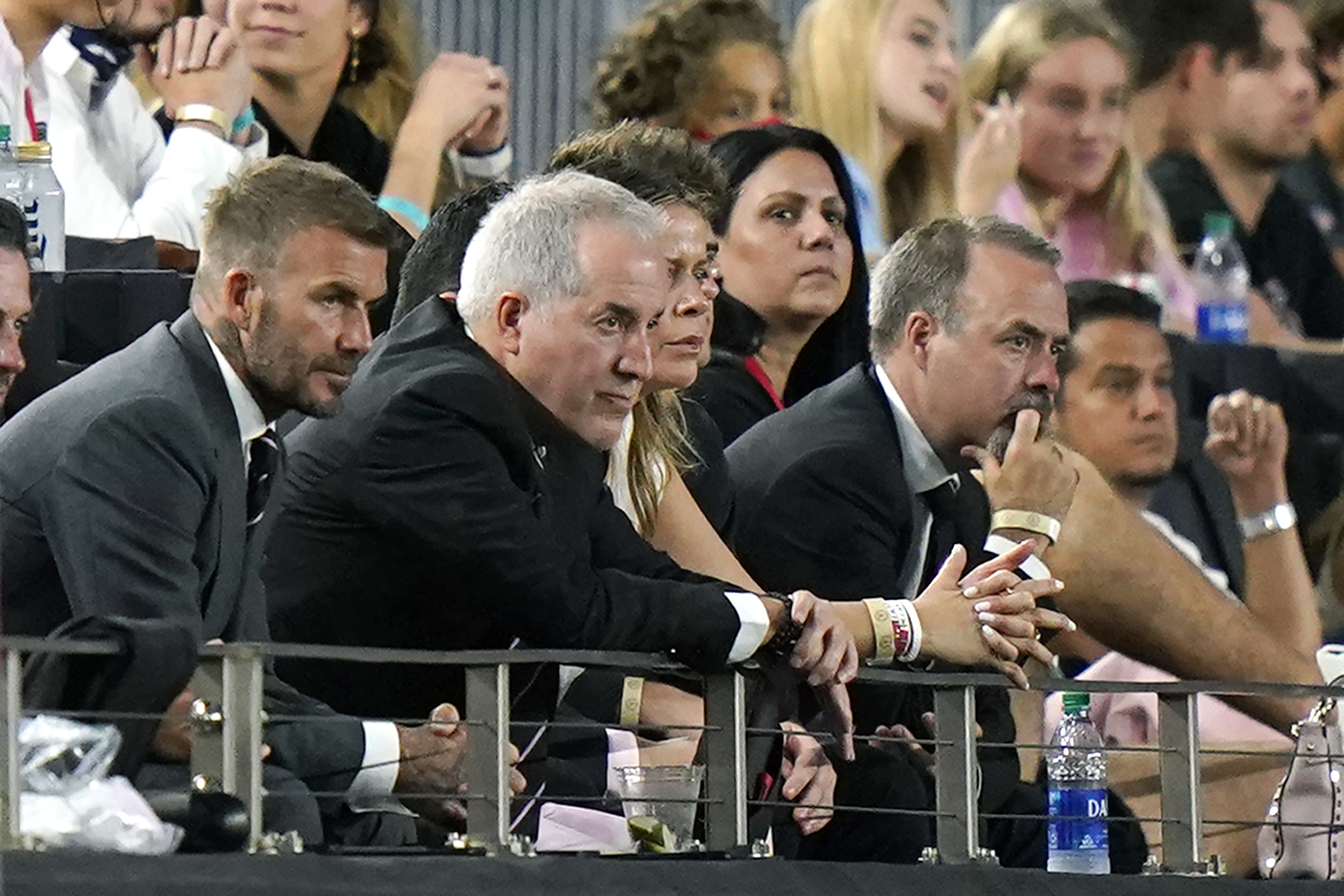 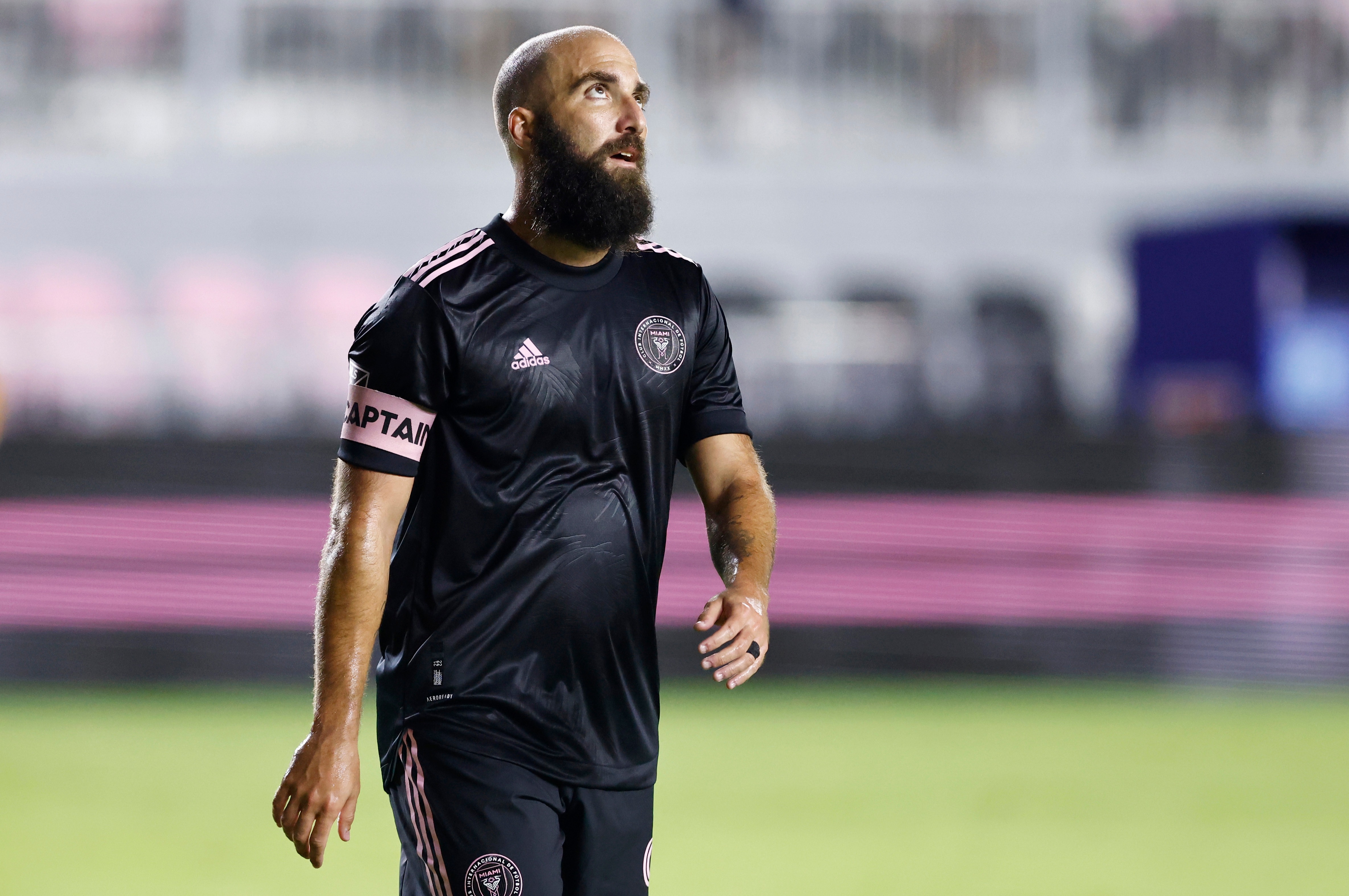 Neville said: "You need everyone to contribute to help the individuals play well but for our special players to get the accolades, you can’t do it on your own.

"I’ve seen it over the last 30 years, without the work ethic and team ethos, individuals don't do well on their own.

“But they are big players and know what the expectations are.”

Higuain’s older brother Federico was thrown on at the break in the hope of creating something but just moments into the second half, the match was halted with lightning in the area.

The Inter Miami boss could have done with the whole game being canned.

He added: "Credit to Montreal, they were the best team we have played so far but we have to be better this weekend."