From babies to break-ups! Twitter users share sweet (and VERY funny) updates about their lives, careers, and relationships using viral ‘how it started vs. how it’s going’ meme

Twitter users are celebrating their transformations — and in some cases, making light of how far they’ve fallen — with a new meme that’s been sweeping the social media platform.

Thousands of people, brands, and celebrity fan accounts have been tweeting photo comparisons of ‘how it started’ versus ‘how it’s going’ or ‘how it ended,’ showing the way their lives have changed over time.

The trend started out with romantic intentions, with couples spotlighting the progressions of their relationships from the time they first met to their engagements and weddings — and even parenthood.

But the meme soon took on a life of its own, with some people using it to boast about how they’ve landed the job they’ve been dreaming about since they were kids, from star athlete to airline pilot.

And others still are cracking jokes about characters on their favorite TV shows, the effort they put into schoolwork, and the effects of too much alcohol. 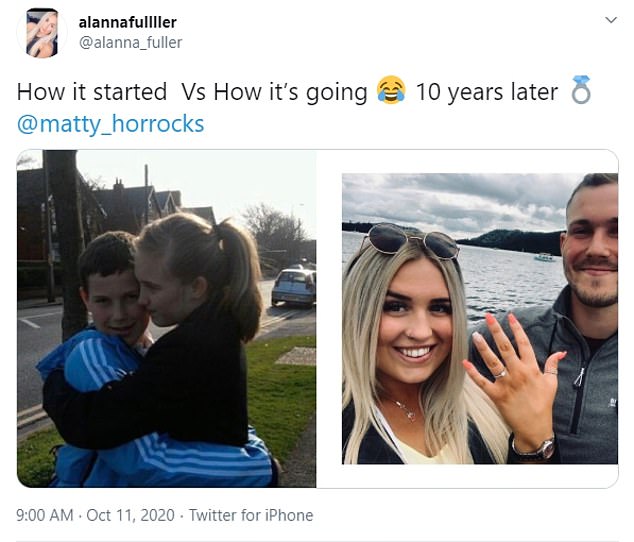 True love! Couples have been tweeting photo comparisons of ‘how it started’ versus ‘how it’s going’ or ‘how it ended’ in their relationships 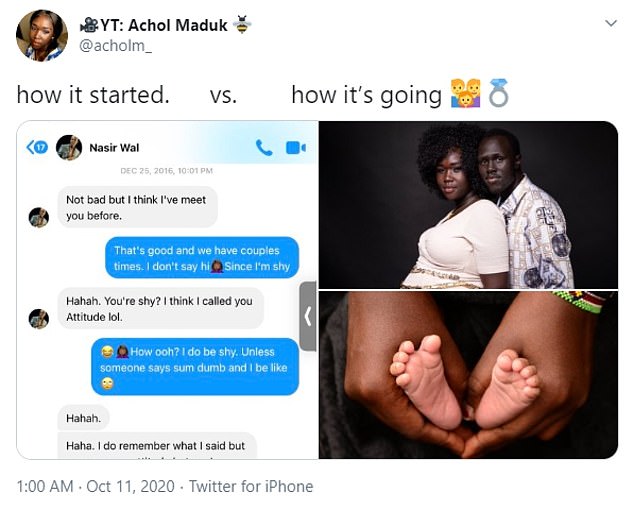 Sweet! The romantic trend took off, with couples posting their first conversations and the early days of their relationships and where they are now 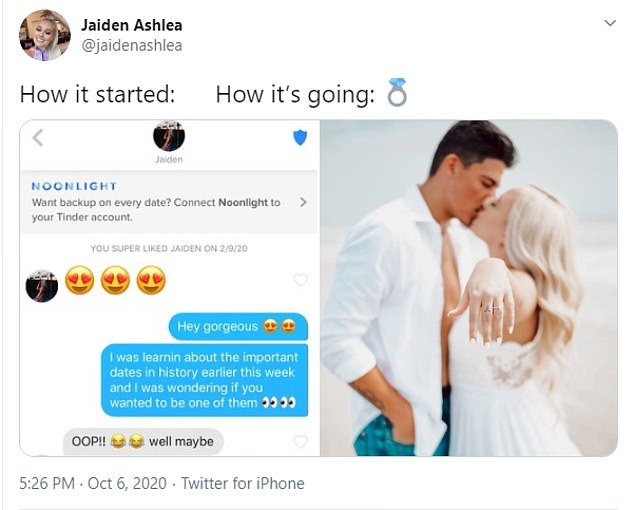 Romance: Many used it as a way to celebrated recent engagements and weddings 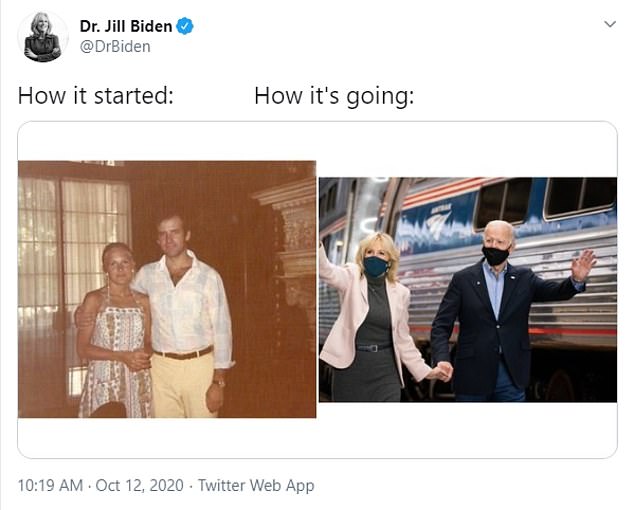 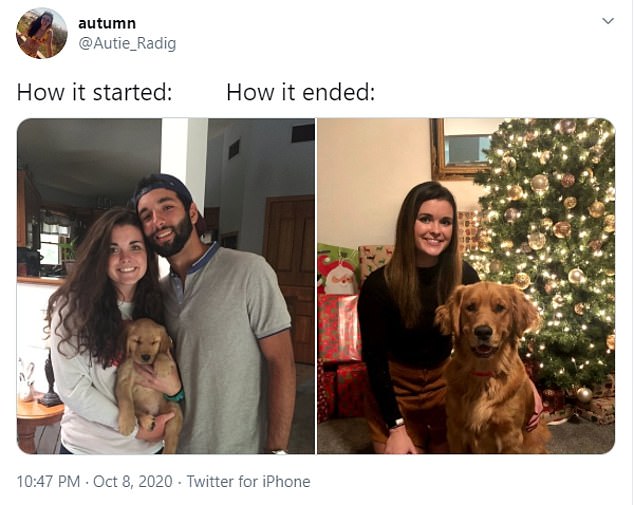 Wait a minute! Soon, though, the trend went off the rails, with women celebrating their breakups 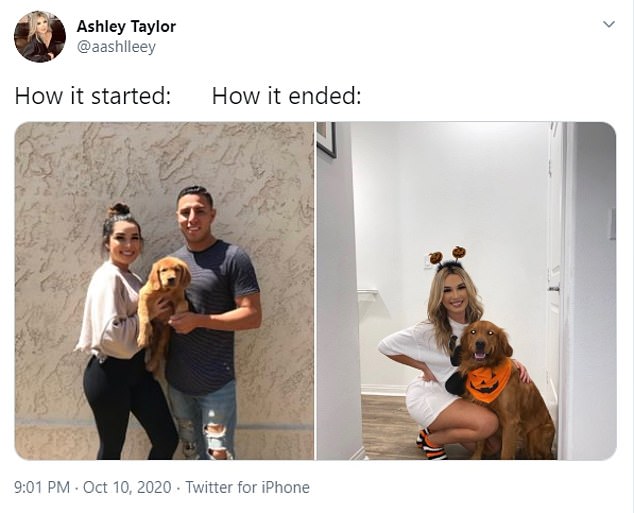 Puppy love: Several shared pictures of themselves before, with boyfriends, and now with just their pets 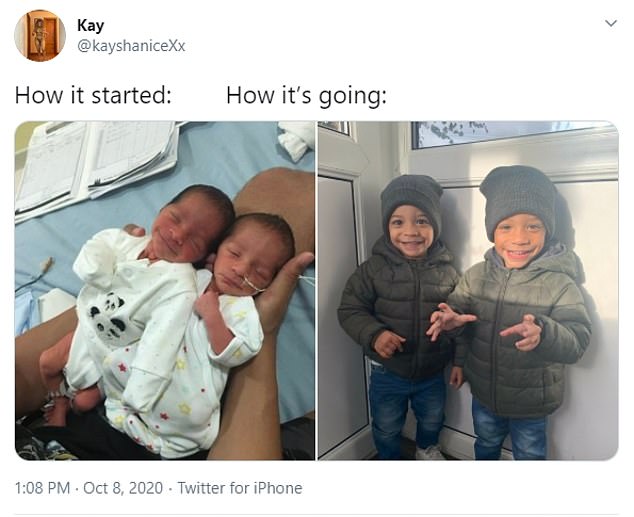 So big! Others documented how much their children have grown 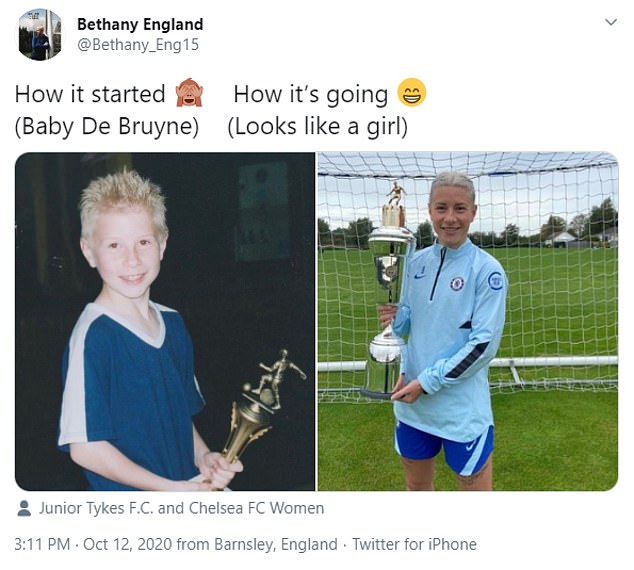 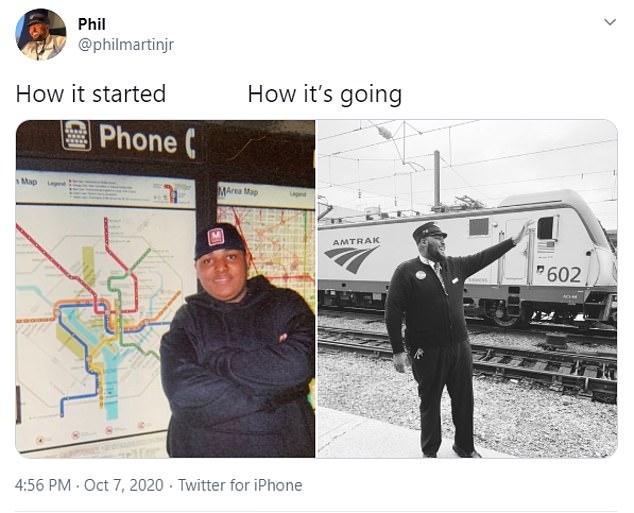 How far he’s come! In fact, lots of people put their careers on display, like this man named Phil who used to just ride the train, but is now an Amtrak conductor 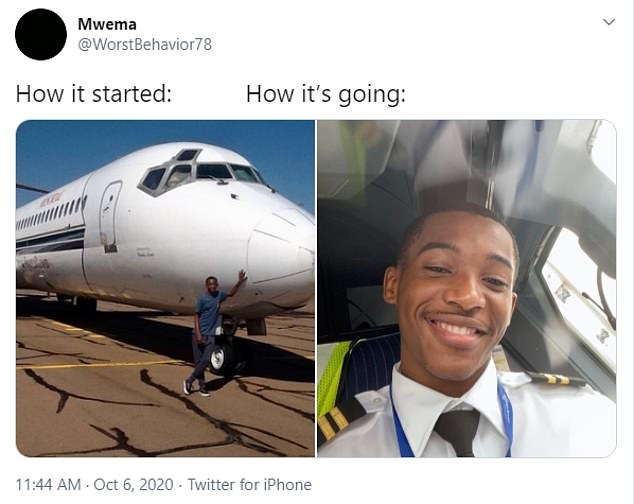 Flying high: This man fulfilled his dream of becoming a pilot 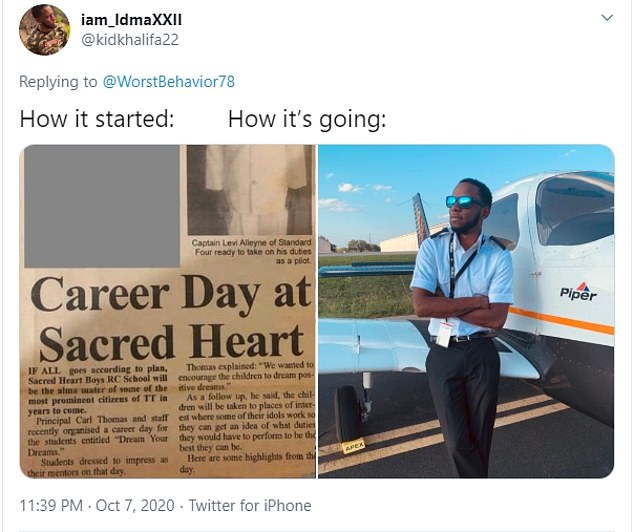 What an accomplishment! During his school days, Levi Alleyne told a local newspaper he wanted to be a pilot, and now he is one 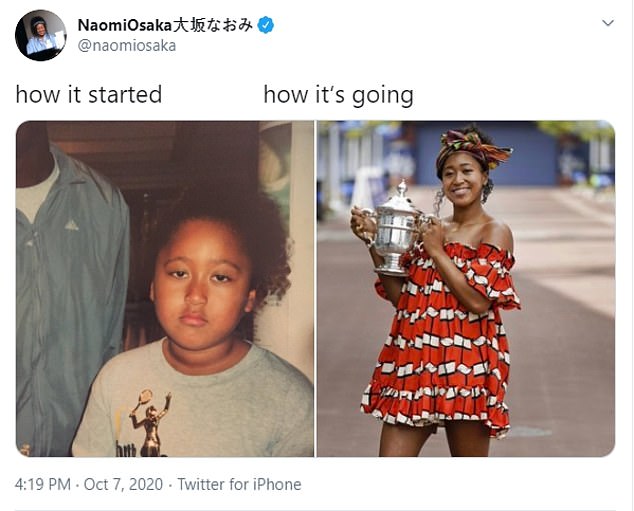 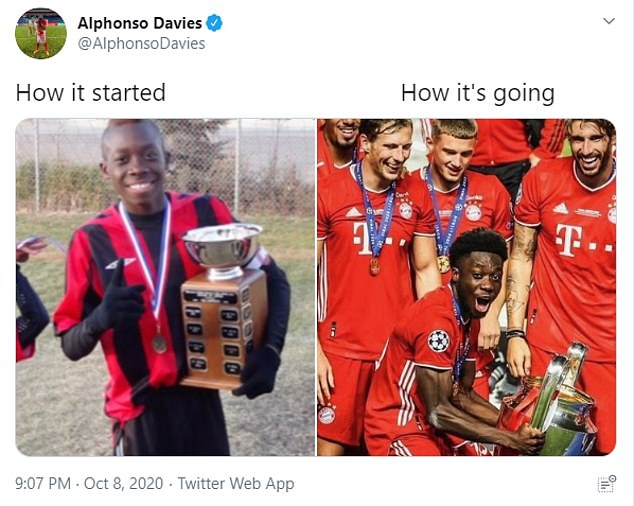 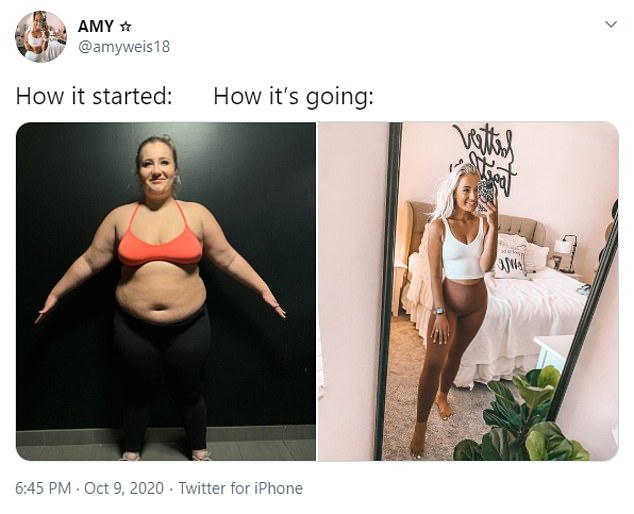 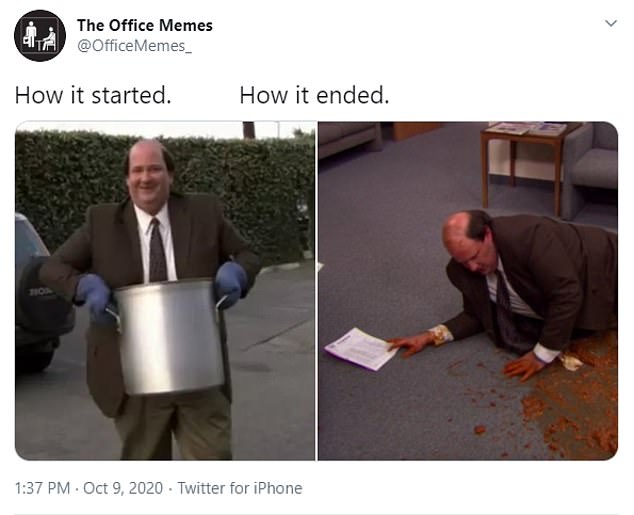 Whoops! Others posted funny moments from their favorite TV shows, like The Office 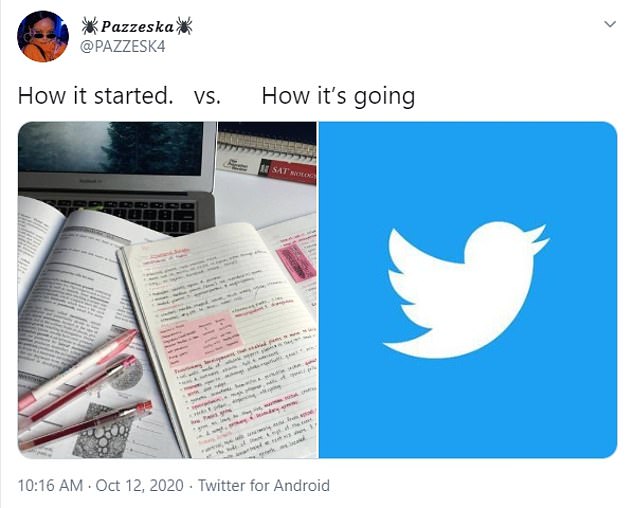 Procrastination: This student’s very relatable tweet shows that she started out studying with the best intentions, but still ended up wasting time on Twitter 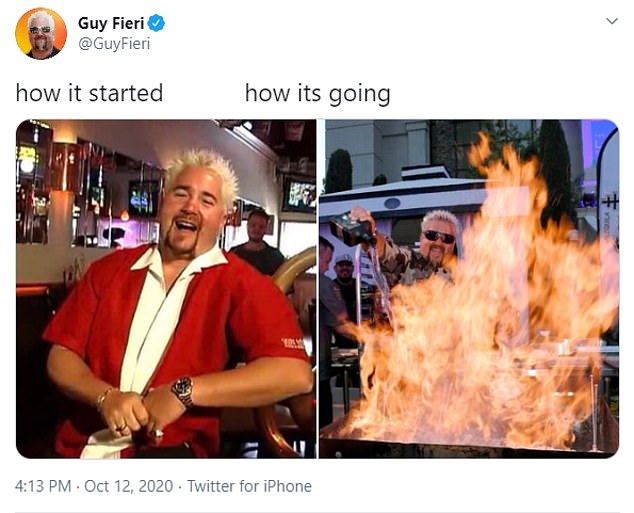 Up in flames: Guy Fieri joined in with a very relatable tweet about how 2020 is going 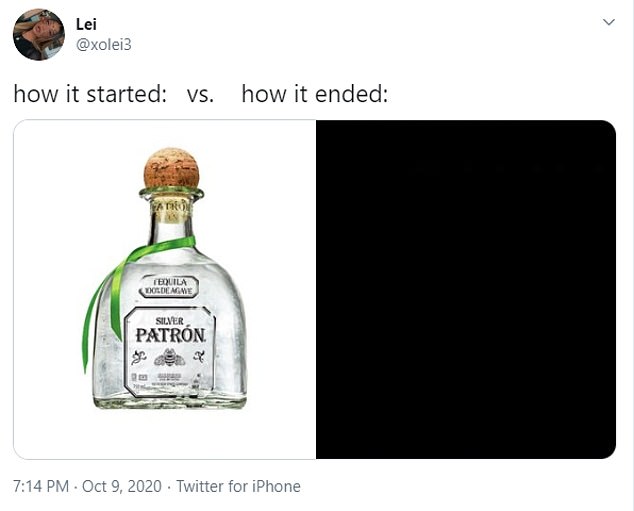 We’ve all been there! Another Twitter user cracked a joke about getting blackout drunk from tequila 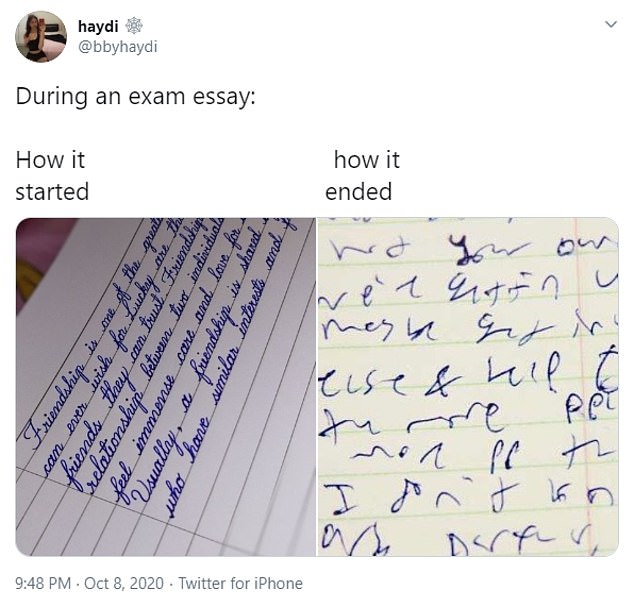 Hand tired? A lot of people can relate to starting out an essay with neat writing and finishing it chicken scratch 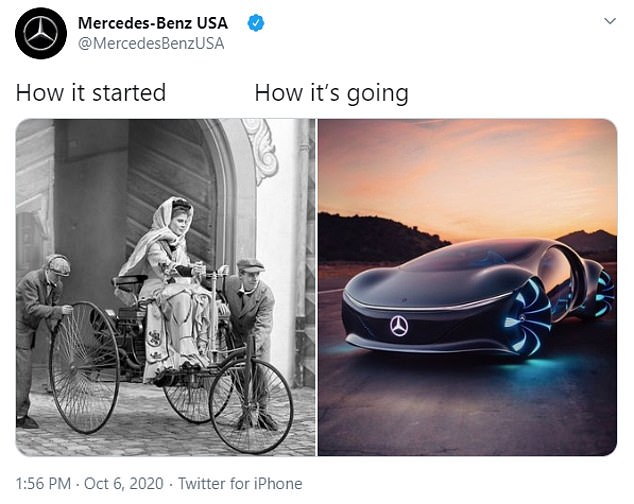 Vroom! Even Mercedes-Benz joined in to show how far vehicles have come 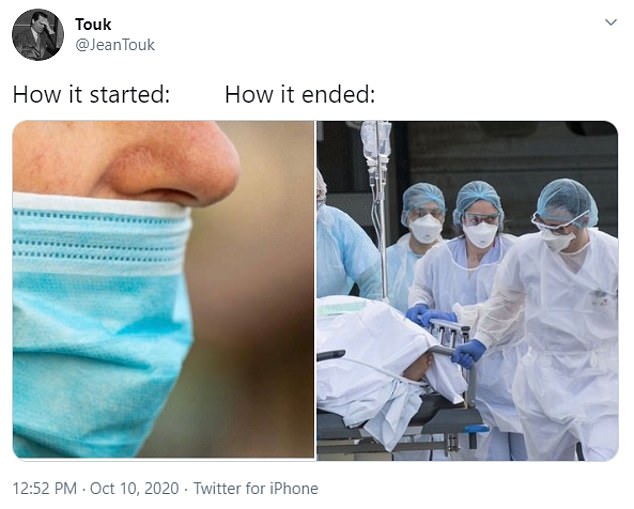 Making statements: This tweet highlighting the cause and effect of improper mask usage earned a lot of likes