Leave it to Kourtney Kardashian and Travis Barker to get a head start on Halloween.

While the newly engaged couple has been attending (and making out at) spooky-season events since September, they took things a step further on Tuesday by dressing up as another iconic couple: Sid and Nancy.

Barker dressed as late rocker Sid Vicious, donning a spiky black wig, leather jacket and pants with a studded belt for a performance at the NoCap x Travis Barker House of Horrors in Malibu. 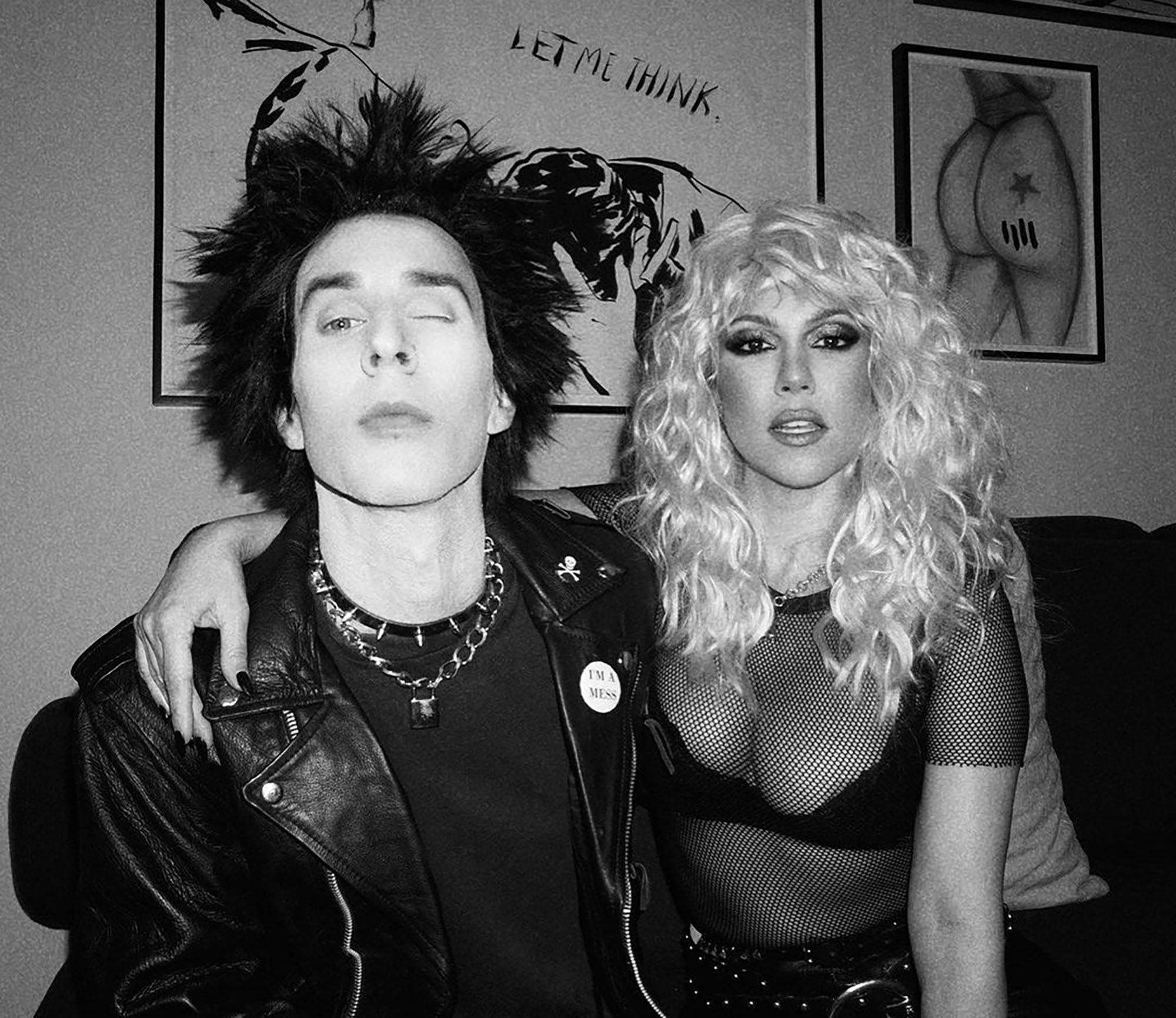 His commitment to the costume even included covering up his neck and face tattoos. While he’s previously let his 15-year-old daughter Alabama use KVD Beauty’s Good Apple Foundation ($38) to cover his ink, it’s unclear whether he turned to the TikTok-loved, full-coverage formula this time around.

The Blink-182 drummer, 45, also shared photos of himself handcuffed to Kardashian, 42, during their night out, captioning the snaps, “Throw away the key.” 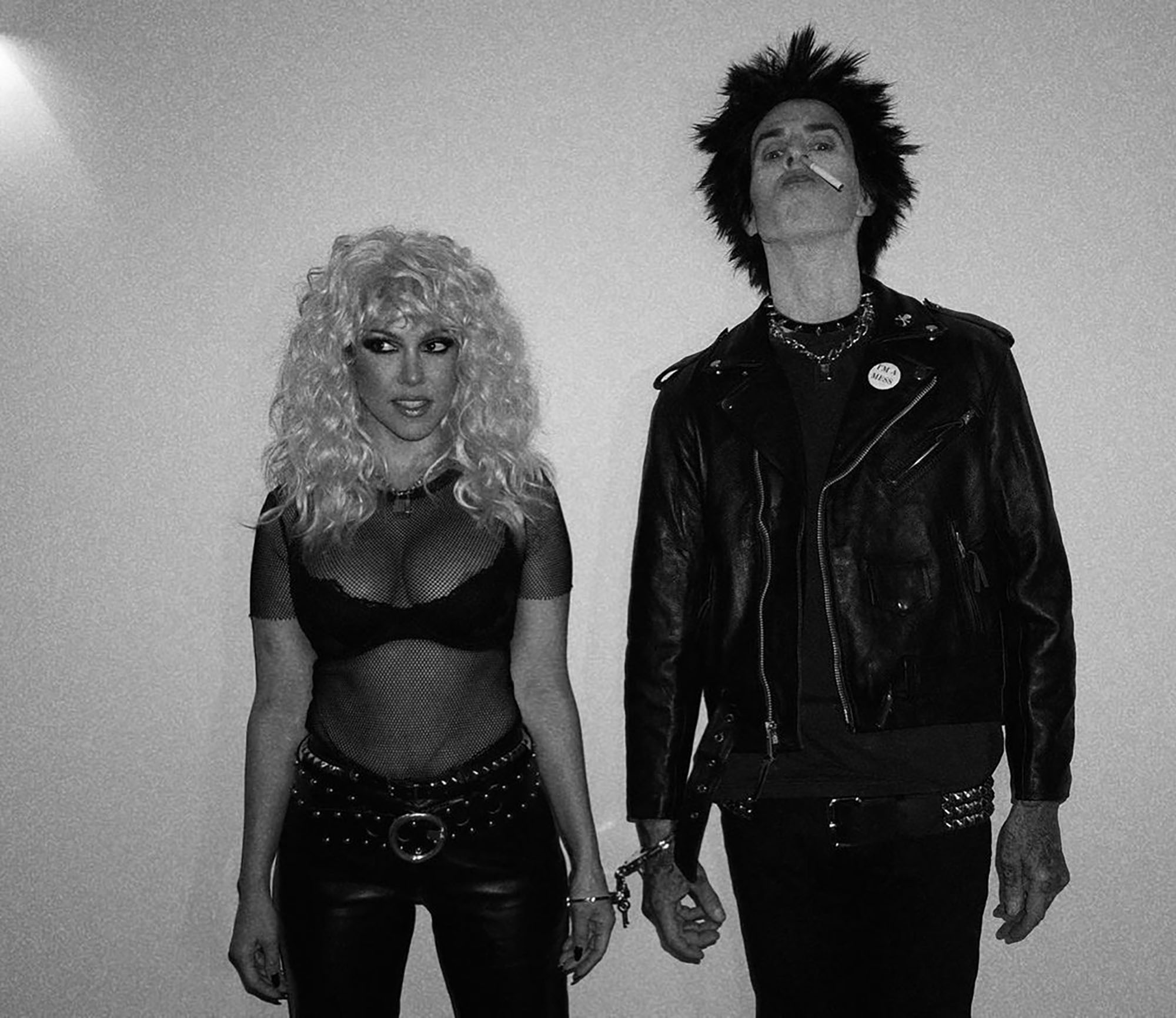 Kardashian captioned her own post, “’till death do us part.” In addition to showing off their edgy early Halloween look, the snaps also gave another glimpse at her enormous oval-shaped engagement ring from Barker.

The pair, who have been dating since January, got engaged on Sunday night in Montecito, Calif. 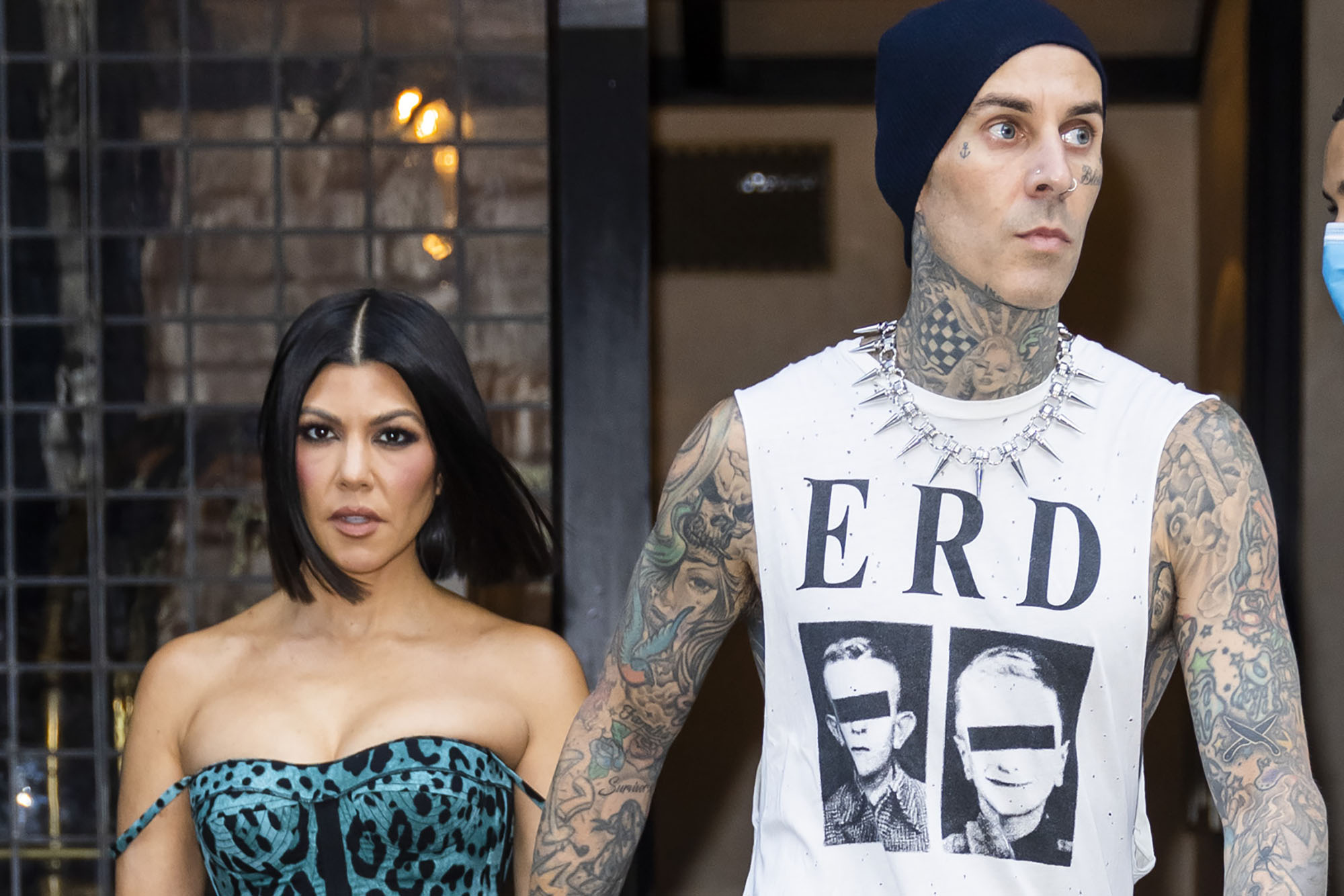 The costume isn’t the first time the lovebirds have coordinated in all-black outfits, as they’ve previously brought their signature edgy couple style to both red carpets and date nights.

Given their shared love of leather looks, perhaps they didn’t have to look further than their own closets for costumes.