Why Elon Musk has ‘all the leverage’ over Twitter

While Tesla CEO Elon Musk, the world's richest person, is dominating headlines with his $44 billion acquisition of Twitter, among other topics, his sister, Tosca Musk, has blazed a trail of her own with the creation of PassionFlix. 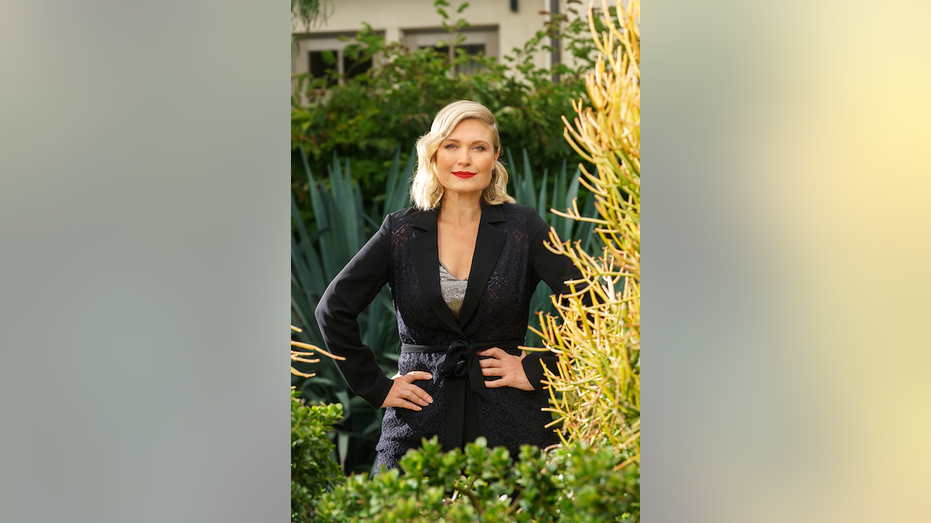 Founded in 2017 by Musk and her two friends, Jina Panebianco and Joany Kane, the streaming service offers female-driven content adapted from romance novels, a category Musks says was "completely ignored" by the industry prior to its launch.

"And you're like, 'OK, but everybody's watching 50 Shades of Grey, so wouldn't you make more female-driven content or romance novels?' And that wasn't the direction that the general industry wanted to go."

Musk says PassionFlix was immediately embraced by romance fans who were willing to sign up before it even launched. She declined to provide specific subscriber data but noted that PassionFlix's base grew 53% in 2020 and 73% in 2021.

To date, the company has raised just under $22 million from investors. Notable investors who contributed to PassionFlix's funding early on included television producer Norman Lear and his wife Lyn, angel investor Jason Calacanis and Kimbal Musk, her brother. She declined to address whether Elon had also invested. 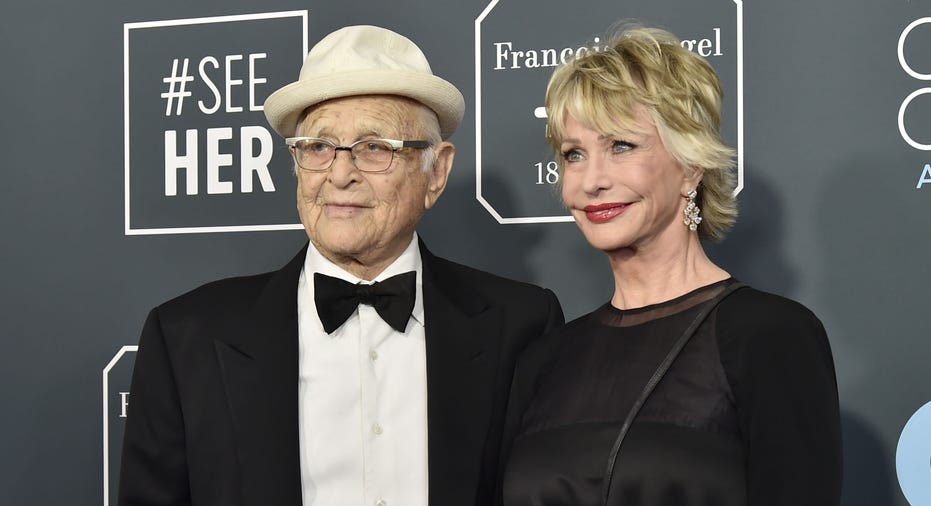 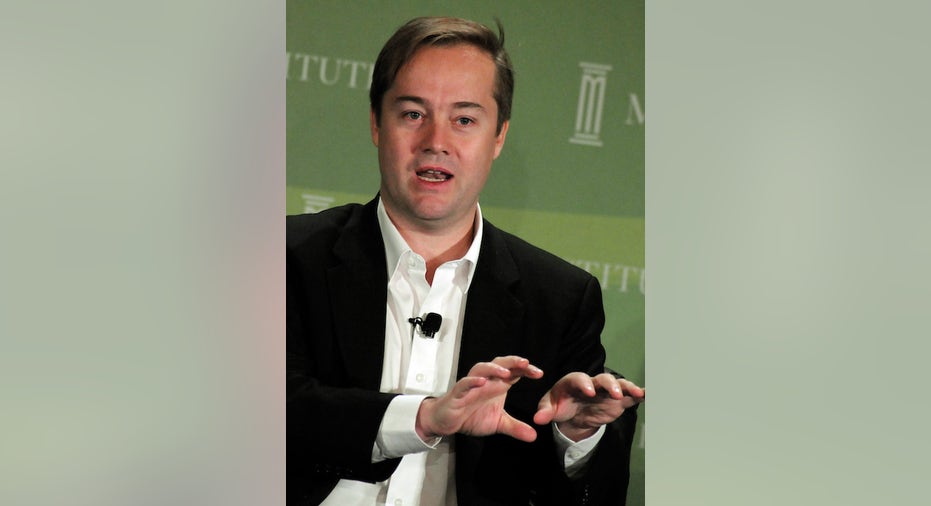 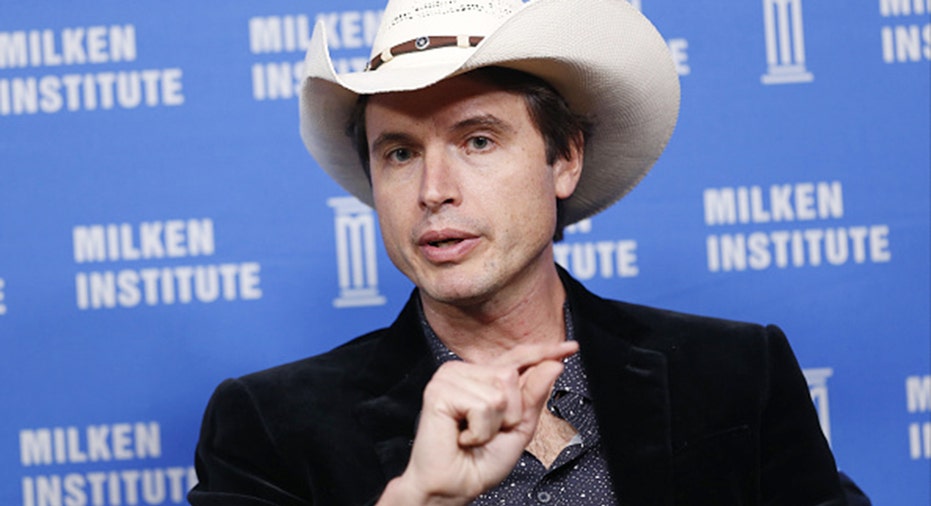 "If I answer that question, everyone says Elon paid for it if I say he did," Tosca Musk said. "And if I say he didn't invest in it, then you'd say that he doesn't support me and doesn't think it's a good idea. So I can't answer the question — double-edged sword — so I won't.

"But I will say that my family is very close, very supportive. Any questions I have, I can go to any of my family members, and they're very happy to help me, which is really great. I'm very fortunate that way."

Today, PassionFlix is available in 150 countries for $5.99 per month through its own website as well as iOS, Google Play, Roku, Amazon Prime Channels, Comcast, Cox, Vizio TVs and most smart TVs. In addition to showcasing original films and television, PassionFlix constantly cycles through different licensed content that is rated on a so-called "barometer of naughtiness," ranging from "Oh So Vanilla" to "NSFW" — not safe for work. 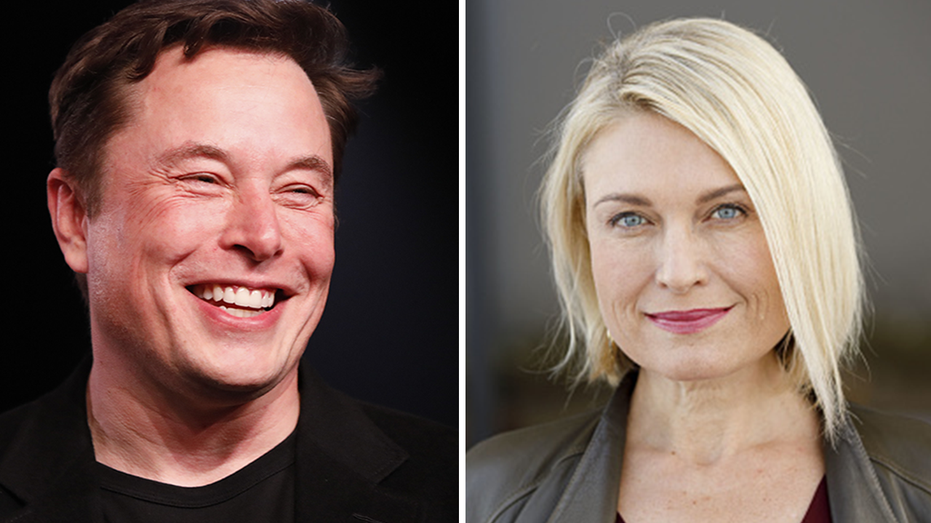 Tosca has not discussed the Twitter deal with Elon but expressed confidence that he would do "an excellent job" of improving the user experience of the social media giant if the acquisition is successful.

"He has a brilliant understanding of just things in general, and I'm excited to see what he would do with it," she said.

ELON MUSK REVEALS ‘NIGHTMARE YEAR’ WHEN HE REACHED ‘THE LOWEST OF THE LOW’ IN BUSINESS, LIFE

As CEO of PassonFlix, Musk wears many hats, including directing the majority and executive producing all the service's original movies and television series, writing and rewriting scripts, doing color timing, coming up with ideas for merchandise and events and even keeping the company's accounting in order.

Despite taking a longer time than her brothers to find her footing, she has developed a similar entrepreneurial style.

"We do take a lot of risks, but they are calculated risks. I like to do things differently," she emphasized. "Just because it hasn't been done before doesn't mean it can't be done and doesn't mean it shouldn't be done.

"I really love the engagement of the people that are involved and fans of PassionFlix, and I believe that's the same with both of my brothers' work," she adds. "I do think we can get people to be highly engaged and excited about the things that we're building. It helps me certainly to remain excited about the work that I do." 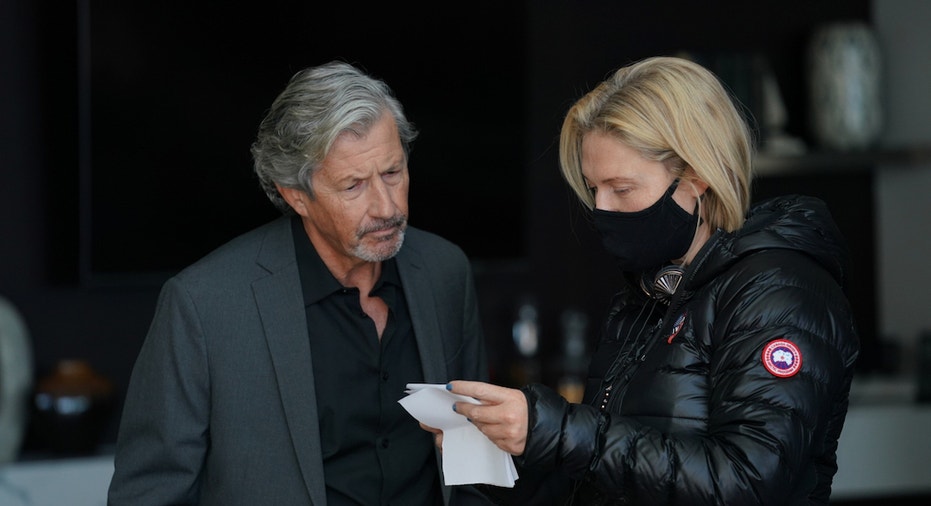 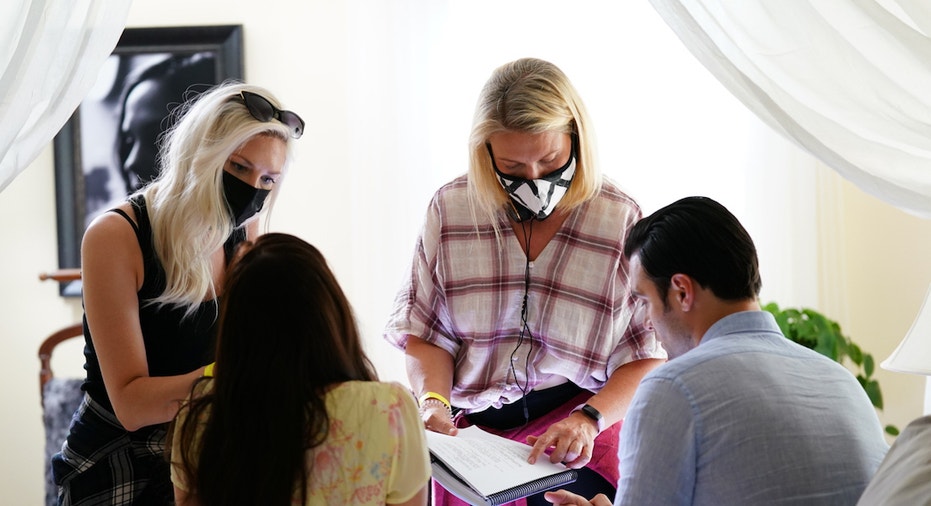 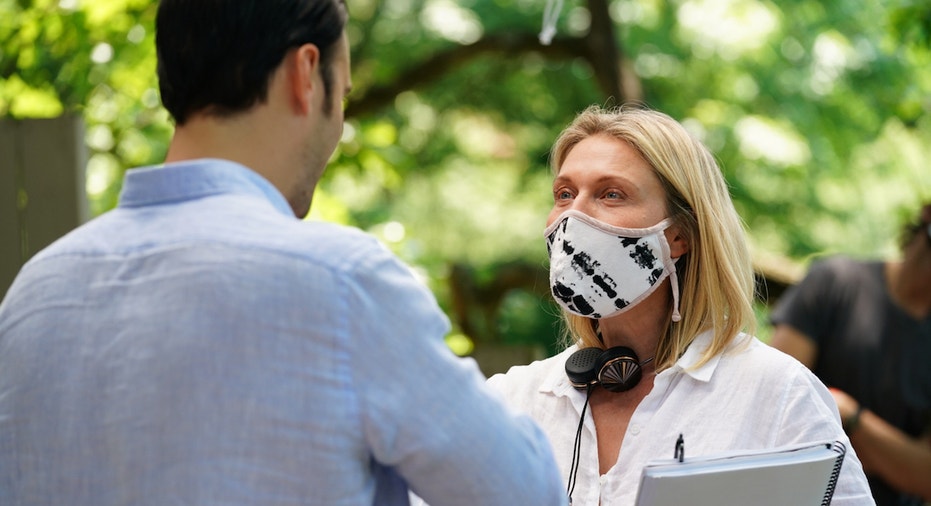 Tosca Musk speaks with actor Charles Shaughnessy on the set of “Driven,” Season 3.

On May 6, the company held its first PassionCon, a three-day fan event that featured the premiere of the third season of "Driven," which centers around a kind and resilient woman who falls in love with a bad-boy race car driver. 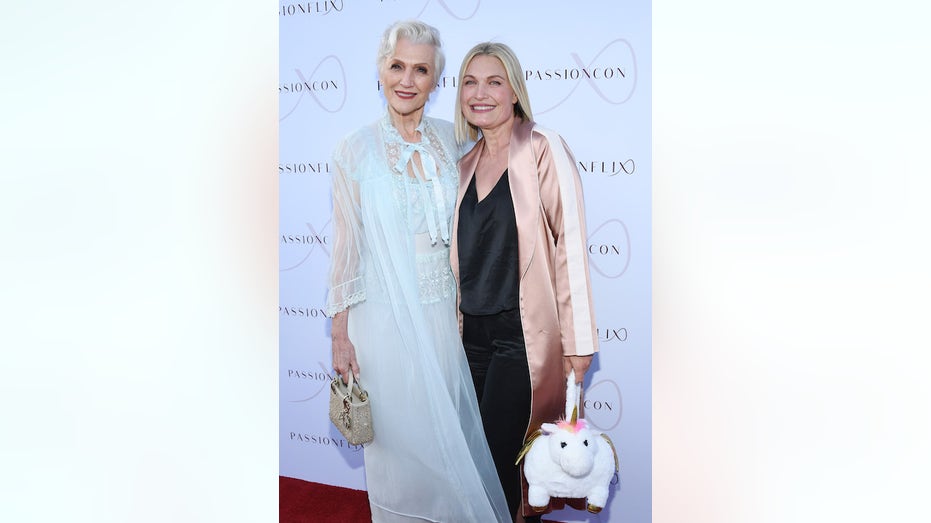 Though bigger streaming players like Netflix and Starz have made adaptions of "Bridgerton" and "Outlander," Musk doesn't see them as rivals.

"I'm a big supporter of anybody adapting romance novels," she said.

Netflix recently saw its first subscriber loss in over a decade, attributing the decline to factors including account sharing among more than 100 million households, competition with other streaming services, sluggish economic growth, inflation, Russia’s invasion of Ukraine and continued disruption from the COVID-19 pandemic.

Musk says that PassionFlix is not experiencing the same challenges with subscribers.

"The romance community is very strong and very loyal, so we aren't really facing the same issues as Netflix because we aren't hundreds of millions of subscribers," she said. "At the end of the day, Netflix has to be everything to everyone, and they do a great job at it. At some point, there has to be a slow in growth, that's just inevitable."

When asked about the future of PassionFlix, Musk said she is open to an IPO or merger.

"An IPO is always an option and certainly something that is very appealing to a lot of my investors. It's not appealing to some others who would like to see us sell," she said. "So I think if the opportunity presented itself for either one of those options and made sense for us, then we would explore both."

She teased that she's had opportunities come up she's "excited to explore further" but declined to elaborate.

Ultimately, Musk hopes PassionFlix will lead to the creation of more positive content.

"I think that it's important for us to focus, now more than ever, on positive content because when we start pushing all this negative content, I think people learn from media, and we have an opportunity as filmmakers to provide a positive outlook on life," she explained. "And I really hope that's what PassionFlix gives to people."