ARSENAL fans have gathered at the Emirates to call for Stan Kroenke's departure from the club ahead of their clash with Everton.

Groups of supporters expressed their outrage at the failed European Super League breakaway attempt and general running of the club in North London on Friday. 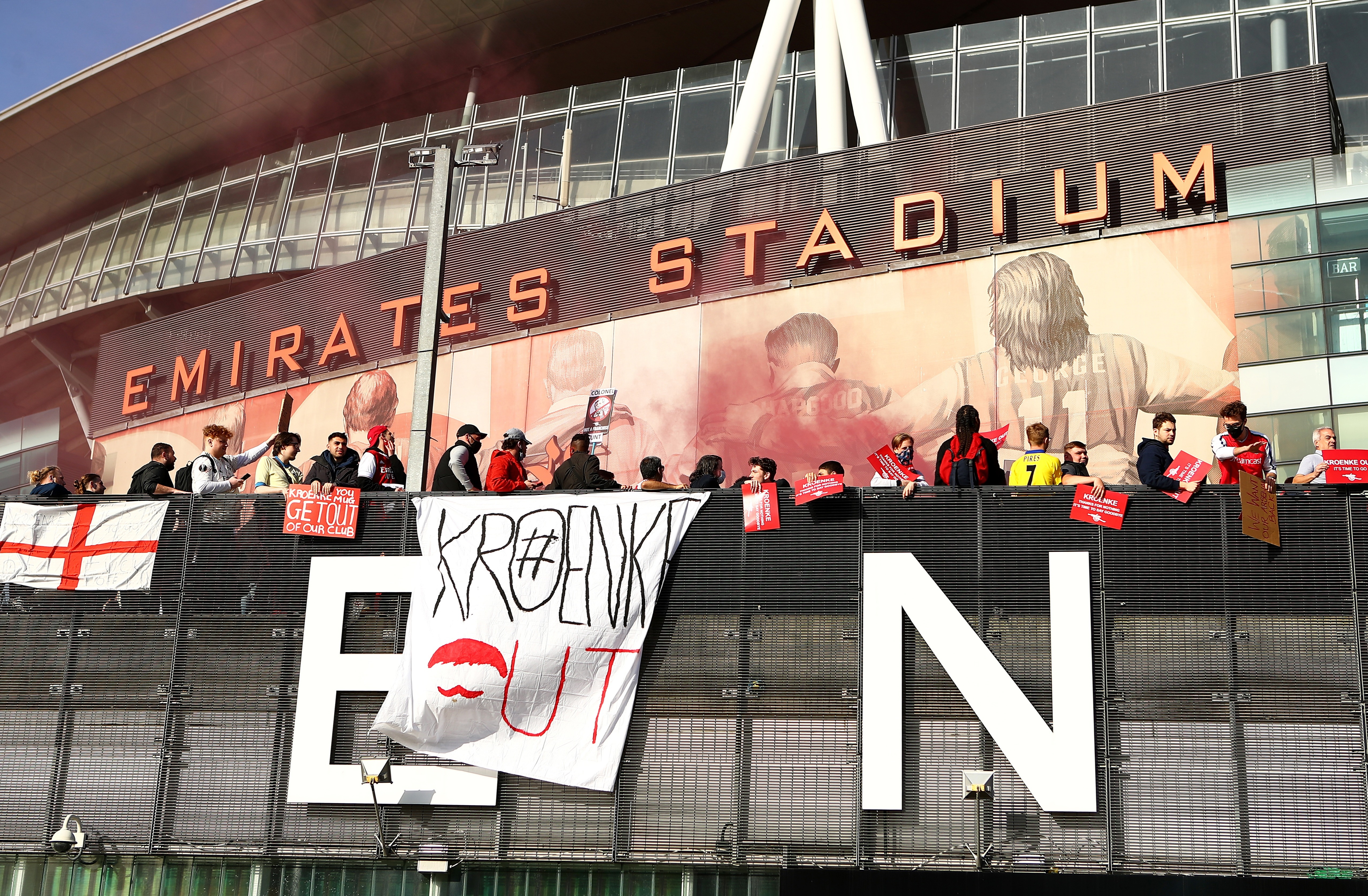 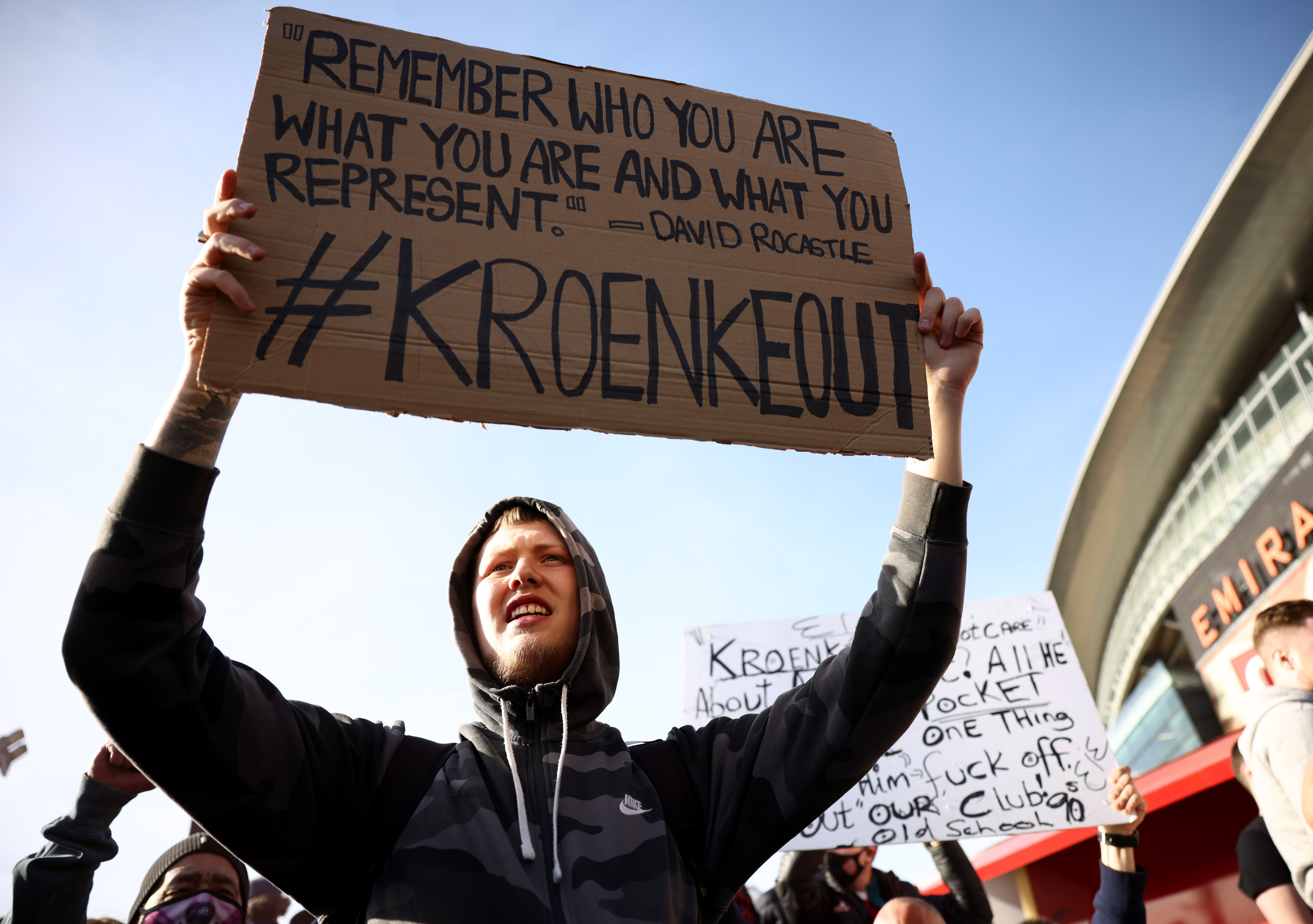 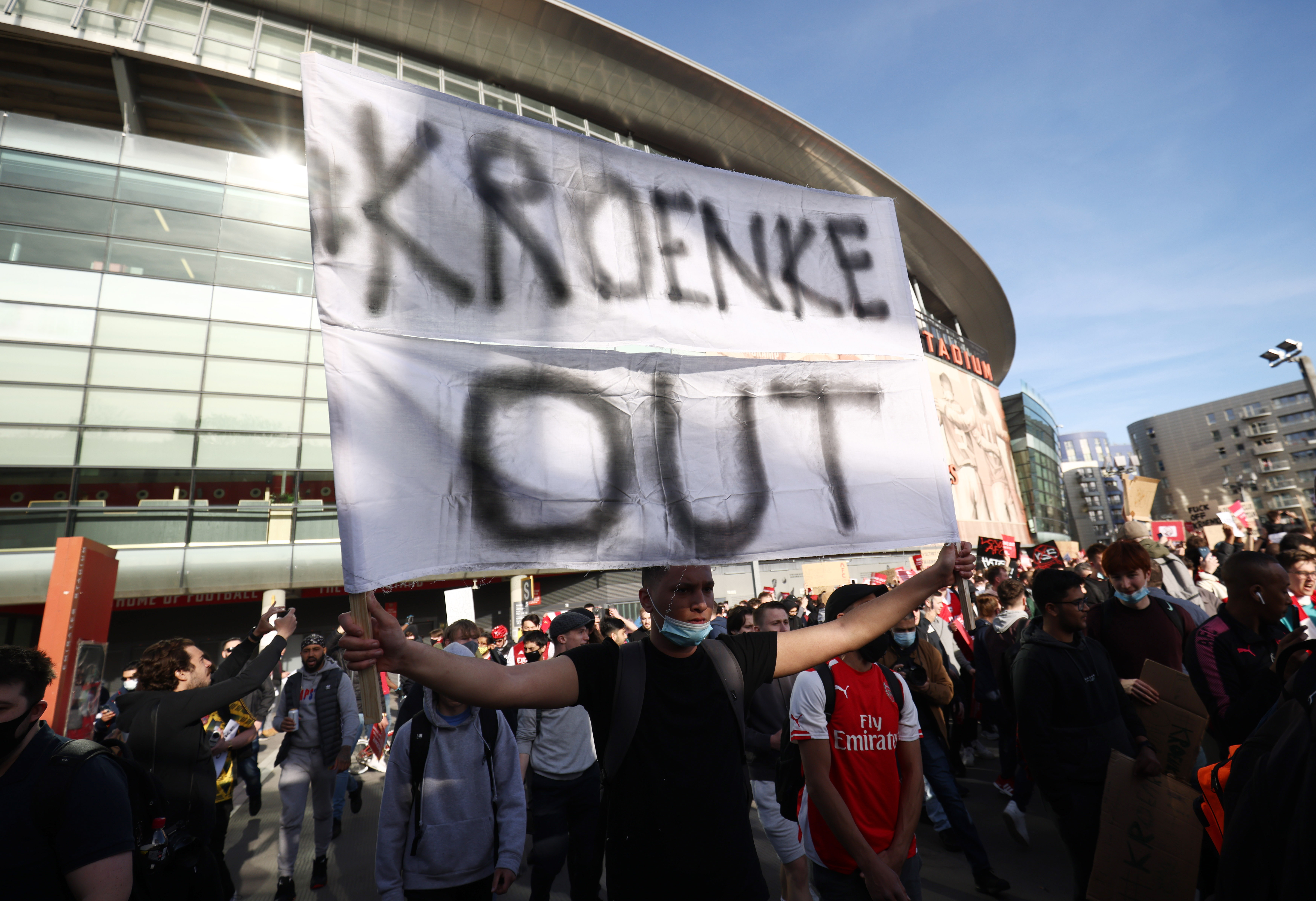 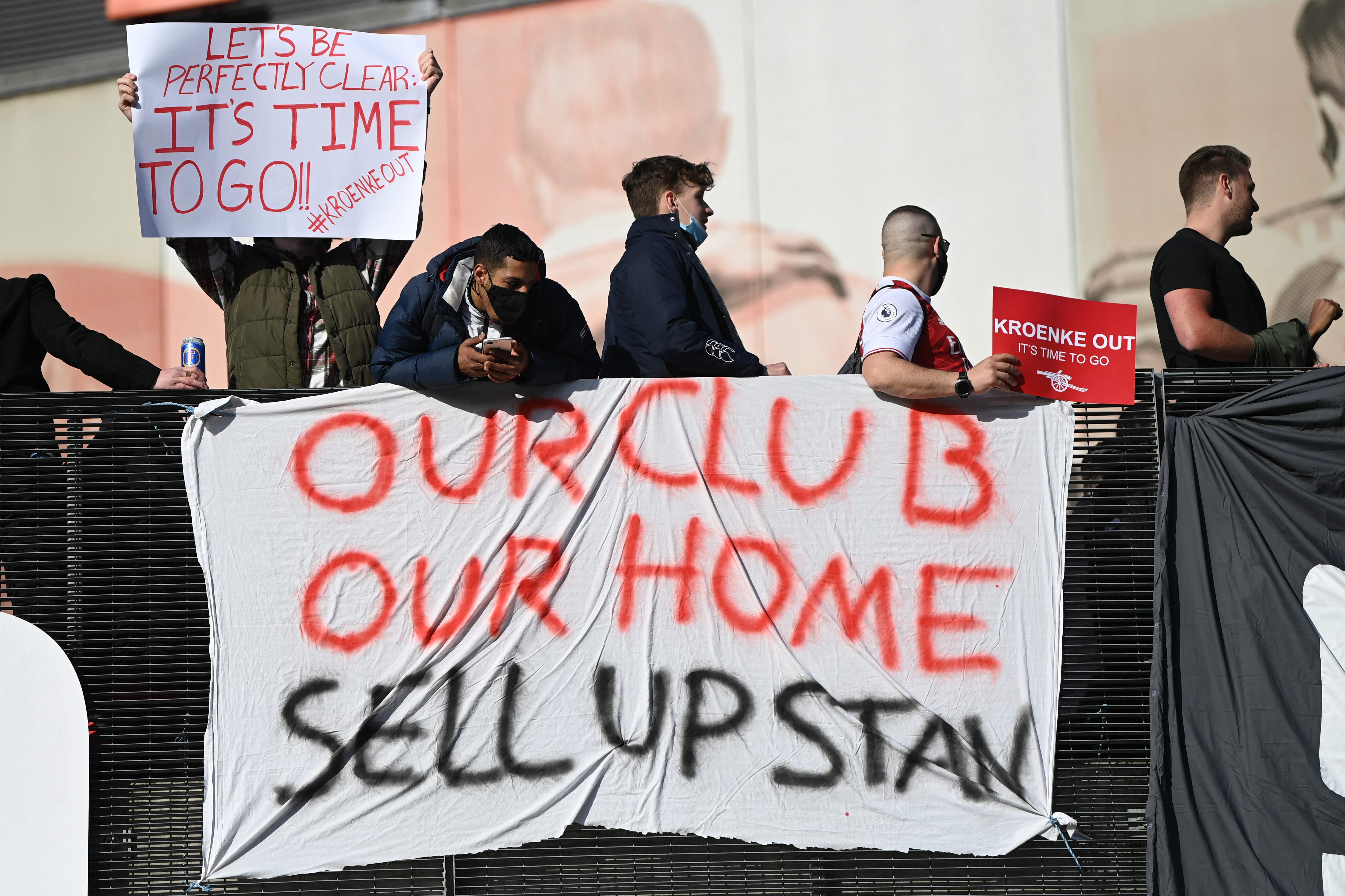 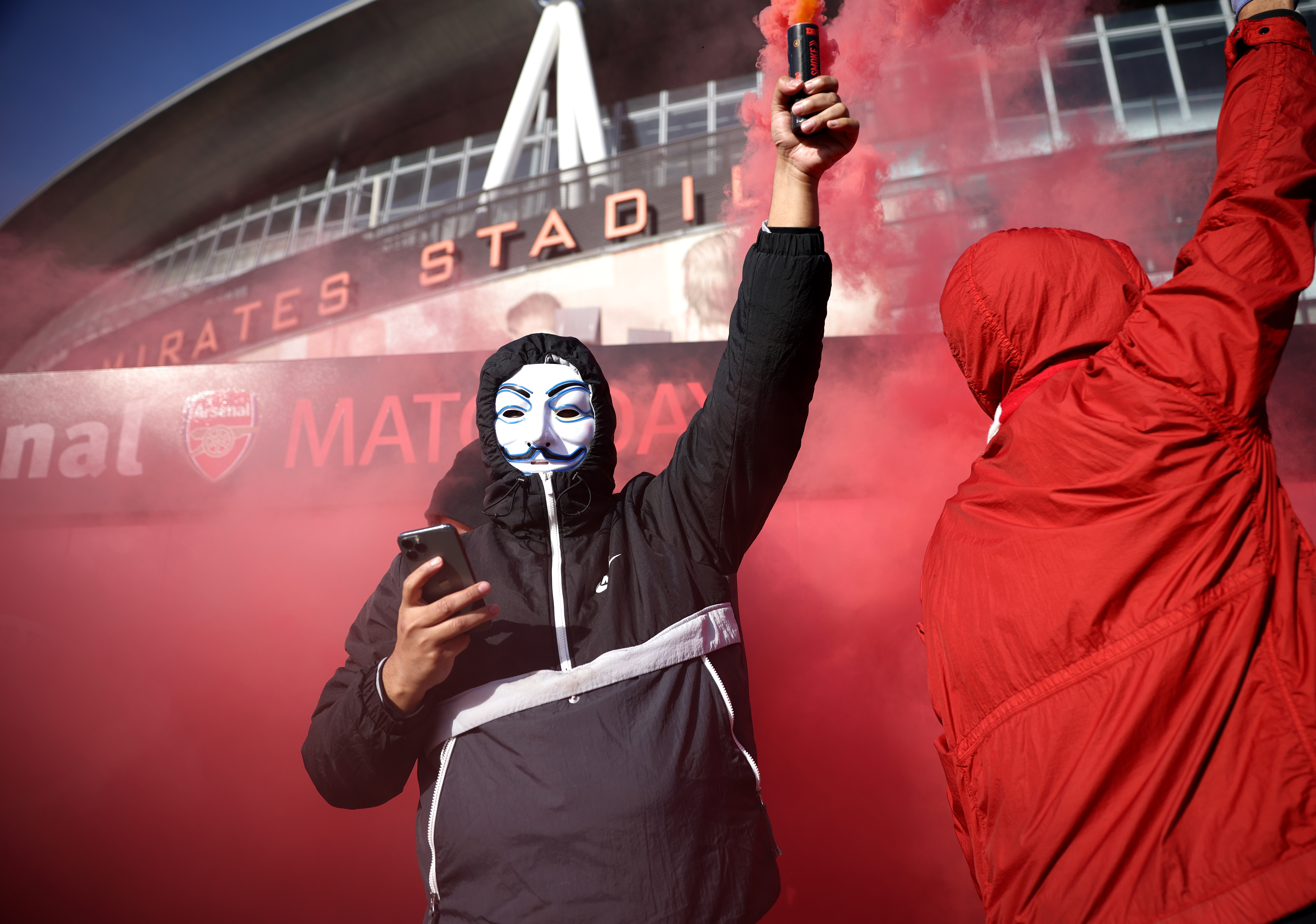 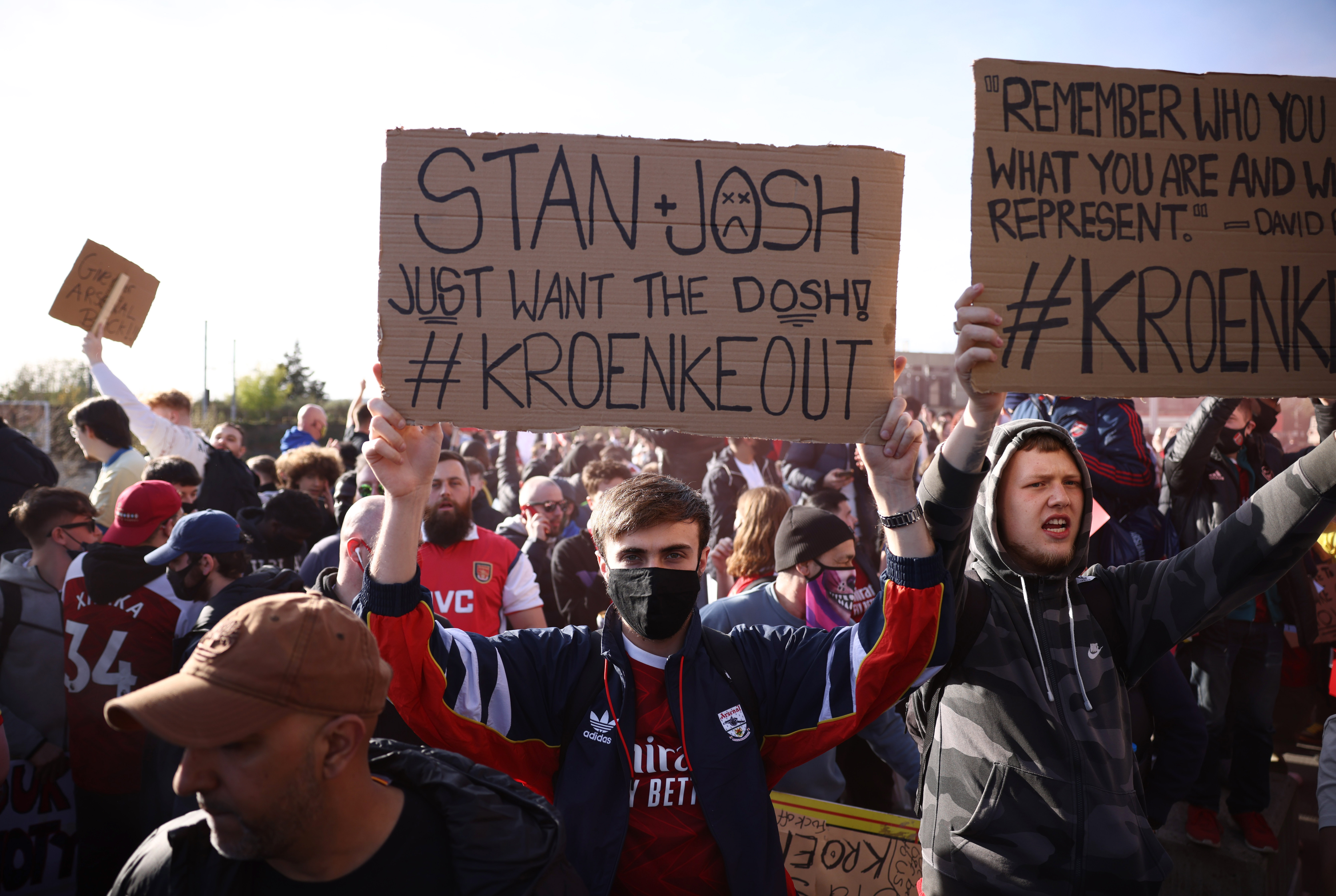 American billionaire Kroenke, 73, joined the board of the Premier League outfit in 2008 and became majority shareholder three years later.

In that time the side have won four FA Cups but slipped out of title contention, and are set to miss out on a top-four finish for the fifth year in a row.

Already-brewing fan discontent exploded during the week as ninth-placed Arsenal signed up to the European Super League plot.

Protests across all six of the English sides committed to the project led to its collapse and the Gunners' board was forced to apologise but vowed to remain in charge.

However, supporters remain determined to see Kroenke and son Josh, a club director, leave the Gunners and vented their anger towards them tonight.

A red flare was let off as hundreds descended outside Arsenal's home, with many carrying banners demanding the Kroenke family quit the quit with 'Kroenke Out' banners. 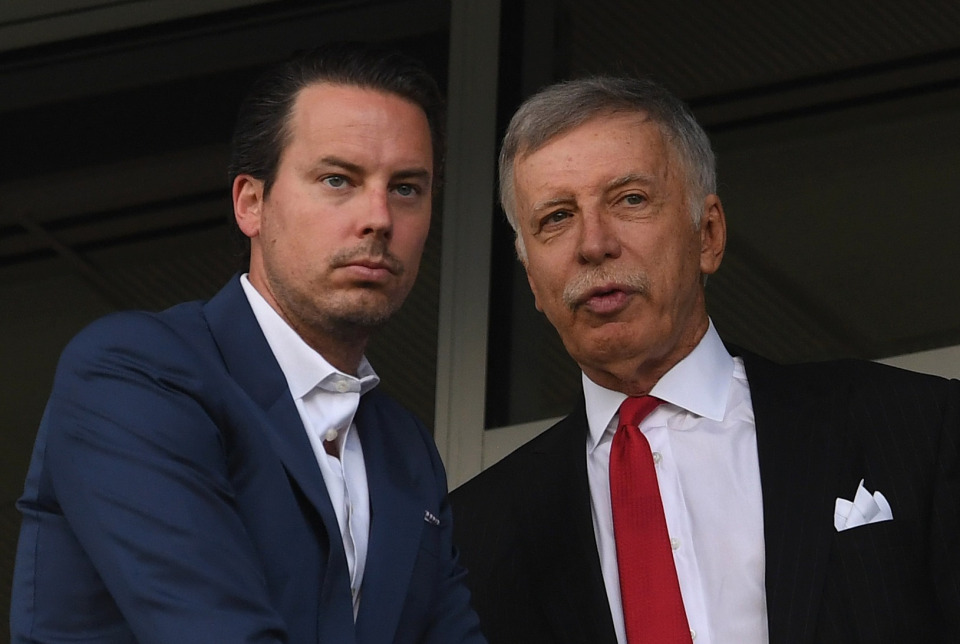 It comes after all six English clubs who had signed to play in the European Super League confirmed they were no longer following through with the rebel plans.

But their supporters protested outside of the Tottenham Stadium on Wednesday to demand Daniel Levy resign.

That followed dramatic scenes outside Stamford Bridge on Tuesday as mass crowds vented their anger at the idea of a breakaway ESL.

Team buses were blocked from arriving at the ground and Blues legend Petr Cech had to personally plead with fans to allow players to enter the area. 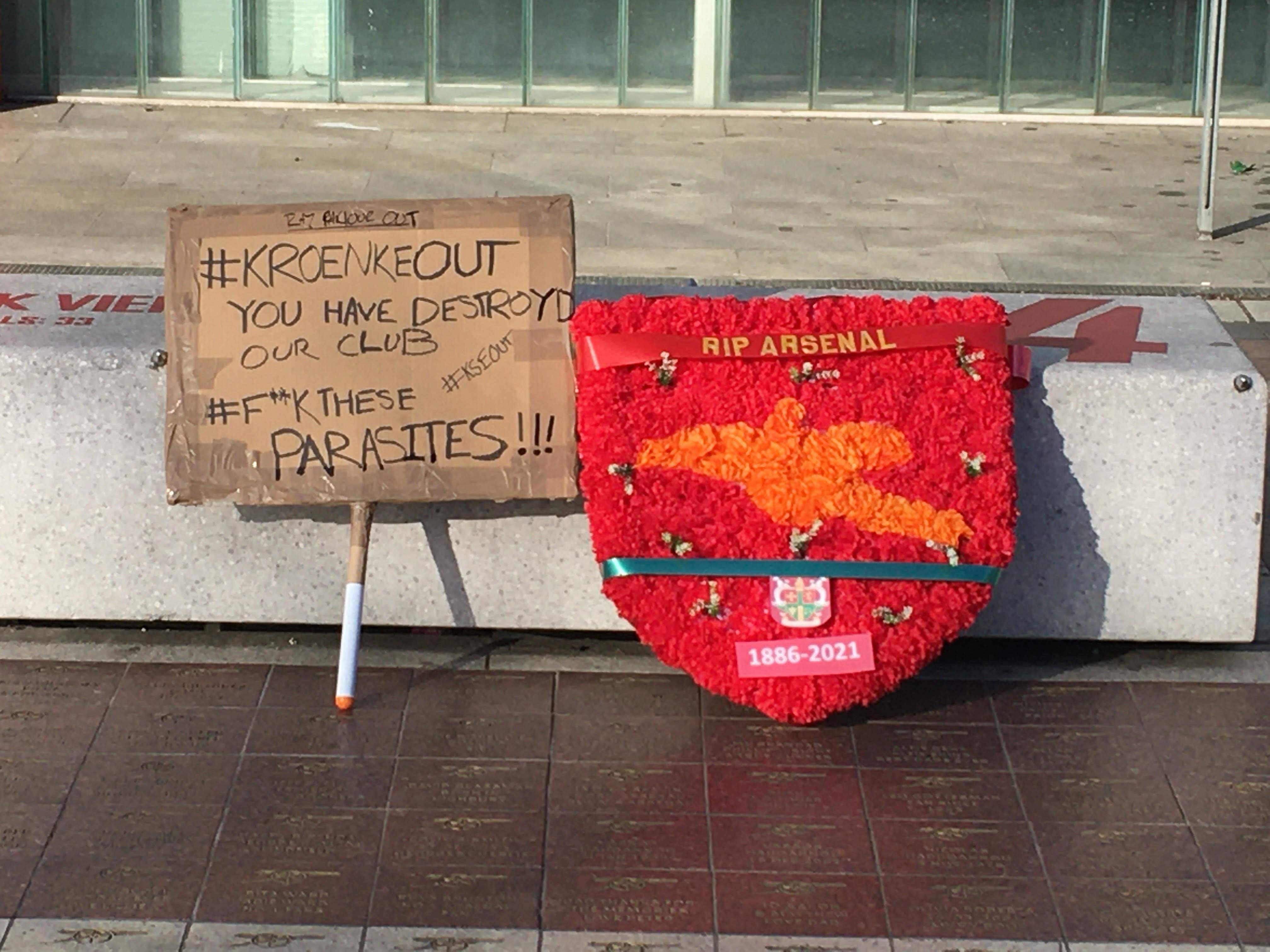 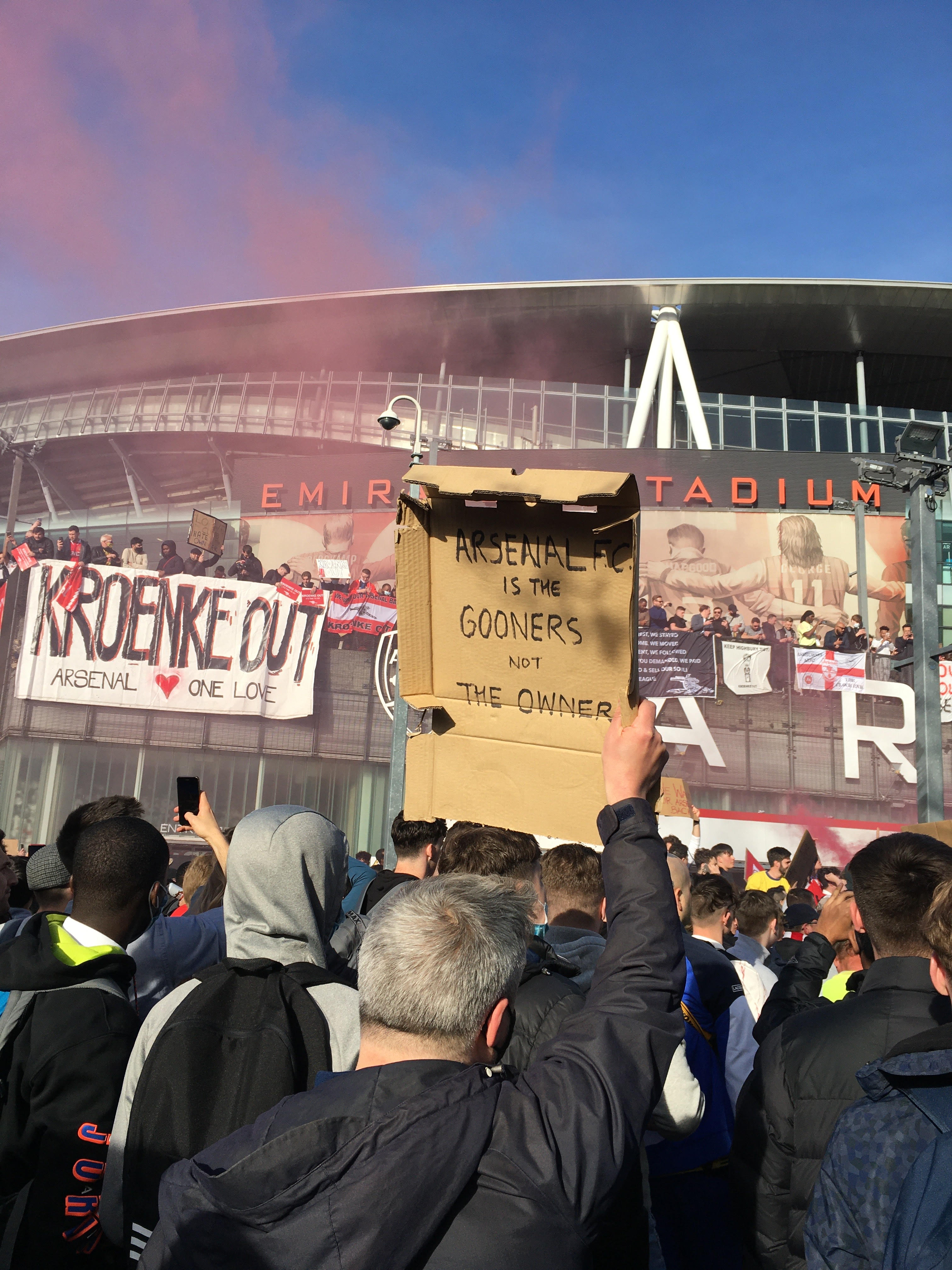 Speaking to a supporters' forum on Thursday night, Arsenal’s Josh Kroenke admitted the ESL was a major error but insisted his family will not sell up.

He stated: “We were put in a very difficult position by forces outside of the club and we got it wrong.

“All of our trust was shredded this week, I understand that, but I still believe that we are fit to carry on in our positions as custodians of Arsenal.

“I might be met with scepticism but over time I hope to establish some sort of relationship with our supporter groups and show them that we are capable of taking the club forward.

“When are we going to sell? I am not willing to answer that question because we have no intention of selling.”

Arsenal chief executive Vinai Venkatesham reportedly rang around the other 14 Premier League clubs to say sorry for the ESL debacle.

Following a meeting with players to explain the club's position, he extended his apologies to the fans.

Venkatesham said: “Arsenal were categorically not the authors or drivers of this Super League proposal but that does not excuse what happened.

“What was clear to us was the train was leaving the station. The project was about to be launched with some of the biggest clubs in Europe.

“Due to concerns about us being left behind, we made the decision to join. But it became immediately apparent that we made not only a bad decision but a terrible one.

“We immediately got out as quickly as we possibly could and now we need to say sorry to lots of people.”