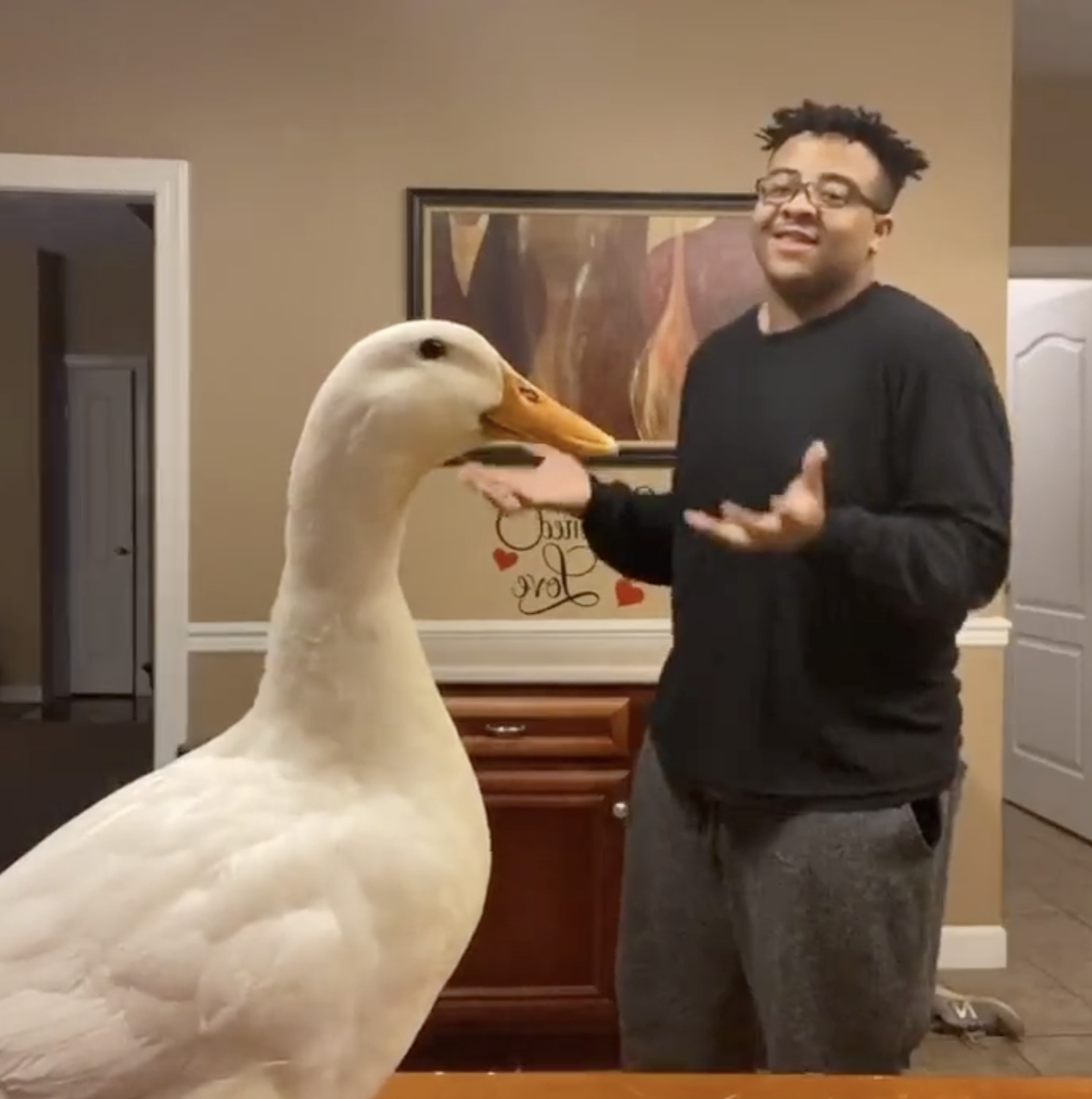 A Tennessee teen and his duck are bringing joy to the internet, one tail feather wiggle at a time.

Hunter Clay, 17, is the caretaker of his beloved pet duck, Lauren. Clay got Lauren five years ago, thanks to his brother. 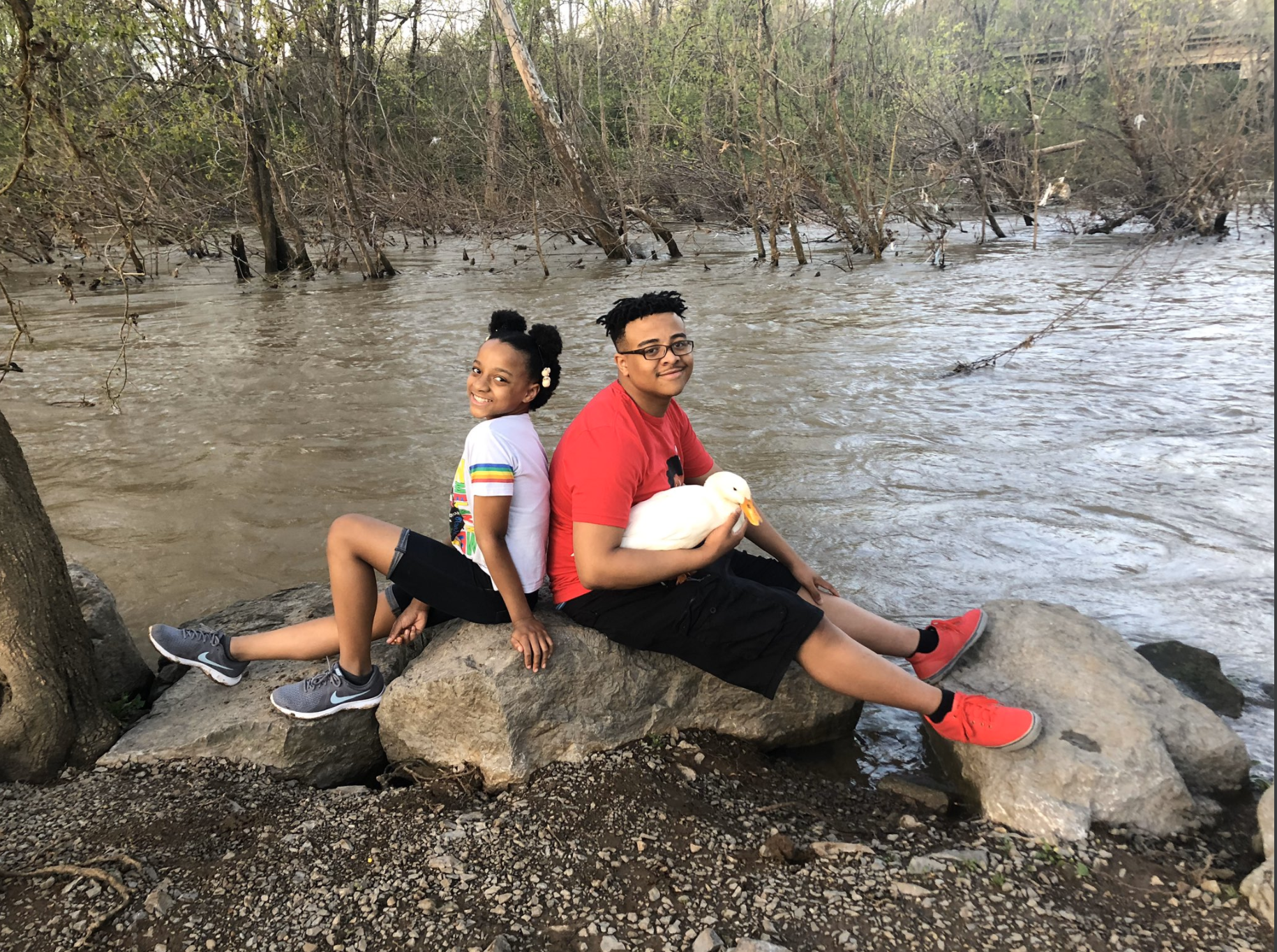 “My brother, when he was 16, he had just gotten his first paycheck and he saw that Tractor Supply Co. was selling ducks, so he bought the duck,” Clay told BuzzFeed News.

Soon after, Clay’s brother left for college and Lauren came into his care.

“Me and the duck just got like really close,” he said. “I’d say she likes me most.” 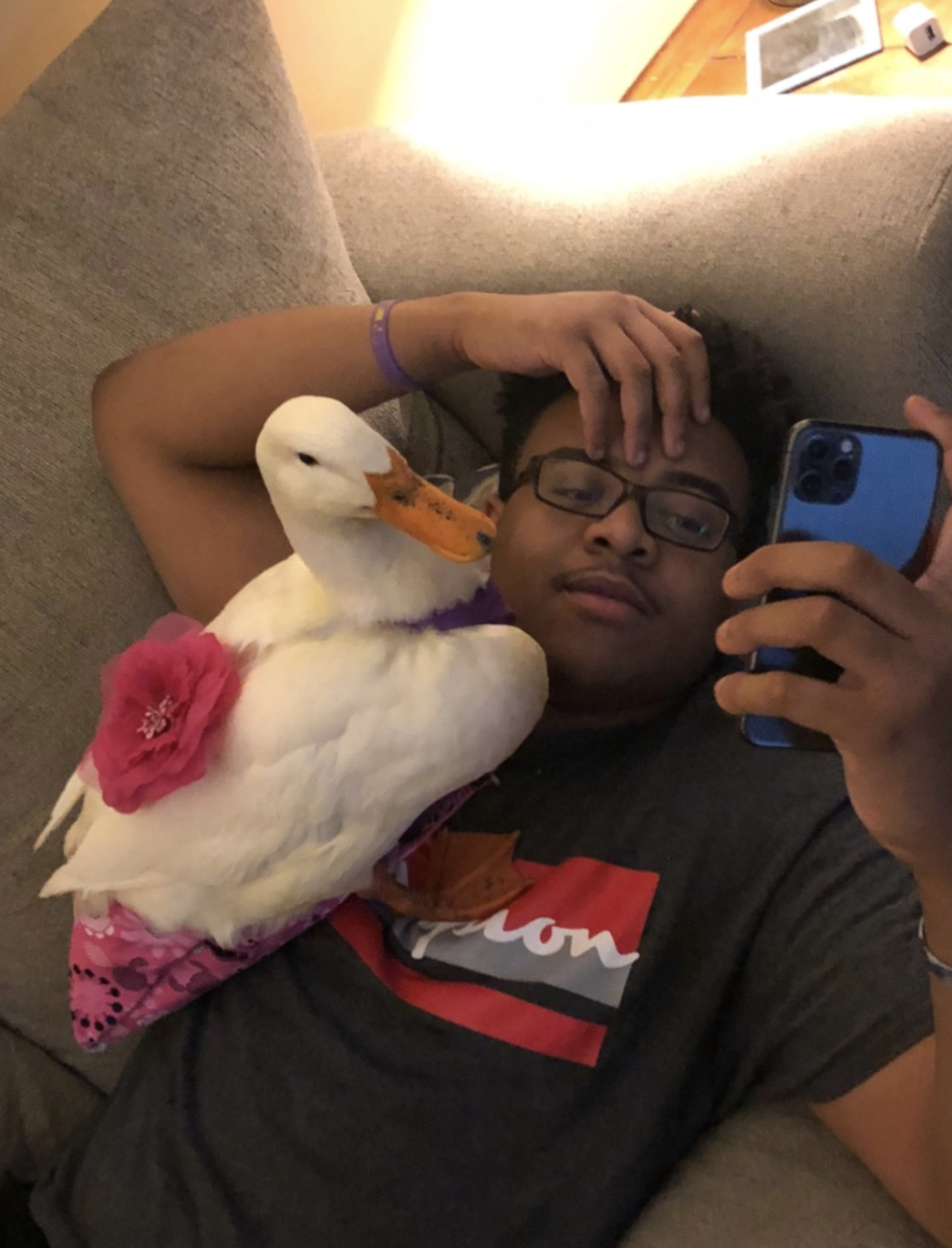 Lauren spends much of her time in the backyard, where she has her own kiddie pool and house. She’s also allowed into the Clays’ home where she enjoys pets and snuggles in front of the TV. She also makes cameos in Clay’s posts on YouTube and TikTok.

Last February, Clay had a song from TikTok stuck in his head — “If I Back It Up, Is It Fat Enough” by Cookiee Kawaii.

“If you touch [Lauren’s] tail feathers, she’ll shake them, like twerking. And my brain just connected the dots,” he said.

And thus, this fantastic video was born.

His mom and sister happened to walk in as he was filming the final frames, so they got in for a wiggle, too.

“The duck was surprisingly photogenic with the video,” said Clay. “She was really well behaved throughout the whole thing.”

The video quickly went viral, amassing more than 15 million views on TikTok. Clay also tweeted the video, where it got another six million views.

And although the post is from February, the video is going viral all over again as people share it to spark some joy during the coronavirus lockdown.

“More and more people have been retweeting it. I’ve seen messages like the world is going through a tough time right now so here’s something positive,” said Clay.

“I think it’s just because first off it’s a really happy TikTok, really good vibes, but also I think the duck throws a lot of people off,” said Clay. “It’s just like, it’s an infectious mood — like, he has a duck that’s dancing.” 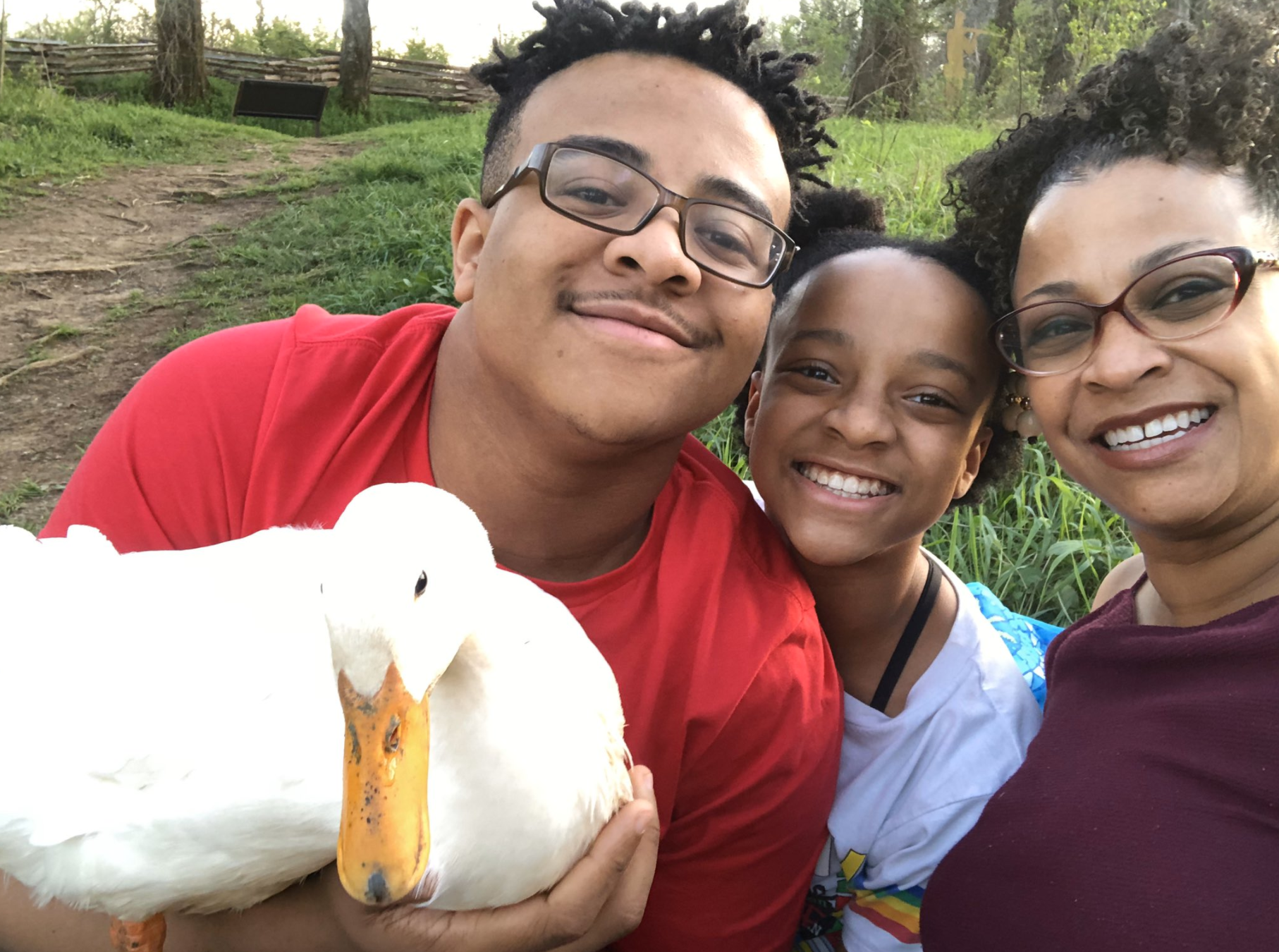 The whole fam jamming is also a favorite bit.

Clay said he and his family are happy to see Lauren bringing people happiness, but he also has a message for anyone who wants their own duck.

“If anyone hears this and is thinking of getting a duck, if you have a pretty good sized backyard and you can fit a kiddie pool, you can do it,” he said. “But if you have an apartment, don’t get a duck.”