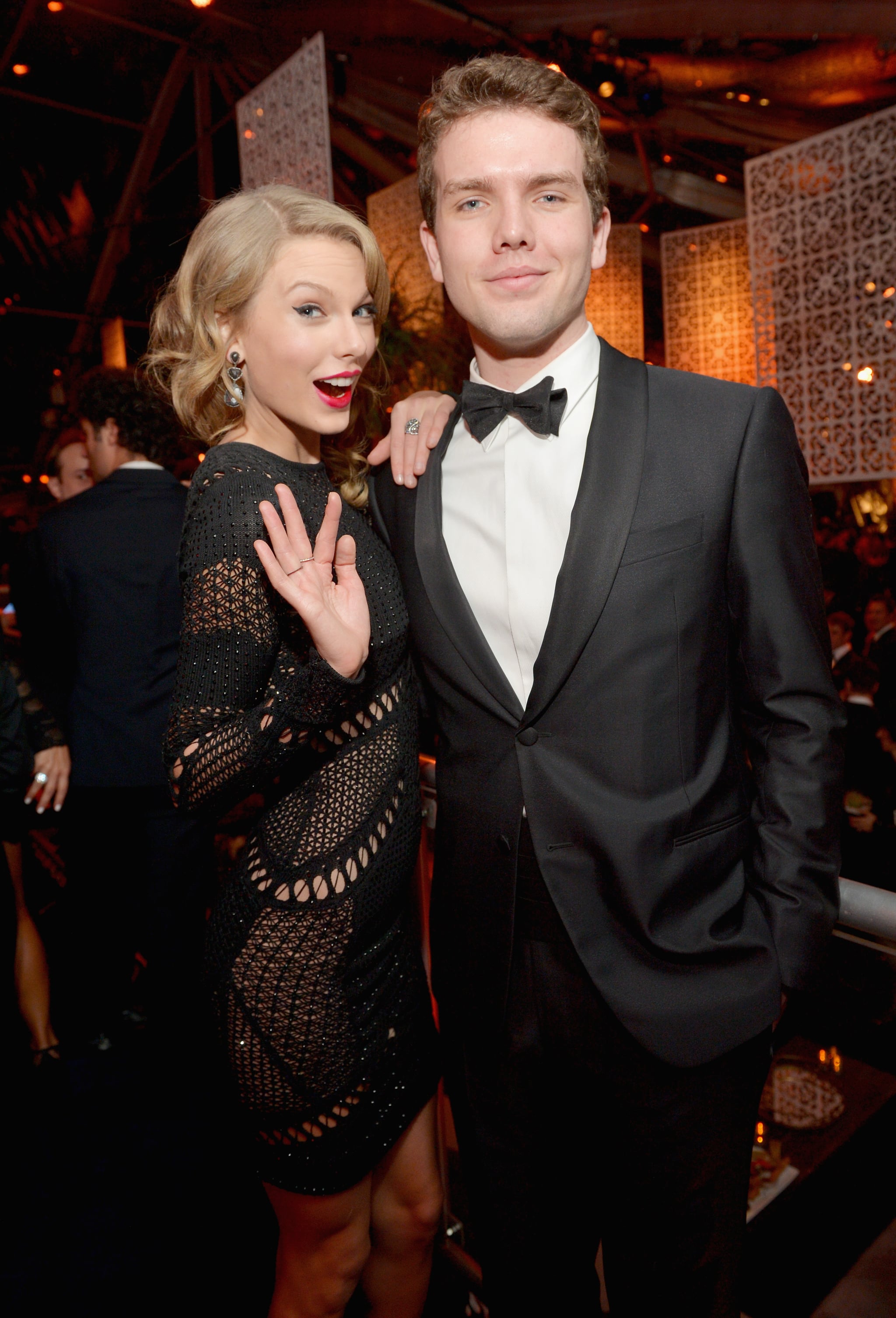 Taylor Swift may have found a creative way to rerecord her old music amid her ongoing battle with Scooter Braun. On Sunday, the singer praised a cover of “Look What You Made Me Do” that was used during the recent episode of Killing Eve, and fans are convinced she actually helped create it. The slowed-down track is recorded by a mysterious band named Jack Leopards and the Dolphin Club, who has no other tracks credited to it beyond the recent cover. However, what’s most telling is the producers behind the track: Jack Antonoff and Nils Sjöberg. While Antonoff is a longtime collaborator with Swift, Sjöberg is the pseudonym she used when she cowrote “This Is What You Came For” with ex Calvin Harris (the name was even featured in her “Look What You Made Me Do” music video).

So, just who is singing the track? It could be Swift’s younger brother, Austin! Eagle-eyed Swifties noticed that the cover art, which features a faceless boy in a striped dolphin tee, looks like an old photo of Austin when he was a kid. At one point in 2012, Austin also changed his name to the Dolphin Club, furthering the speculation. Perhaps, Jack stands for Jack Antonoff, Leopards stands for Taylor Swift, and the Dolphin Club stands for Austin Swift? Regardless of who recorded the track, there’s no denying it’s a total bop. Listen to the track ahead.