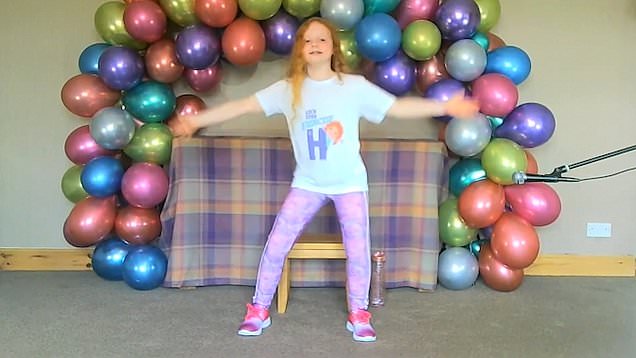 A little girl turned fitness instructor has been inspiring elderly people to get moving with her online workout classes – and they’ve been seen all over the world.

Nine-year-old Heather Bryson launched her live video online exercise class for OAPs and was delighted to be joined by people in care homes from as far away as America and Australia.

Heather promoted her class and then streamed her chair-based exercises to 167 care homes around the world earlier this month.

The schoolgirl, from Lenzie, East Dunbartonshire, was inspired by Captain Tom Moore, and was astonished when hundreds of strangers took part.

A video shows residents from the dementia unit at Parksprings Care Home, in Motherwell, Scotland, completing the class. 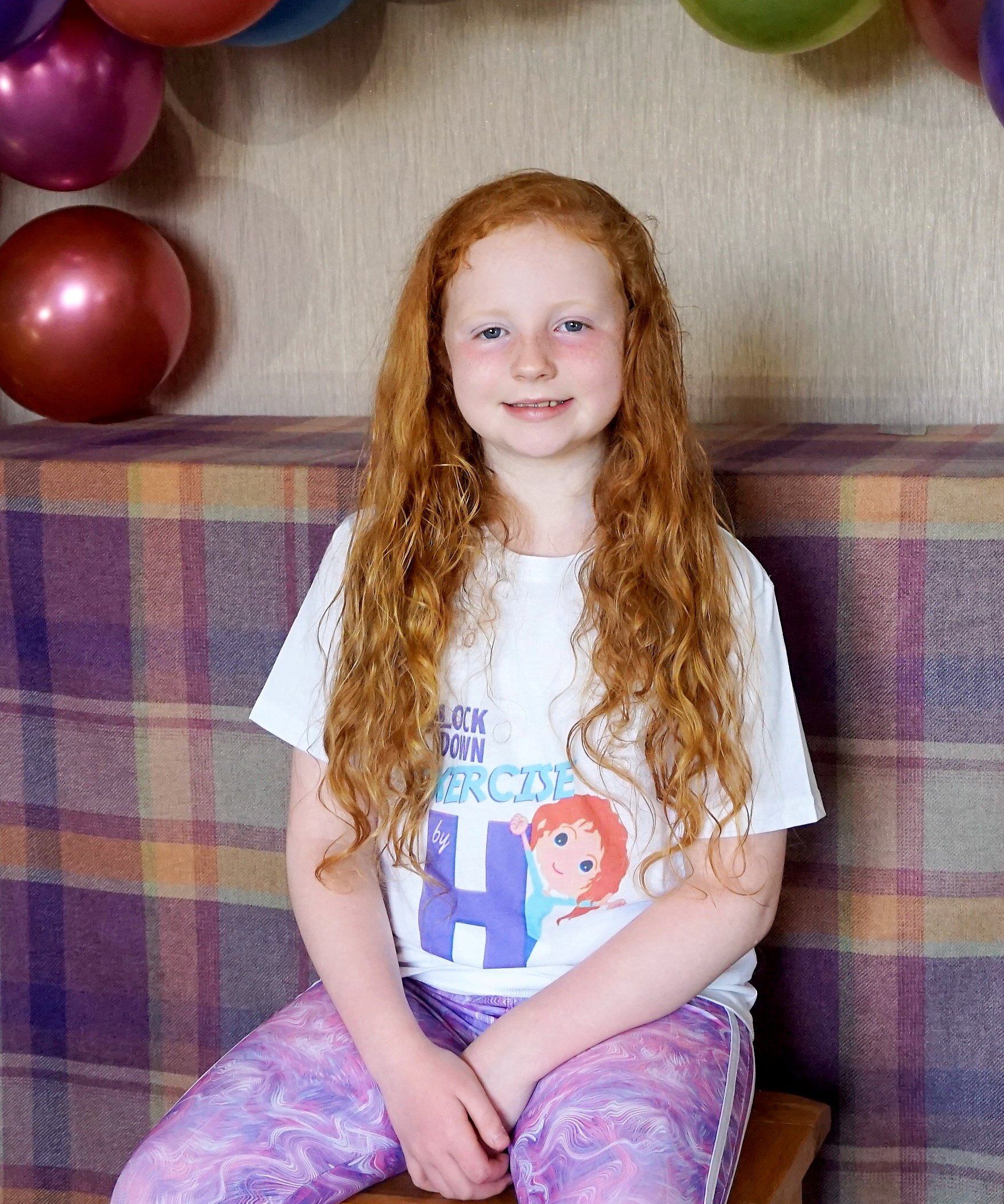 ‘I wanted to do a challenge inspired by Captain Tom because he was a hero and he really spread the message of hope,’ says Heather.

‘I wanted to do the same, and also encourage older people to become more fit and active. My aim was to make people smile and I think I did that.’

Heather says that she even received lots of emails after the class with photos of all the residents enjoying the class.

‘At the end of the day I was really happy, but it was hard work and I was happy to have a rest!’ she adds.

Heather’s grandmother, 94, sadly died in November last year from Covid-19, prompting her to do her care home based challenge.

After seeking advice online and from NHS physiotherapists, she replicated Joe Wickes’ online exercise classes – but made them suitable for older people.

She aimed to reach 100 care homes – but ended up smashing that after around 167 took part on Friday, streamed on YouTube.

Rosie Brennan, lead activity co-ordinator at the home, says: ‘Being dementia patients, you never completely know how they will respond, but our ladies were superstars and really threw themselves into it.

‘Once they realised what was happening, you couldn’t have stopped them if you tried. Heather’s positivity and energy rubbed off on us all.

‘Heather definitely achieved her goal. The smiles from the residents after were some of the biggest I’ve ever seen, and it was such a positive atmosphere.

‘Heather is amazing and she is such an inspiration to us all. We can’t thank her enough. The residents have already been asking when the next class will be.’

Parents Deborah and Gary Bryson say they are ‘incredibly proud’ of their little girl.

‘The challenge went extremely well,’ says Deborah, who is a dementia link worker. ‘Heather was amazing, and she wasn’t even nervous.

‘Being a confident, cheeky, red-headed nine-year-old, she engaged with the older generation in a way an adult couldn’t. She could give Joe Wickes a run for his money!’

Do you have an inspirational story to share? We want to hear from you.

Get in touch: [email protected]