Jean-Michel Othoniel has produced sculptures at impressive scales. His 60-foot beaded necklace stretches from the ground to the fourth-floor ceiling at the Chanel flagship on Manhattan’s 57th Street, and similar strands of glass beads have been installed in recent years as water fountains across the lagoon outside the National Museum of Qatar and in a garden at Versailles.

The French artist has a series of new and recent beaded sculptures, inspired by flowers, on view at Perrotin’s New York gallery. Although smaller in scale than his marquee installations, the sculptures that comprise “Wild Rosebuds” touch the same emotional scope of Othoniel’s practice. “Sometimes a very small sculpture can be so impressive,” says Othoniel over Zoom from his Paris studio.

The exhibition, which also includes paintings, is installed on the gallery’s intimate ground floor. Othoniel’s fleet of colored glass beaded “Kiku” sculptures (inspired by the chrysanthemum, a symbol of passion) are clustered — not unlike the petals of a flower — around a central stainless steel sculpture. A large-scale ink “Kiku” painting hangs behind the installation, which is reflected — along with a series of similar paintings — on the surfaces of the metallic beads.

“The rose is such an enigmatic flower with so many meanings in different cultures. So it’s a way also to enter the intimacy of so many different crowds and people with different backgrounds,” Othoniel says. “It’s a very poetic installation.”

Othoniel’s vision starts with the actual, living flower — he grows them himself and has planted around 20 different varieties on his rooftop. His order of operations is observation, drawing, painting, sculpture — the literal representation of the flower dissolving into complete abstraction, the conceptual vision of a rose erected through an architectural approach. 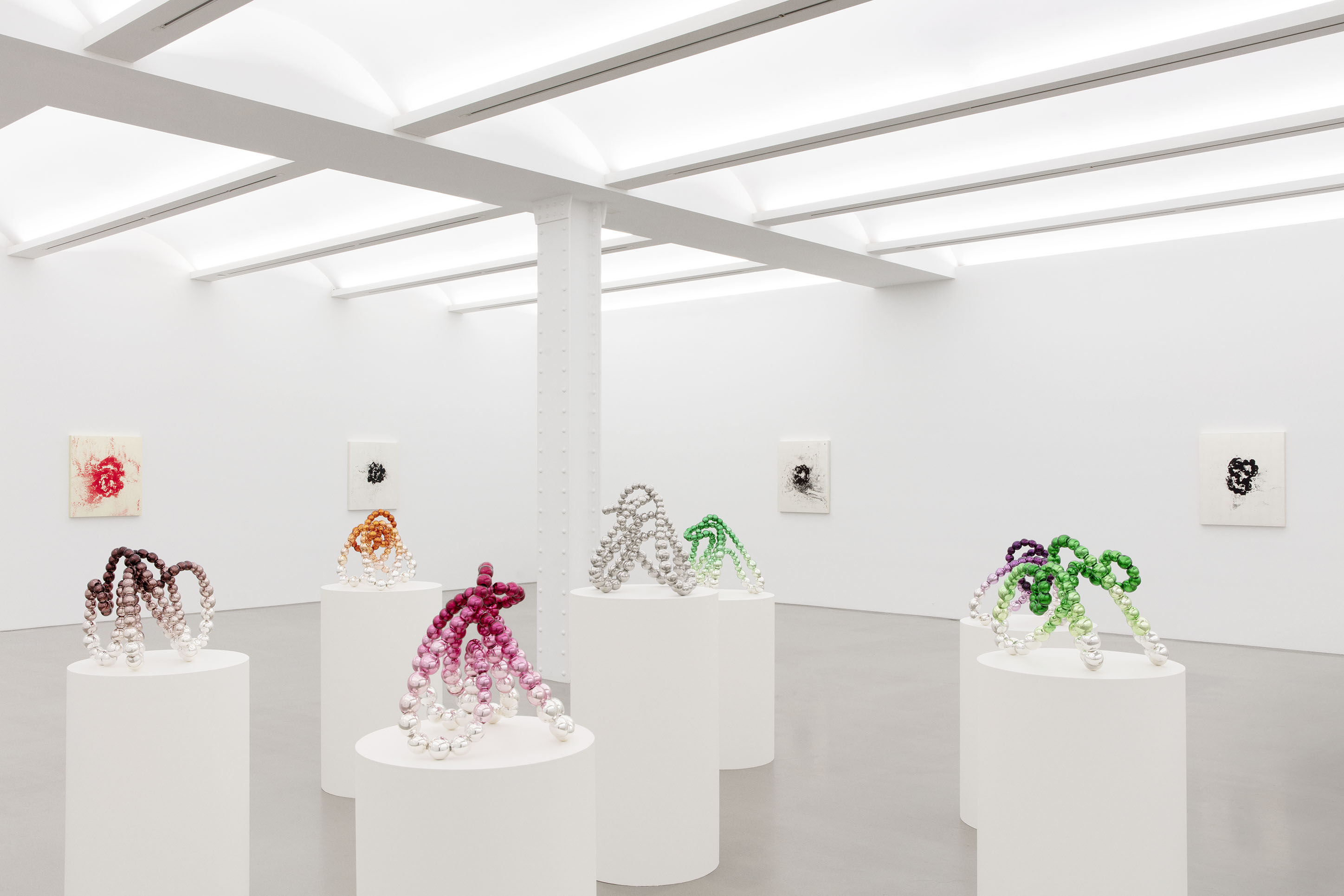 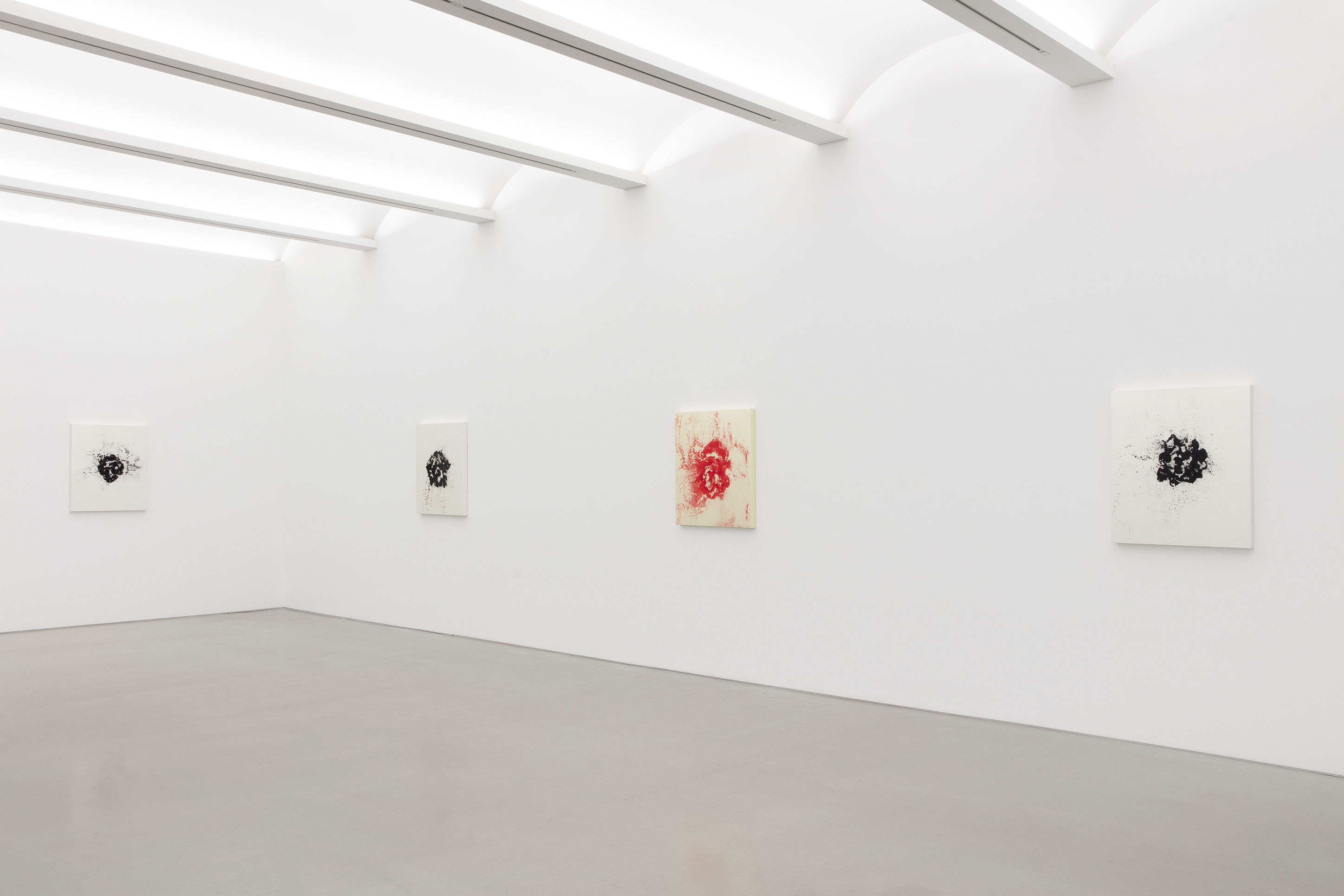 “When you don’t know it’s a rose, you don’t recognize a rose right away. You need time to turn around the sculpture and say, oh, those shapes are quite organic. They are quite fluid, but they are obviously not a direct representation of a flower,” says Othoniel, who several years ago paid homage to the rose depicted in Peter Paul Rubens’ Marie de’ Medici cycle paintings at the Louvre. Othoniel created six rose paintings (similar in style to those on view at Perriotin), which hang in the permanent collection at the Louvre.

“The beginning of my process is to look at the flower and to have a connection with nature through my first drawings from sketches,” the artist says. “This idea of contemplation is very important to my work,” he adds. “To find the wonder and the reality in the real world, to escape virtual images and to go back to very primitive feelings.”

Embedded in his work is another concept drawn from nature: mathematical knot theory. “Gold Rose” is realized in the shape of a Borromean knot; his Kiku series is rooted in wild knot theory — each curved bead contains infinite reflections. Nearly a decade ago, Othoniel connected with Mexican mathematician Aubin Arroyo, whose work with digital modeling and wild knots mirrored the forms that Othoniel was depicting through instinct, unaware of the mathematical connection. Arroyo reached out to the artist online, and the pair began an ongoing collaboration incorporating Arroyo’s mathematical research.

An exhibition born of their collaboration, “Wild Knots,” has been exhibited in Mexico, Argentina, and Montreal; the show is landing at Petit Palais this fall, the first time all the sculptures will be shown together in France. “The Narcissus Theorem,” Othoniel’s large-scale exhibition opening in September, will include new site-specific installations created for the museum’s outdoor gardens. The title touches upon the reflective attribute of his work and comments on society’s propensity toward another reflective object: cell phones, a portal to an infinite well of online images of the self. Othoniel’s art draws the viewer back to the body, and the installation process is a vital final component that allows him to choreograph how viewers will interact and move around the work.

The artist and his studio are in the process of producing 30 new works for the upcoming museum exhibition. Othoniel has leaned into the symbolism of showing his work within the building, originally built for the 1900 Paris Exposition, as its first major post-COVID-19 show. “It’s a very hopeful architecture, because it was a symbol of the new century coming,” he says, adding that he hopes that his show will serve as a similar symbol of optimism. Access to the museum and gardens will be free and open to the public for the first time, a decision the artist made with the museum.

“That’s a very important part for me in terms of how art can also be a political act,” he adds. “I hope people will be able to travel. We put all of our energy and decided to arrive with a beautiful gift as a show for the people.” 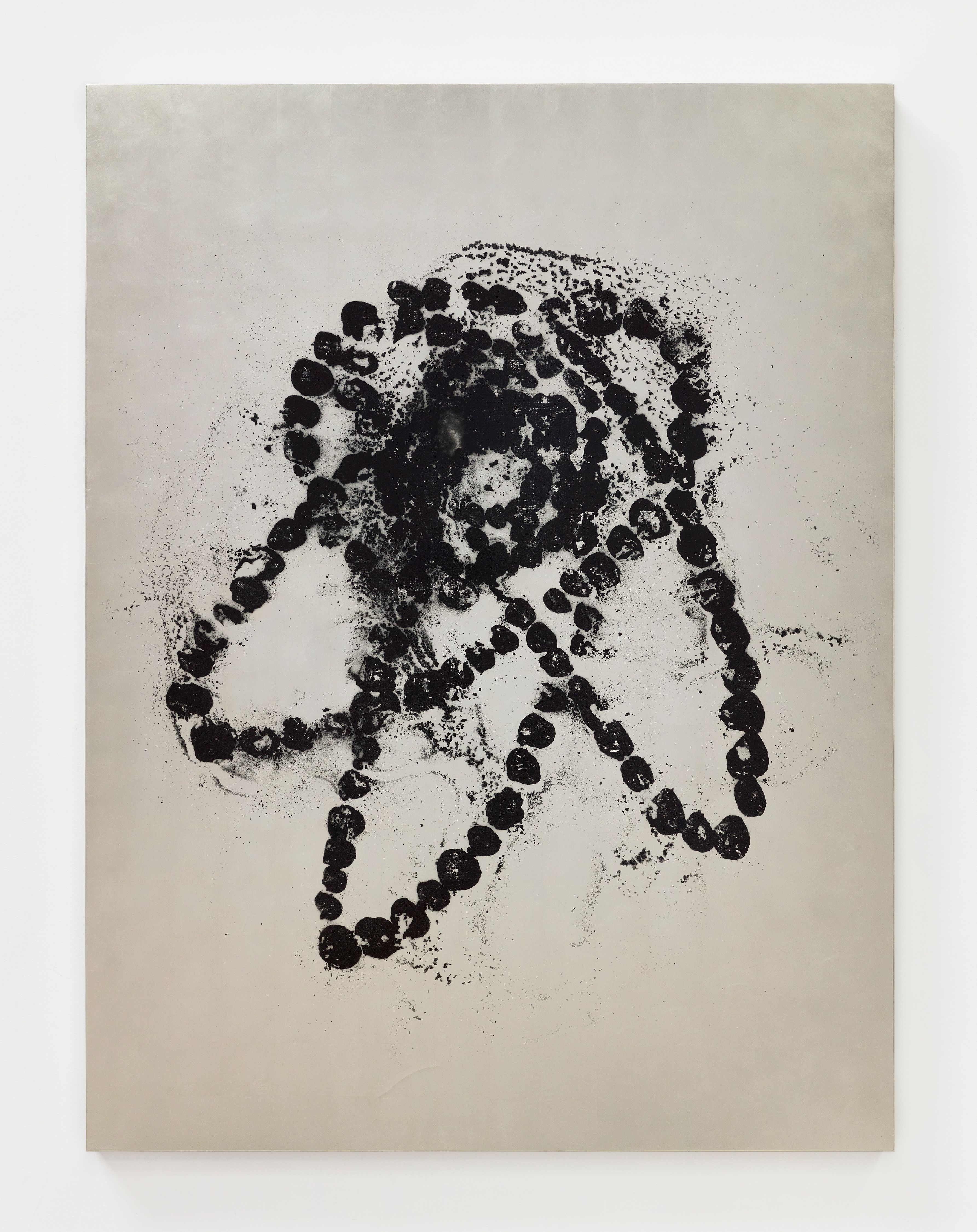 MORE FROM THE EYE:

Peter Saul Hasn’t Run Out of New Subjects to Paint

Painter Francesco Clemente on the Journey of Our Times