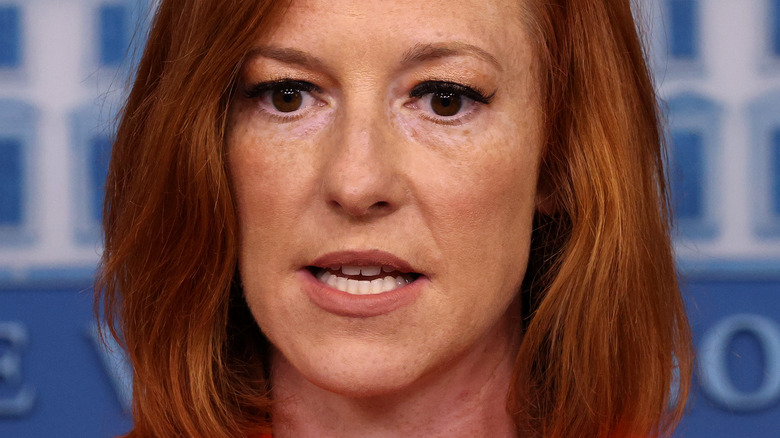 Since January of 2021, Americans have known Jen Psaki as the straight-talking White House press secretary for President Joe Biden. She impressed even the media on Biden’s first day in office by holding a press briefing late in the afternoon (via Marie Claire) after a scaled back inauguration due to COVID-19 concerns. Psaki didn’t come to her position overnight. In fact, she worked long and hard to get there, including within former President Barack Obama’s White House.

Psaki graduated from the College of William and Mary where she earned a dual degree in English and sociology, according to the institution’s website. Psaki used her degree to work in politics almost immediately. According to Vogue, Psaki began her political career working on Iowa election campaigns. She worked on the re-election campaign for Iowa Sen. Tom Harkin and moved on to work for Iowa Gov. Tom Vilsak.

In 2004, she got her first taste of a presidential campaign when she joined John Kerry’s bid to unseat then-President George W. Bush. While Kerry lost the election, Psaki’s star continued to rise within Democratic campaign ranks. 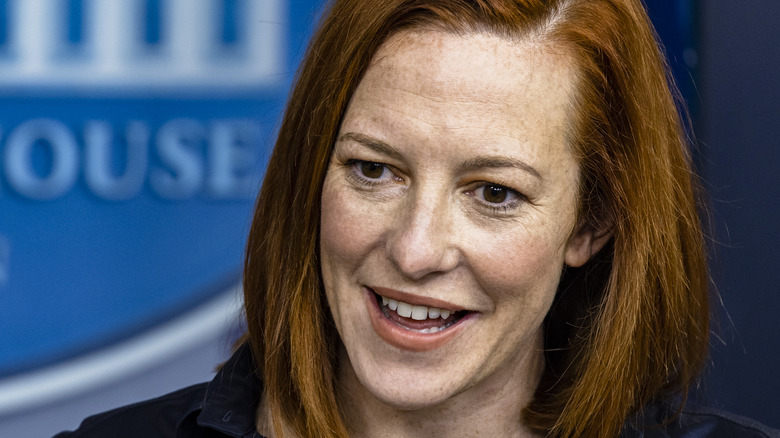 After spending time working for the Democratic Congressional Campaign Committee in 2006, Jen Psaki became a close aide to Barack Obama during his initial White House run; and after the campaign, she joined his administration as deputy press secretary and then moved up the ranks to become deputy communications director, according to Vogue. She also served as the traveling press secretary for Obama during his re-election campaign in 2012, per her bio for Georgetown University, where she served as a fellow.

One of her duties when she first joined the Obama White House was to oversee the economic portfolio in the communications office during the time then-Vice President Biden was trying to implement the 2009 economic stimulus plan, also known as the Recovery Act. She also served as a spokesperson for the State Department when John Kerry was secretary of state during Obama’s second term. Those positions made her a trusted ally of the former vice president when he decided to run for the presidency in 2020, reports Politico.

In between her White House days and her State Department days, Psaki left the Obama world in 2011 to work for Global Strategy Group, a Democratic communications and research company, according to the Washington Post. 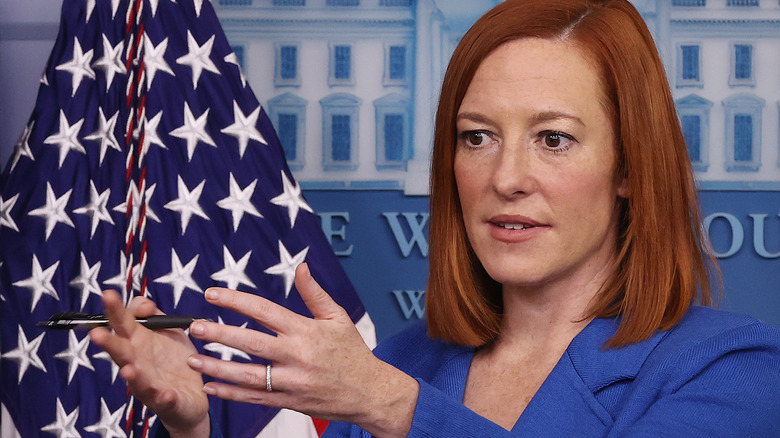 In 2017 with Barack Obama out of the White House and Donald Trump in, Jen Psaki signed on with CNN to become a political commentator (via The Hill) and never had any intention of being a part of a White House communications team again. Then, Joe Biden was elected president in 2020 and she took a job with his transition team overseeing the appointee confirmation process. According to Politico, she said she was just doing the job to help former colleagues. Then, she was offered the job of press secretary in late November, beating out other top contenders Symone Sanders and Karine Jean-Pierre, who had worked on the campaign’s communications team (via Politico).

Jennifer Palmieri, a director of communications while Obama was president, told Politico that Psaki was perfect for the job. “She is an ideal choice for them for a job that’s really hard to fill,” Palmieri said. “It’s hard to find someone that has credibility, the press likes, will mesh well with the White House staff and can speak about foreign policy and national security issues with a lot of credibility.”

In May of 2021, Jen Psaki had already announced she would only keep the press secretary job until some time in 2022 to spend time with her two small children (via Insider).