In the 16 years since Steve Waugh has been retired from cricket, he hasn't picked up a bat: "Unless I'm playing fair dinkum, it's hard for me to play a social game." It wasn't until January, when he embarked on a 17-day trip to India armed with a Canon SLR camera that he learnt to use on the fly, doing a "crash course" with travel companion, Magnum photographer and former cricket snapper Trent Parke, that the former Australia Test cricket captain rediscovered his love of the game. 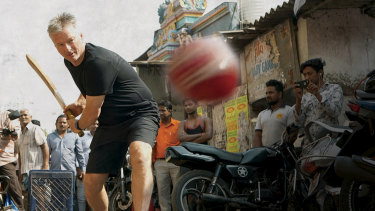 Capturing Cricket: Steve Waugh in India goes to air next week on ABC.

"Getting back to India reignited that passion I had when I was a kid. Playing with the kids on the street and the beach and the mountains … it was good to get a bat back in my hands."

Capturing Cricket: Steve Waugh in India, is a snapshot of that country's obsession with the sport, and the changing nature of the game that was once reserved for the rich. Sure, Waugh plays a few hair-raising rounds inside a maharajah's palace, narrowly missing Ming vases and centuries' old portraits. But he also meets a team of blind players; coaches a girls' team; bats with children in an alley strewn with rubbish; and joins in with Himalayan monks so Zen they don't flinch when fast bowls whack them in the face.

The trade-off for the photographs that Waugh has self-published in a book called The Spirit of India – Cricket, retailing at $249, was a game with his subjects.

"That appeased them. They got what they wanted and I got the shots I wanted. They've got to realise that you're not trying to take advantage of them. In some of the poorer areas, tourists come through and take shots of the really harsh conditions they live in. I've been there quite a few times and I think they trusted me to showcase their love of cricket. That's what I was trying to capture. I wasn't trying to capture the poverty or the negative side of things." 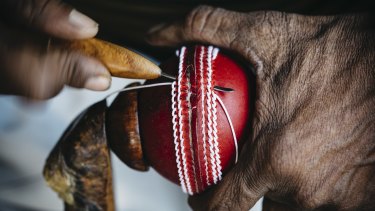 One of the images taken by Steve Waugh and featured in his book The Spirit of Cricket – India. Credit:Steve Waugh

He likens using a "proper" camera to playing a game of Test cricket ("You've got the preparation, you've got the set up, it takes time and the end results are worth it"), as opposed to using a camera phone, which he says is more akin to Twenty20: "Anyone can do it, it happens really quickly, it's got instant satisfaction and then it's all over." 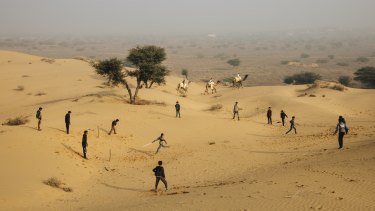 Another of the 220 images contained in Waugh’s self-published book. Credit:Steve Waugh

The book is a commercial venture to support his philanthropic work through charities in India and the Steve Waugh Foundation, which raises funds for children with rare diseases. He also wants to show how cricket has changed in India since the 1980s, when he first toured with the Australian team.

"Back then, it was a tough tour. You were there for 60 or 70 days, the hotels we stayed in were not the same level that players get now. There's a lot of travel involved, there's a lot of sickness among the group. Now, India is a five-star tour. The grounds are amazing; the facilities are incredible. Now, India is the tour everyone wants to go on." 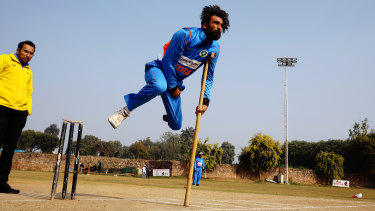 Waugh selected his favourite images from tens of thousands he took during his trip to India.Credit:Steve Waugh

It's evident that social media has levelled the playing field somewhat for local talent, when Waugh meets, in a small village, a three-year-old batting prodigy he discovered on Instagram.

"Now people can self-promote. Parents see this as an opportunity to get out of their current financial circumstances and have wealth beyond anything they've ever dreamed of, so there is pressure on some of the kids to make it as a professional cricketer, which is probably not healthy but understandable."

Such ambitions aside, Waugh says it is the pure enjoyment of the game, whether played on a manicured pitch or with bricks for wickets, which can be a unifying force.

"It's individual pursuit but you're also playing in a team. In India, for so many people who live below the poverty line, it unites them and makes them feel part of something bigger than themselves and I think it's great for a lot of people for their mental health."