While Kelsea Ballerini might be the queen of country, she also knows how to push the envelope and bend genres. In fact, in 2020, Ballerini performed her hit “The Other Girl” with Halsey in just such a genre-twisting collaboration at the CMT Music Awards, per PopCulture.

Per the coronavirus restrictions, the two performers sang in an empty bar in Los Angeles, while wearing coordinating leather outfits. While the performance was a massive hit for most, others decided to pipe up with unsolicited feedback that the song didn’t seem “country” enough.

In fact, shortly after the 2020 performance, Ballerini jumped on Instagram to offer her take on the negative reaction to “The Other Girl.” Ballerini wrote: “After reading way too many comments, I’d like to remind people that there are different kinds of country music and none are more ‘real’ than others when it comes from an honest place.”

She also added that “women can wear whatever we want and shouldn’t be called names and criticized for it, and that if you don’t have something nice to say, politely shut up.” Love it. Well, Ballerini returned to the 2021 CMTs and dropped some subtle shade about the whole ordeal. Here’s what she said. 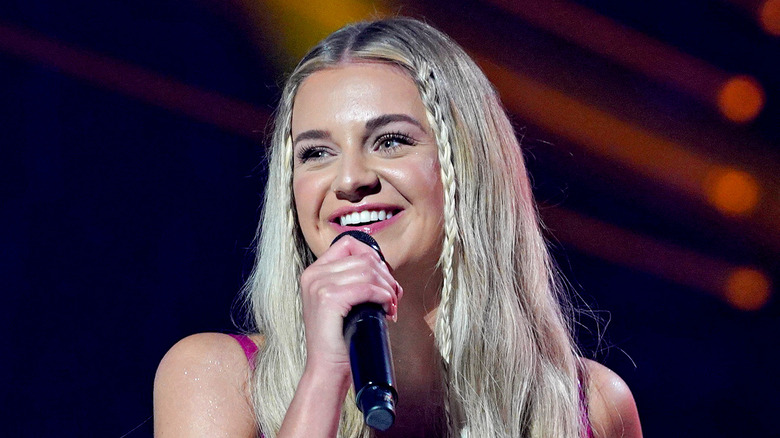 Kelsea Ballerini’s 2020 performance with Halsey at the CMT Music Awards of “The Other Girl” had a major impact. In 2020, Ballerini told Country Now: “What’s really special about this performance is, Ashley [Halsey’s real name] and I got together a couple months ago and we were trying to figure out, ‘How can we give this song a visual? How can we bring this to life in some way?’ Because obviously this year has gone way different than anyone had planned.”

One year later, at the 2021 CMT Music Awards, Ballerini and Halsey won CMT Performance of the Year for this song. When Ballerini accepted her award, she dropped a touch of shade at all of the previous comments about her lack of country loyalty. “This tells me that you know where my roots are and that you know who I am,” Ballerini said.

One fan piped up on Twitter to say what we were all thinking. “[P]eople (NOT EVERYONE) need to chill out. Kelsea Ballerini and Halsey’s performance ‘The other girl’ was at the cmt crossroads. so no, it’s not the most country song ever, but you people need to stop REPEATEDLY telling them that ‘this is not country’ over and over. Ty.” Rock on, Ballerini!