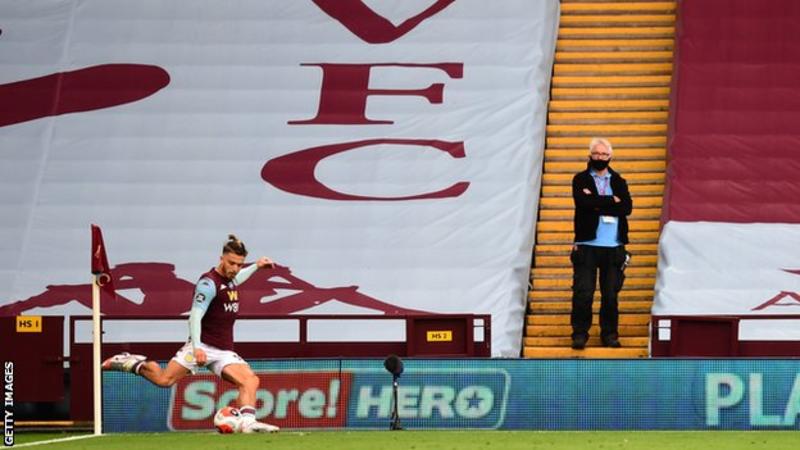 As the Premier League returned after its enforced 100-day hiatus, some things stayed the same but others were symbolic of the new world those who play the game and those who watch it must now occupy.

The eyes of the world were trained on the vast empty spaces of a stadium situated just off the M6 in Birmingham as a sliver of normality returned with the resumption of a season halted by the coronavirus pandemic.

It gave a layer of controversy to a game that held a strange fascination as “Project Restart” finally came to fruition.

The stadium may have been shrouded in silence as this fixture took place behind closed doors but there was true volume, power and emotion behind the statement made by players and officials at kick-off.

At the blast of referee Michael Oliver’s whistle, the players took the knee with perfect choreography for 10 seconds in support of the Black Lives Matter movement.

It was the enduring image of a few hours that offered us a glimpse into how it will be for the foreseeable future. It was preceded by a minute’s silence for those who have lost their lives to coronavirus.

This was a very different experience and environment – but we are living in a very different world to the one the Premier League left behind when Aston Villa lost 4-0 at Leicester City on 9 March. 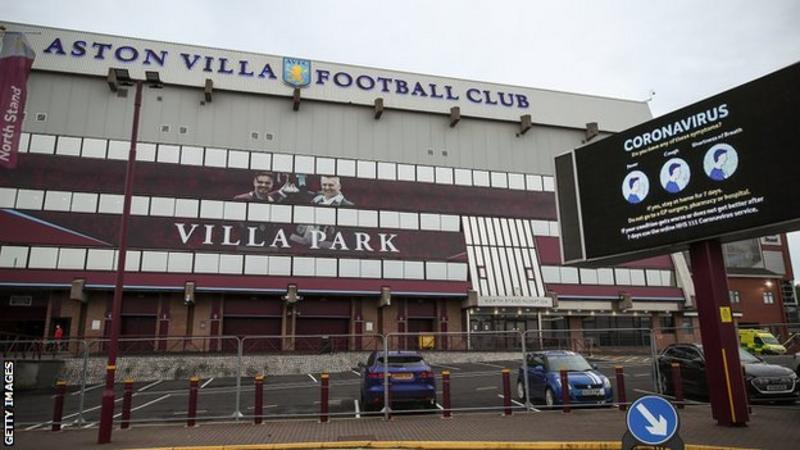 As you pulled off the M6 and headed towards Villa Park, you could see old haunts and gathering places were not the usual seething mass of claret and blue. The Holte hostelry, tucked in a corner near the stadium’s famous Holte End, was locked and silent, just a few lights on inside.

Instead of the usual hubbub there was calm, although that was shattered by a huge thunder and lightning storm just after the Sheffield United team coach pulled into the car park behind the Witton Lane Stand.

As Villa Park’s floodlights took full effect, it provided a spectacular backdrop to the big relaunch, as the media went through high security checks, including hi-tech temperature testing before being allowed in.

Just below the media area, the sound of thumping music emerged from the dressing rooms as the players tried to create their own atmosphere.

Zones were divided into green, amber and red with strict sanitisation and a one-way walking system in operation – all superbly efficient and well-organised by Aston Villa, the first club off the block in this context.

Among the empty seats, there was a poignant sight – an Aston Villa steward’s jacket placed in memory of manager Dean Smith’s father Ron, who used to perform that role and who died aged 79 after contracting coronavirus.

As players warmed up and those of us on the margins looked on, Villa at least tried to inject some atmosphere with a heavy metal soundtrack over the public address system before the players filed out separately.

It was somewhat incongruous as Villa’s announcer revved up the team announcements, brashly welcoming back John McGinn after his long injury absence, the stadium itself festooned with flags, banners (one from as far away as Prague) and coverings to at least add a dash of colour to an anaesthetised occasion.

I have attended one behind closed doors game before, when England drew 0-0 with Croatia in Rijeka in October 2018 but there was arguably an even greater sense of dislocation here. As had to happen, even those of us fortunate enough to be inside were socially distanced, taking the now customary precautions of wearing masks. 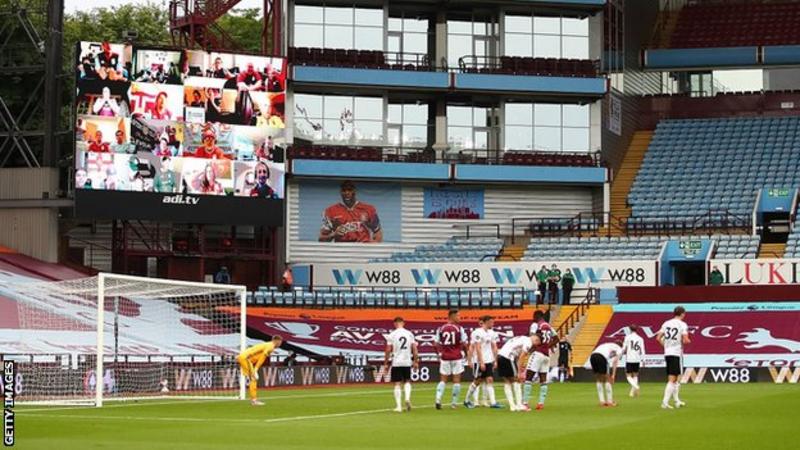 The countdown to kick-off clock and the faces of fans watching at home flickering on the big screens were all eye-catching attempts to fire up the adrenalin but the sight of the teams filing out separately, no handshakes and only the odd elbow bump on the sidelines, brought this new reality into sharp relief.

The game itself was not a classic and it would be delusional to talk it up, ignoring the fact this this will be an unsatisfactory experience for many traditionalists. Football needs fans but for now this is the Premier League as it has to be.

There was no holding back from the players, either physically or in terms of verbal encouragement, although those expecting a blizzard of after-the-watershed bad language would have been disappointed.

The shouts were mainly of encouragement, with Blades manager Chris Wilder the more vocal and visible manager, spending far more time out on the touchline with assistant Alan Knill than his Villa counterpart Smith.

There were cries of pain as Jack Grealish felt the full force of a couple of challenges, while Villa took advantage of the new rules by using four second-half substitutes.

So much was new. So much felt strange. Let’s say it – it all seemed very odd at times.

What must also be said is that every precaution and step is necessary in the current climate when sport is not the top priority in this pandemic, but the Premier League needed to get going again.

The tepid nature of the game will undoubtedly raise eyebrows among those who are not in favour of football without fans but it should also be said this game could have played out exactly the same in front of a packed Villa Park.

Muscle memory still kicks in with the players and make no mistake they were committed – as proved by loud shouts and groans of frustration from players of both sides when Oliver blew the final whistle on this game after six minutes of stoppage time.

There was almost a sense of relief among all of us inside Villa Park that this, with all its surreal and unaccustomed elements, was out of the way – although the Blades will nurse that sense of sporting injustice.

It was not a thriller at the Villa but it was a start and that is something many have been waiting 100 days for.