November is here, and the people have spoken: Please don’t pass the candied yams this Thanksgiving.

This is according to survey intel from polls conducted by Instacart, the nationwide grocery delivery platform, in partnership with The Harris Poll, on more than 5,000 American adults in October 2021.

"This year, many Americans are looking forward to coming together to celebrate Thanksgiving, with a majority who are planning to host or contribute dishes for Thanksgiving dinner this year (85%) saying they plan to make a traditional Thanksgiving meal for friends and family," Laurentia Romaniuk, Instacart’s trends expert, shared with Fox Business.

Romaniuk added, "However, there are some Thanksgiving menu choices that Americans are divided over when it comes to key parts of the meal, like white versus dark turkey meat, homemade and canned cranberry sauce, and whether to make homemade pies or serve premade pies from the store. One thing we can all agree on is that butter is the secret ingredient in nearly every Thanksgiving dish. Last November, Instacart delivered 3,399,218 pounds of butter, which is over a million pounds more than we delivered the month before."

Along with the findings — candied yams, green bean casserole, and cranberry sauce aren’t exactly the fan-favorites we thought — Instacart revealed several other interesting preferences when it comes to Turkey Day feasting. 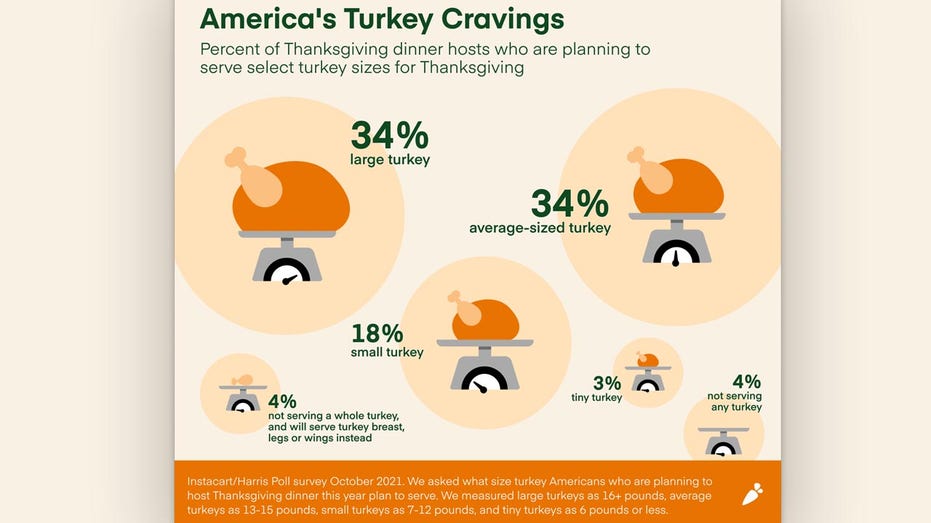 "Despite canned cranberry sauce being so controversial and a hot topic at many Thanksgiving dinner tables across the country, Instacart purchase data shows that sales for the Thanksgiving staple have increased by 32% over the past two years," said Romaniuk in a company blog post. "There are different reasons why consumers may prefer canned cranberry sauce including tradition, flavor, nostalgia, texture, convenience, or the fact that it can be served on a dish in the shape of a can, which adds an element of levity to the meal."

To see where your state stands on the cranberry sauce spectrum, check out the infographic below. 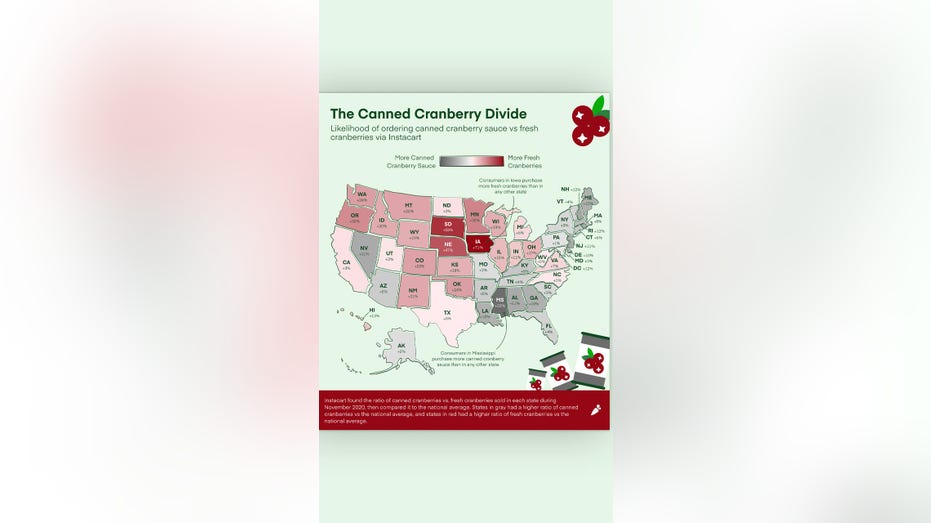 The survey also revealed information and data on how Americans feel about sweet potatoes, butter, and pies. Perhaps most surprisingly, according to Instacart purchase data from November 2020, the company delivered 3,399,218 pounds of butter in that month alone, a whopping 1,079,036 pounds more than what they delivered in October 2020.