In January 2008, pop star Britney Spears was hospitalised after what appeared to be a drug-related breakdown. After an emergency court hearing, custody of her two sons was given to their father Keven Federline, and she was placed under a legal “conservatorship” controlled by her father, Jamie Spears.

More than a decade later, a period in which which Spears built her career to the giddy peak of more than 100 million sold records worldwide, she continues to have no control over her personal finances. That conservatorship, which gave rise to a #FreeBritney fan movement which is pushing to break it, remains in force. 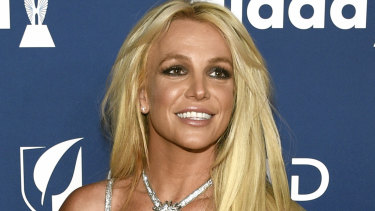 “I didn’t then, nor do I now, understand what a conservatorship is, especially for somebody capable of so much,” Spears’ friend and former assistant Felicia Culotta says. Culotta is one of a number of Spears’ inner circle who spoke to The New York Times documentary Framing Britney Spears, which aired in the US this weekend.

Equal parts bio-pic and investigative report, Framing Britney Spears charts the rise of the pop star, but also examines the complex and controversial legal arrangement under which she has no control of the fortune she amassed as a recording artist, a river of money which is still growing off the back of continuing track and album sales. In one disturbing legal document examined in the documentary, it is referred to as “a conservatorship business model”.

Raised in rural Louisiana, Spears’ celebrity trajectory is a small-town Cinderella-to-bright-lights-of-Hollywood story. She began singing in her local church, competed in gymnastics competitions and talent shows, and then at just eight-years-old was cast in a revival of The Mickey Mouse Club. Her fellow “Mousketeers”: Christina Aguilera, Justin Timberlake, Ryan Gosling and Keri Russell. 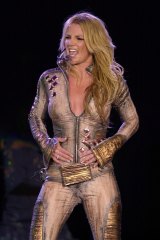 What followed was immense success – she was the best-selling female artist in the United States in the 2000s, and is the fifth most successful overall – but then came a spectacular fall from grace. There were lurid headlines, heavily-photographed friendships with other “party girls” such as Paris Hilton and Lindsay Lohan, and a succession of court battles for effective control of her life and wealth.

One of the key themes of the narrative is that Jamie Spears, the father of the now-39-year-old, who had not figured prominently in her pre-celebrity life, has a financial interest in controlling his daughter’s immense fortune. According to court documents, however, he is paid only US$130,000 annually as a conservator. (By a long measure the greatest external drain on Spears’ finances are lawyers, with legal fees accounting for around US$1 million per year.)

In August last year, Spears took action to have her father removed as her conservator. In documents filed in the Superior Court of California in Los Angeles county, she said she was “strongly opposed” to her father continuing in the role. Instead, she asked for a “qualified corporate fiduciary” to serve in the role.

A month later the court approved the Bessemer Trust, a New York family money management company which oversees around US$140 billion for approximately 2500 families, as co-conservator of Spears’ estate alongside her father.

The documentary, produced and directed by Samantha Stark, raises questions around the gendered nature of the conservatorship: that such action would never be taken against a male pop star in identical circumstances, and that in fact extreme behaviour by male celebrities is accepted without anyone challenging their control over their own finances. 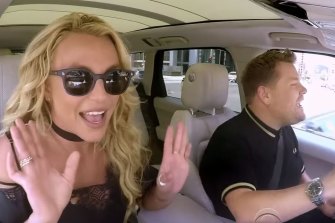 It also examines the extent to which Spears’ fame, and commercial success, has become a machine which feeds the legal and media ecosystem which surrounds it. That includes the conservatorship which places her finances in other people’s hands, the #FreeBritney fan movement which has sprung into being in response to it, and the tabloid magazine industry which headlines her, including the paparazzi photographer Daniel Ramos whose clash with Spears became a story in itself.

“It’s hard to get out of it,” Ramos says, defending the business of chasing celebrities in their darkest moments. “You could tell she enjoyed it,” he adds, reflecting on his early encounters with Spears. “She would give up the shots, waving. She was very friendly, a sweetheart of a girl. We both needed each other and its was a great kind of relationship.”

Like all such Faustian pacts, of course, it turned toxic. Captured by a photographer while driving with her son, un-buckled, on her lap, Spears became a target, and NBC’s Matt Lauer, whose own career was later incinerated in the wake of the #MeToo scandal, played the role of media prosecutor. In their exchange, Lauer challenges Spears’ fitness as a mother on national television. “That’s America for you,” Spears replies. Later, in the same interview, she breaks down in tears.

To some extent, however, that Spears-hungry ecosystem includes the documentary itself, which was produced without her participation but is hoping to carve its own space in the echo chamber which surrounds Spears. In a footnote, the documentary offers this: “The New York Times attempted to reach Britney Spears directly to request her participation in this project. It is unclear if she received the requests.”

Well, at least they asked.