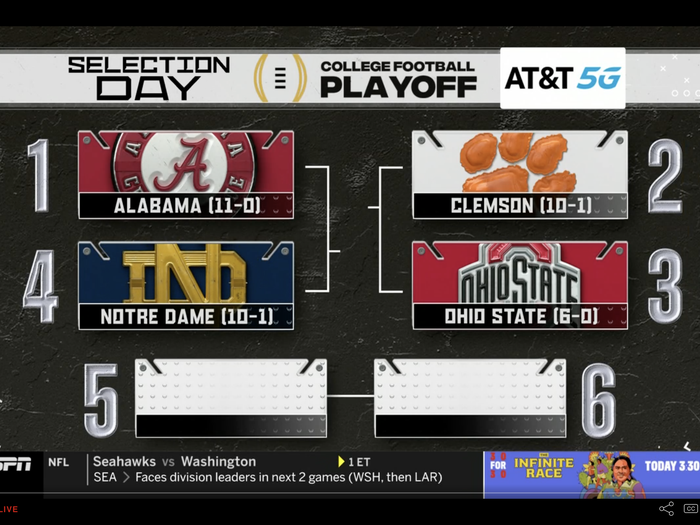 The College Football Playoff bracket is officially set, with Alabama, Clemson, Notre Dame, and Ohio State all reaching the semifinals set for January with a shot at taking home the national championship.

Alabama comes in as the No. 1 seed after an undefeated run through the SEC, capping off their season with a dramatic win over Florida in the SEC Championship on Saturday night. The Crimson Tide will face off against the No. 4 Notre Dame Fighting Irish.

On the other side of the bracket, the No. 2 Clemson Tigers will face off against No. 3 Ohio State in a rematch of last year's semifinal.

The winners of both games will meet in the College Football Playoff National Championship on January 11 at Hard Rock Stadium in Miami, Florida.