Victoria Larson — known as her “job title” as Queen Victoria on The Bachelor — has stirred up quite a lot of drama on Matt James’ season. Whether she’s the only one involved in it or not, she’s definitely gained the label as this season’s “villain.” But recently, her old mugshot was leaked and she looks a bit different. Not only that, but the crime was also revealed too. However, Larson isn’t really sweating the leak. 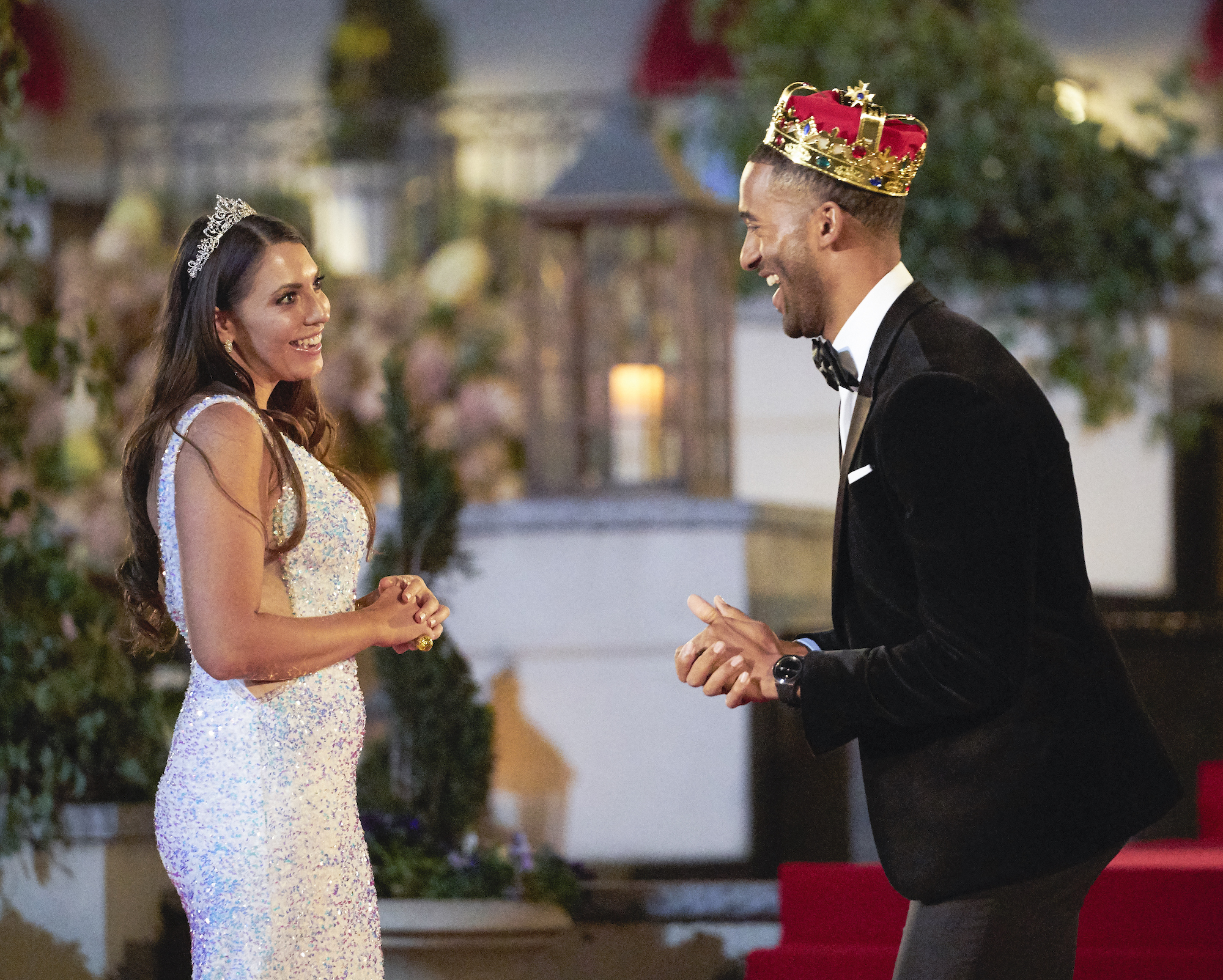 On Jan. 21, Us Weekly reported that Larson from The Bachelor was arrested in 2012, and posted her mugshot. She was arrested for stealing $250 worth of items and merchandise from a Publix grocery store in Tallahassee, FL. As the publication went on to report, Larson went through the checkout process with some items, but several others were put into a reusable shopping bag with the alleged intent to steal.

Larson was detained by police after leaving the store by police and gave a written statement later. The Sun reported that she accepted a plea deal later in 2012 and received a six-month probation. Larson also had to pay “hundreds of dollars in fees and attend theft awareness classes,” Us Weekly reported.

Along with the story, Us Weekly posted Victoria’s mugshot, which was taken after she was taken to Leon County Jail in 2012. At the time, she was blonde and she looks different than the brunette Queen Victoria that Bachelor viewers have come to know every Monday.

Larson, though, feels ‘liberated’ by the news

With this story, Larson didn’t feel an invasion of privacy, at least not that she’s saying out loud.

“When the story initially broke, I called my dad of course,” Larson told Good Morning America on Jan. 26. “He was like, ‘How do you feel? And I was like, I feel liberated. Everything is exposed. I can tell my future husband to Google me. I have no secrets to hide.’”

There isn’t much you can hide on the internet nowadays, and with the scrutiny that goes into the Bachelor contestants, Larson might have been anticipating something like this, evne though it happened almost a decade ago.

Regardless, the rest of the internet with GMA, Larson was pretty adamant as well that she was a lot nicer in real life, and that didn’t come across on screen.

“I don’t think my kindness got to show through and I really do have a good heart,” she said. “I actually became friends with one of the new girls.”

And no, it’s not Catalina, who Larson snatched her crown from.

Larson is much more diplomatic now, saying ‘looking back’ there are some moments that were ‘not her best’ on the show

While Victoria said that that crown-snatching moment in particular was not one of her finest moments, watching it back, she did mean all of her antics in good fun.

Larson insisted that the women on the show “knew her” and “knew her differently” than the audience does. She said they knew her intent on the show, making her actions come across differently on their end, as opposed to how they came across to viewers. Again, that’s at least what Larson said during the interview. During her conversation with Katie Thurston, that did not seem like the case. Or with her heated fallout with roommate Marylynn Sienna.

“If my words or actions hurt anyone, I sincerely apologize,” Larson said. “And I’ll do better and hold myself accountable. I’m not a bully. I’m really not.”