Ten-cent refunds for recycled containers will accompany a hike in the price of drinks in Victoria from 2023 under the state government’s container deposit scheme announced on Wednesday.

The scheme is aimed at dramatically decreasing the number of drink containers in household recycling bins and will allow 3 billion containers every year – almost half the state’s litter currently discarded in parks and at beaches – to be correctly recycled. 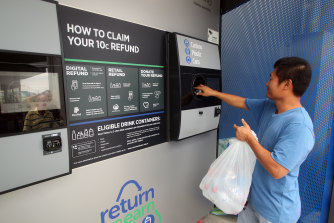 Victoria will host hundreds of reverse vending machines similar to this one in NSW by 2023.Credit:Chris Lane

Containers will be able to be deposited either over the counter at shops or at reverse vending machines hosted at sites such as local sporting clubs and charities, which will receive an extra refund for helping dispose of the recyclables – the exact amount of which is yet to be decided in Victoria.

After more than a year of deliberation, Victoria will become the last state or territory to introduce a “cash for cans” program and has chosen to replicate the model used in states such as NSW.

This “split responsibility” approach means there will be more collection points and extra accountability, but charity and community groups such as the Scouts, who campaigned for a different model used in states such as Queensland, will almost certainly receive less money than they would under a different model. 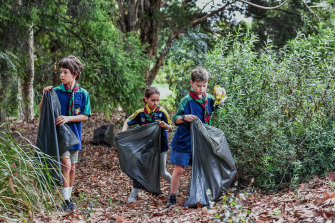 Scouts in other states receive additional refunds of up to 6.5¢ for every can collected.Credit:Joe Armao

While the state opposition criticised the government for being the last state to implement a recycling scheme based on incentives, Environment Minister Lily D’Ambrosio said she had landed on a model that would ensure the highest number of containers were recycled.

“There’s a win here all around and I’m absolutely delighted that we’ll be introducing legislation in the Parliament by the end of this year to make sure we’re all ready to roll with the network of infrastructure that will be in place for 2023,” she said on Wednesday.

Ms D’Ambrosio conceded several crucial details of how the scheme would operate were yet to be decided.

The contract for the “network operator”, which will charge a commission to operate collection points and dispose of containers, will be put out for tender and Ms D’Ambrosio said there could be one or various operators. 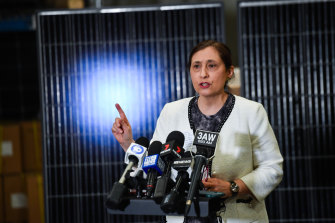 It will be up to drinks companies to decide how much more expensive their products become – beverages cost an average of 7.7¢ more in NSW and 9.9¢ more in Queensland since those states’ container deposit schemes began, according to data compiled by the Victorian government.

Wednesday’s announcement came after months of lobbying from interest groups who supported each of the models.

Scouts and local sporting clubs joined forces with Lion Nathan and Coca-Cola Amatil to push for the government to reverse its initial decision and choose the Queensland model, whereby community groups organise container collection drives and receive 6.5¢ for every item they recycle, in addition to the initial 10¢ refund. 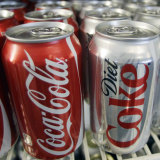 Recyclable containers such as soft drink cans and milk bottles will become more expensive in 2023.Credit:AP

They argued that hiring a network operator that took a commission from each container could reduce the additional refund for community groups to as low as 3.5¢.

Paul Klymenko, chair of the VicRecycle group set up by Lion Nathan and Coca-Cola Amatil, said community groups should be given a leading role as the government began its tender process.

“We’re hopeful community organisations, charities and sporting clubs will be able to directly take part in the scheme as collection-point network operators and not have to subcontract through a third party,” he said.

State opposition environment spokeswoman Bridget Vallence criticised the government’s lack of detail on how much community groups would benefit.

“The Andrews Labor government needs to come clean about how they’re going to balance corporate interests with the benefit for community, and local community groups deserve to benefit from a cash-for-cans scheme,” she said.

The head of the Boomerang Alliance environmental group, Jeff Angel, who accused beverage companies of wanting to control the program, welcomed the government’s choice of model.

“Everyone should now move on and work together on the key metrics, like recycling targets, involvement of charities and the most accessible collection points for consumers to get their 10¢ refunds,” he said.

Catch all the day’s headlines

At the end of each day, we’ll send you the most important breaking news headlines, evening entertainment ideas and a long read to enjoy.  Sign up here.