The home where Taylor Swift spent a part of her childhood has been listed with a near million dollar asking price.

It’s located at 78 Grandview Blvd. in Reading, Pennsylvania, and it measures 3,560 square feet on a three-quarter acre lot.

The three-level home was built in 1929 in a Georgian Colonial style, and it includes five bedrooms, three full bathrooms and two half bathrooms.

WHAT IS TAYLOR SWIFT'S NET WORTH?

"Boasting the epic curb appeal of stately, old-world charm on a massive lot with modern updates throughout," the property’s listing states. "Step through the ornate, covered front entry where the grand, front-to-back foyer makes a big first impression with hardwood flooring that flows throughout the main level, ornate picture frame and crown molding, and back door."

The home also offers a fireplace-equipped living room and den with multiple windows; a large kitchen with a marble island, built-in cutting board, floor-to-ceiling cabinets and stainless steel appliances; a breakfast room with a butler’s pantry with wet bar; a formal dining room; and private deck access to the master and secondary bedroom on the second floor.

Other amenities include a basement wine cellar and powder room, a laundry area, a heated pool and hot tub surrounded by a stone paver patio, a fenced garden, a spacious front and backyard, and a detached two-car garage.

Eric J. and Eric P. Miller of the Eric Miller Team at RE/MAX of Reading hold the listing to the famous home, which has been listed for $999,900.

"Swift, the celebrated country and pop music icon, lived here for a portion of her adolescent years before relocating to Nashville, Tennessee, to pursue a career as a musician," a press release from RE/MAX states. "This home is believed to be where Swift gained inspiration for some of her earlier songs."

Swift, 32, lived in the Georgian Colonial home with her mother, Andrea, her father, Scott, and her brother, Austin, until 2004, according to the Philly Voice.

FOX Business reached out to representatives of Swift’s for comment.

The family moved to Tennessee when Swift was 13-years-old, so she could pursue her music career in Nashville – AKA the home of country music. 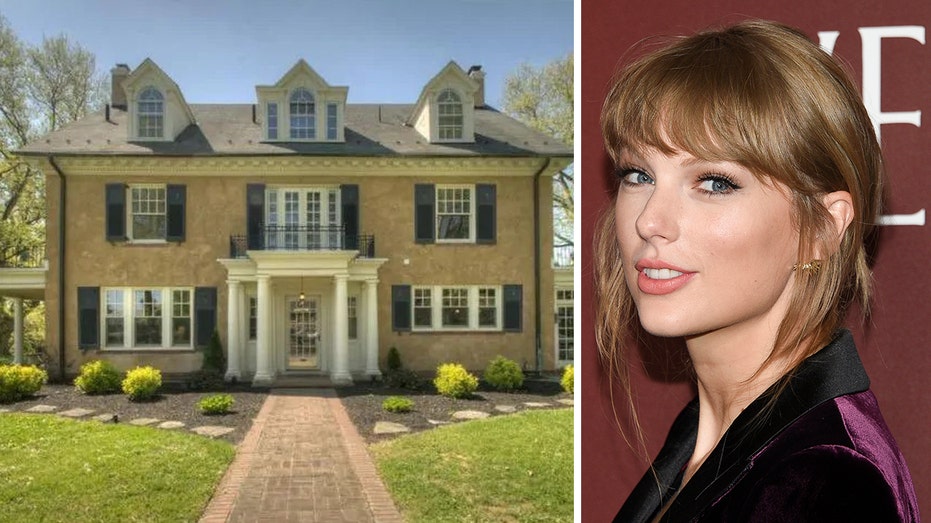 Taylor Swift (right) is an American singer and songwriter who once lived in Reading, Pennsylvania, at 78 Grandview Boulevard (left). The property is up for sale with a $990,000 asking price. (Redfin and Evan Agostini/Invision/AP)

Swift, now an 11-time Grammy-winning artist, currently owns multiple luxury properties throughout the U.S., some of which are in New York City, Los Angeles and Rhode Island.