NEWCASTLE keeper Martin Dubravka thought his heroics had won Slovakia a place in the last 16 of Euro 2020.

Instead it was his foul on Robin Quaison, conceding a penalty, which leaves his country’s hopes of qualifying for the next stage hanging by a thread. 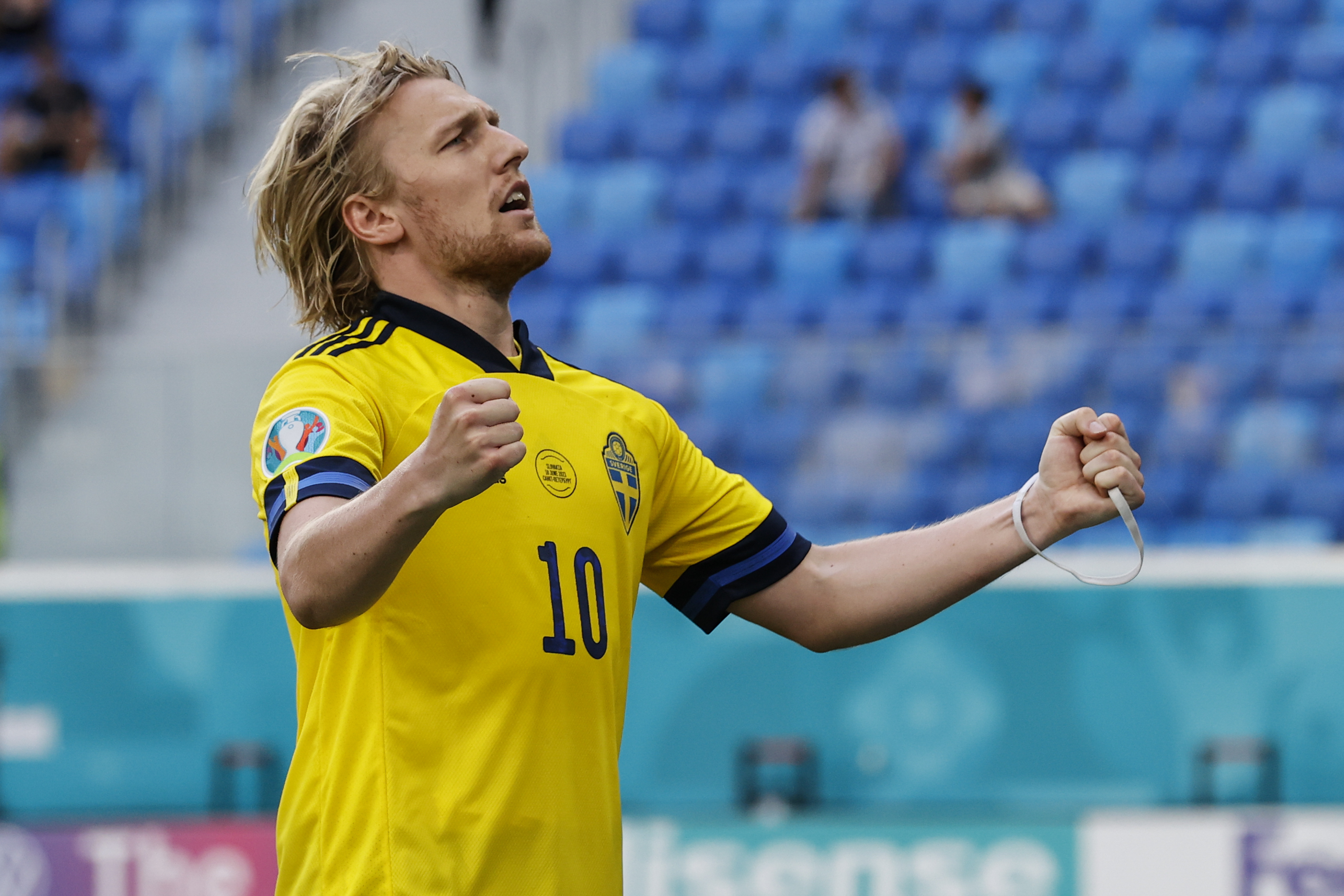 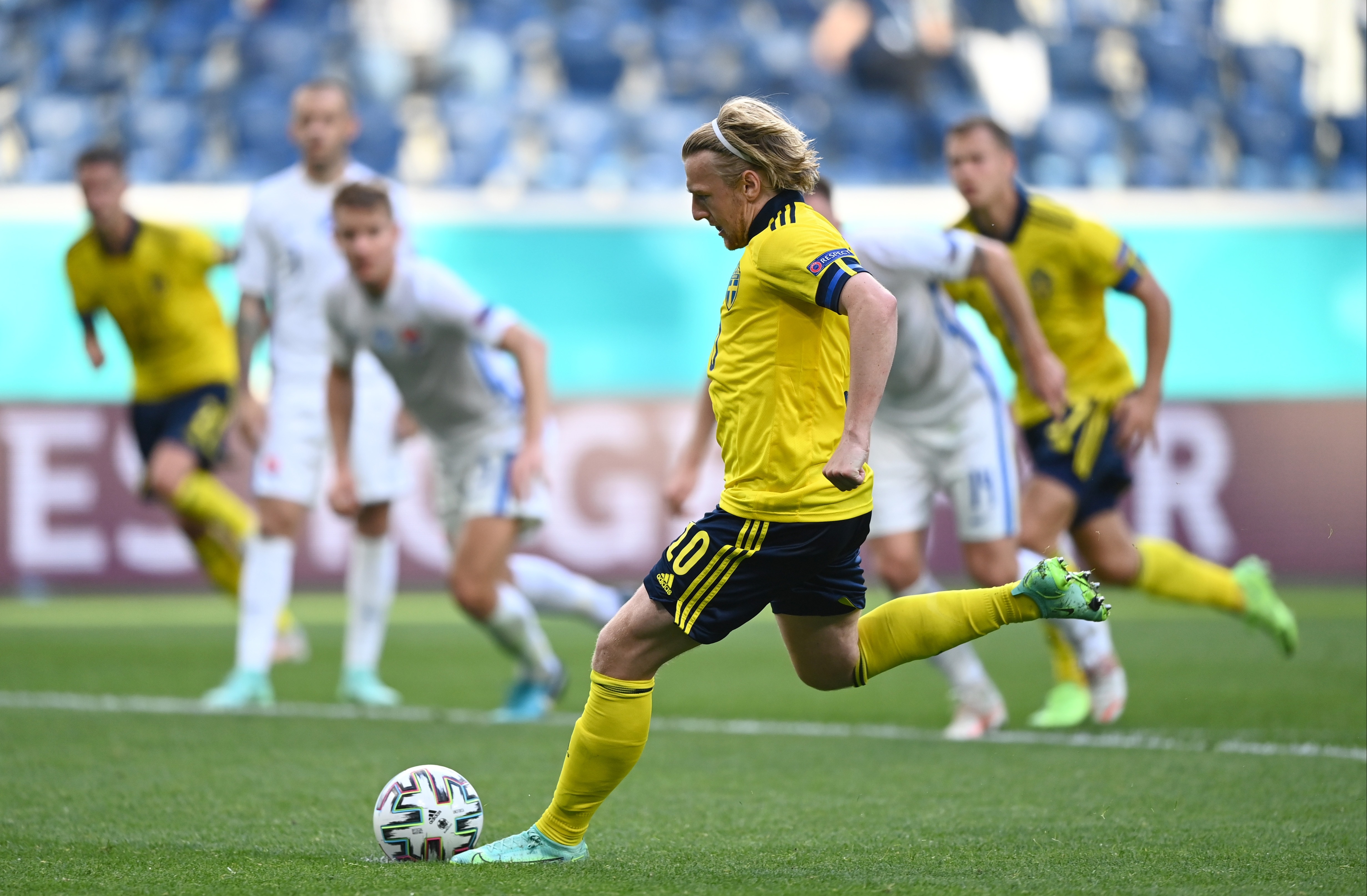 Emil Forsberg converted the 77th minute spot kick which, added to Sweden’s brave resistance against Spain to earn a goalless draw in their first game, puts them into the next stage.

Slovakia meanwhile paid the price for a negative approach in Saint Petersburg, where they were happy to sit back and play out the game for a point.

Having beaten Poland 2-1 in the first game that would have been enough for them.

But it is always a dangerous game to play. The gamble did not pay off and they now face Spain in their final Group E game.

Yet for a time it had looked like Dubravka had claimed the headlines for himself.

What a save he produced in the 59th minute to deny Ludwig Augustinsson’s close ranger header.

The delivery from Sweden captain Seb Larsson was perfection for Augustinsson to meet it with a powerful nod. 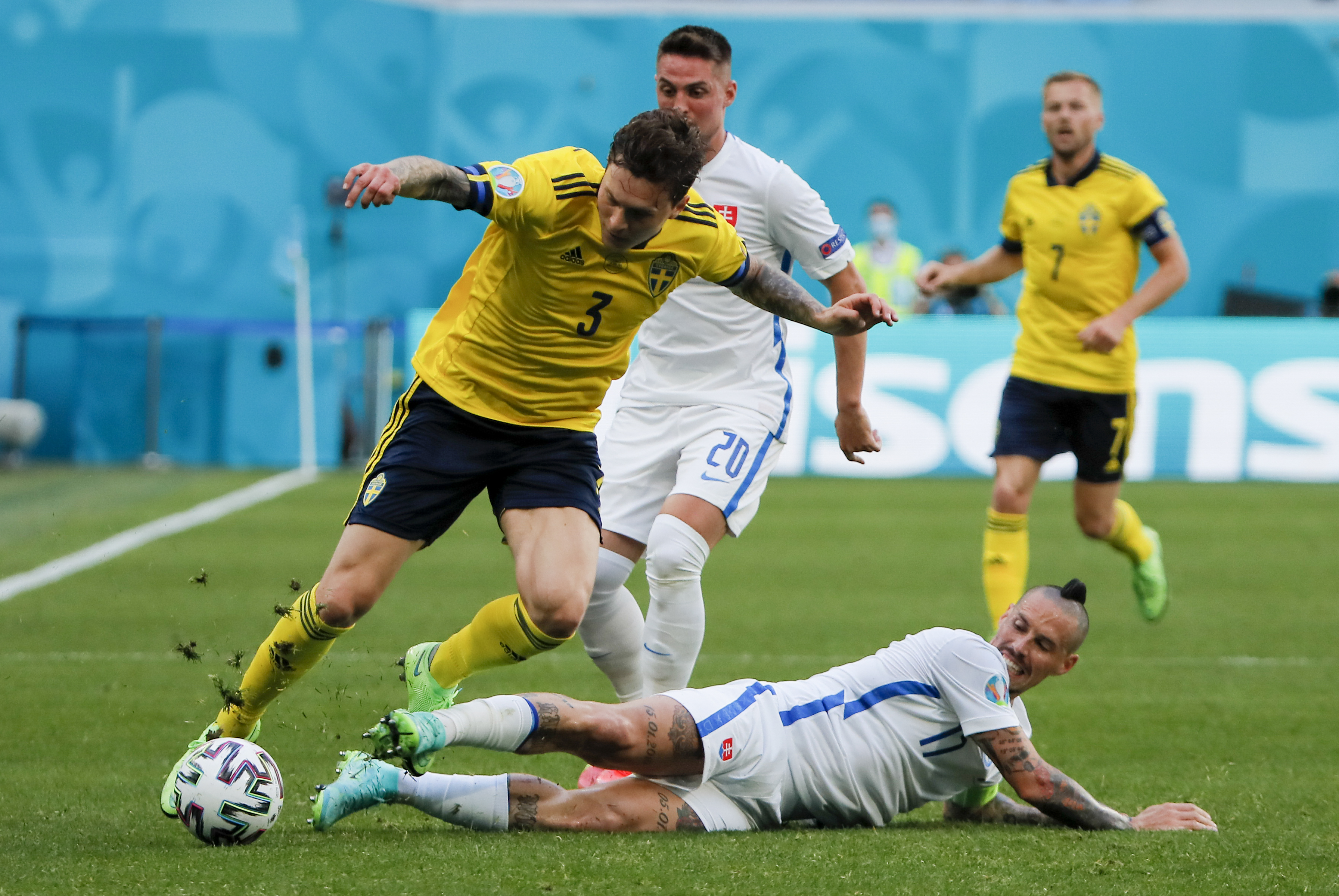 Dubravka was starting to go the wrong way but somehow adjusted his 6ft 3” flung out an arm and palmed the ball away.

Teammate Milan Skriniar was first to him as they punched fists in recognition of the moment.

He was at it again to deny Alexander Isak at the near post in the 72nd minute too.

It would count for nothing though as moments later Isak’s clever flick forward put Robin Quaison  in and Dubravka came out to meet him.

He knew quickly that he was going to be second to the ball and tried to pull out the challenge but Quaison collided with him and won the penalty.

Dubravka went the right way to try and deny Forsberg but the kick was too good beyond his outstretched arm and in.

It was a reward for Sweden’s positive approach in the second half after a dreadful first period from both sides. 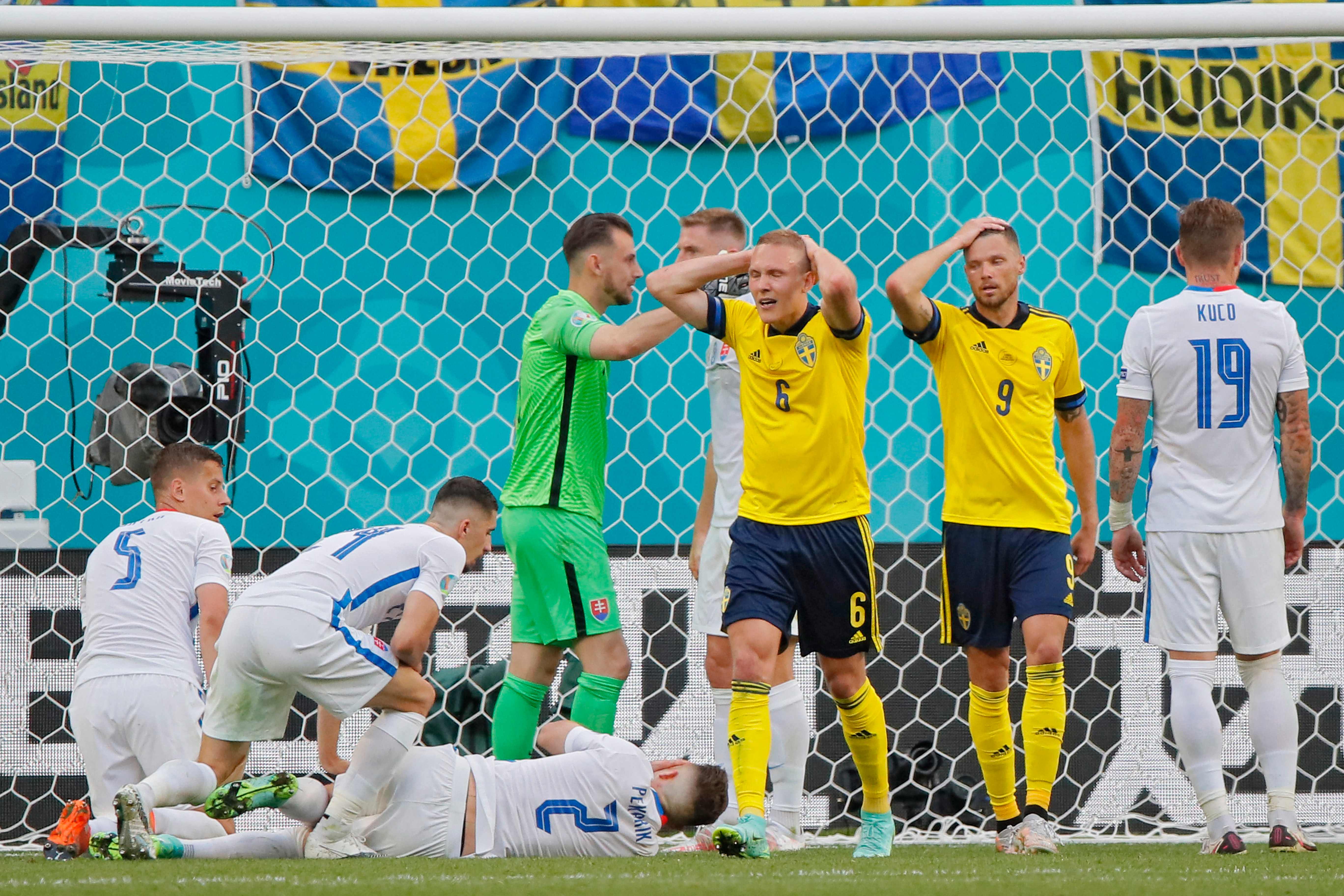 Real Sociedad star Isak, 21, came much more into the game and started to show why he was voted La Liga’s Young Player of the Year.

Scorer of 17 goal last season he almost claimed a wonder goal just before the penalty as he weaved his from inside his own area aound five players and into the Slovakia area before having his show denied at the near post by Dubravka.

A star who now has the chance to continue to shine in this tournament. 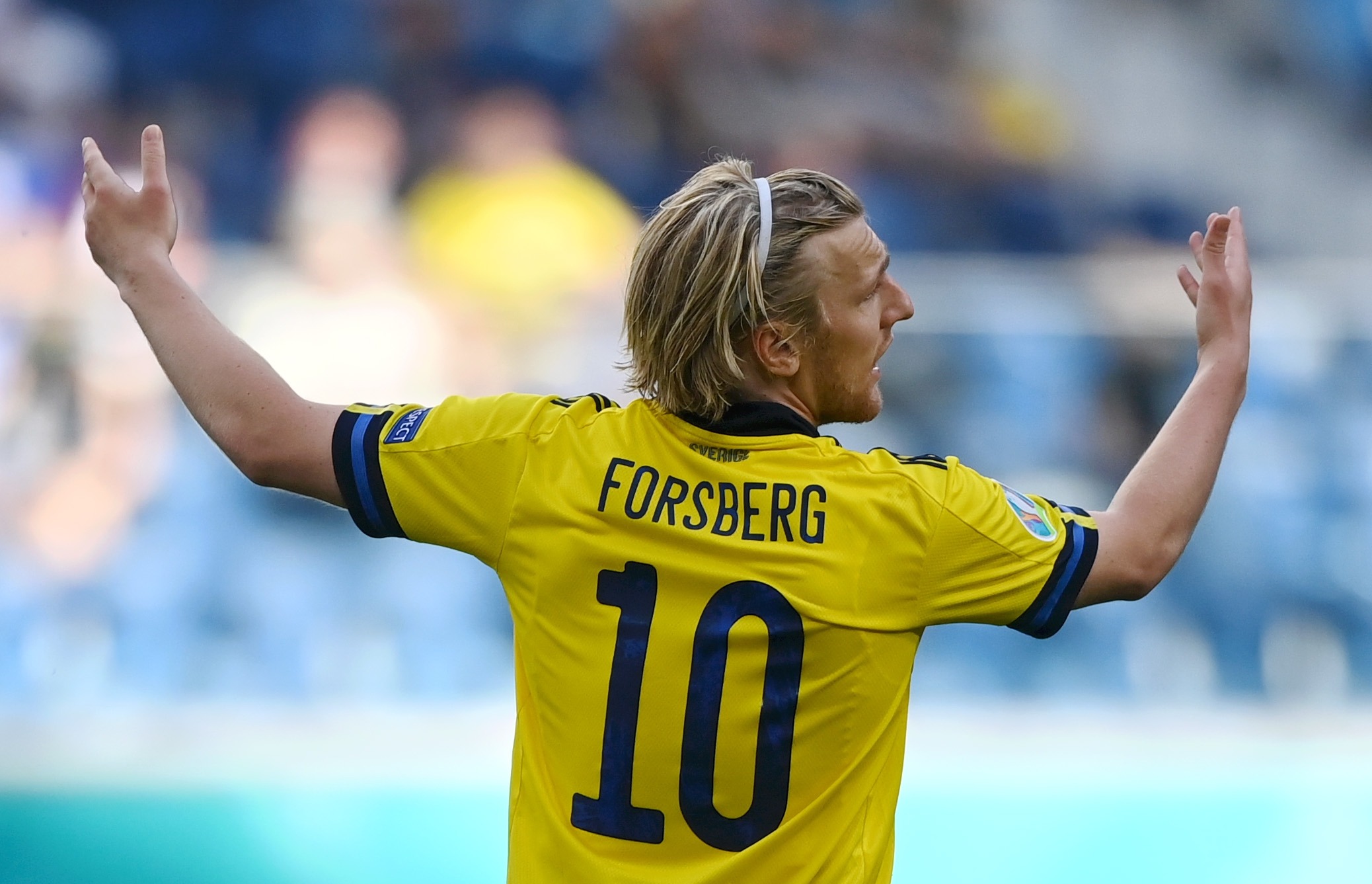