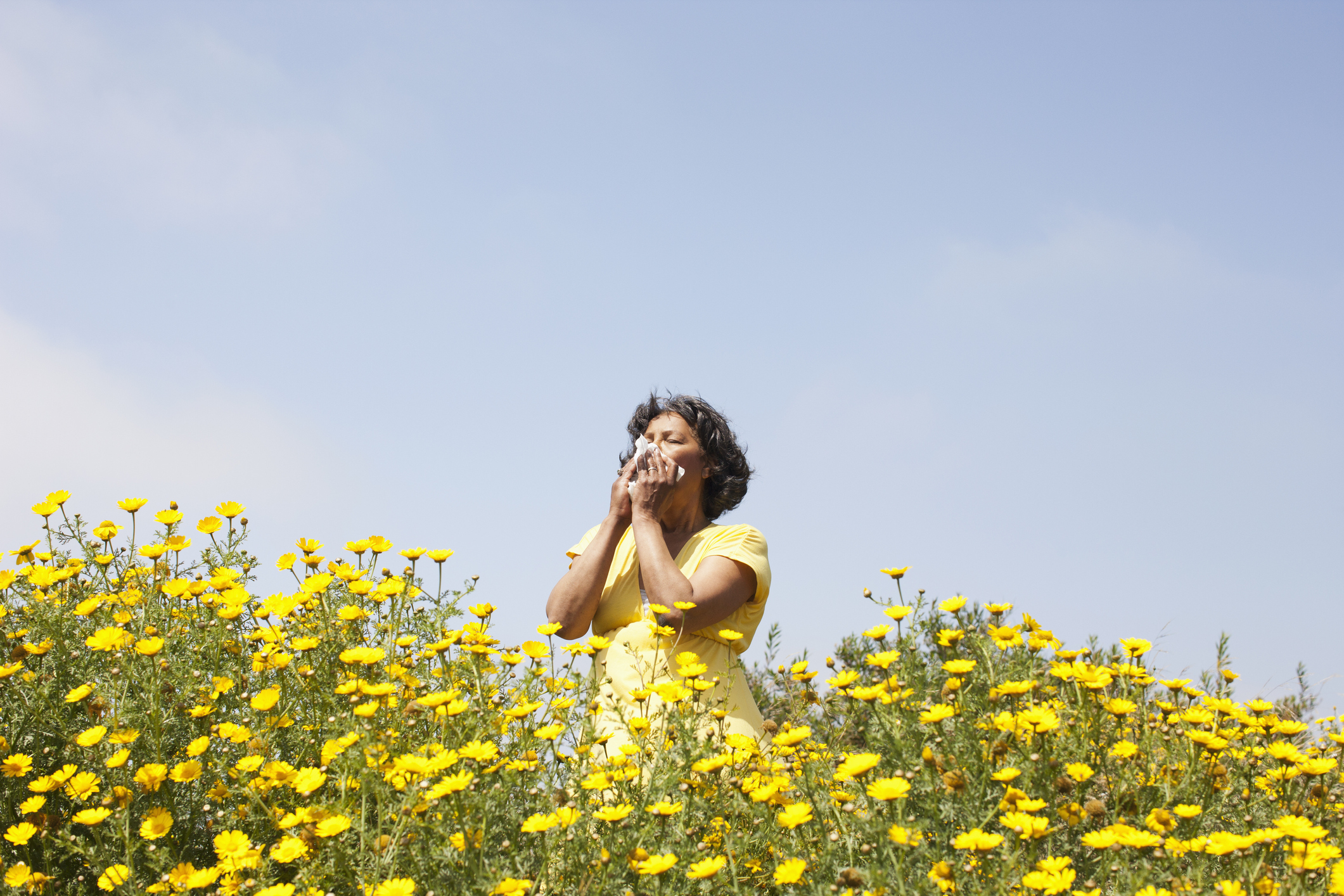 If your eyes and nose are running more and more since spring sprung, it might be because of hay fever.

Some who never had hay fever before have noticed symptoms, while others who already experienced the inconvenient affliction have claimed it’s worse than in previous years.

We’re currently at the peak of the pollen season, so it’s understandable that hay fever will be rearing it’s snotty, itchy head.

However, above this, there’s also a reported ‘pollen bomb’ exacerbating symptoms.

With rainy days dominating the last month, the effects of pollen weren’t as severe. Now the weather has warmed up, though, there’s no masking it.

Where you live will also have an effect, with the temperature and plants of the region all making a difference.

Clarityn’s pollen consultant, Dr Beverley Adams-Groom, said: ‘Some hay fever sufferers in London can be badly affected by the plane tree pollen season, which has an average of 12 high days.

‘Plane trees are planted on many of London’s streets and in parks and gardens.’

Scotland is one of the areas less affected by grass pollen, with hay fever hotspots located primarily in the south of England and the Midlands.

You can check the daily pollen levels on the Met Office website.

Here are some tried and tested remedies for the dreaded hay fever:

Over-the-counter allergy medication is the first port of call for anyone who suffers with hay fever.

Branded options include Clarityn, Piriton, and Benadryl, or you can opt for unbranded loratadine or cetirizine hydrochloride which work just the same.

If you know the pollen count is high, a barrier balm like Haymax can be rubbed under your nose to reduce pollen entering your body.

You can also apply barrier balms around the eye sockets if that’s where you seem to be affected.

Red eyes isn’t ideal, and high street pharmacies sell a number of drops which can relieve dryness, itching, and other associated side effects of hay fever.

Although they won’t rid you of it completely, they should reduce discomfort.

Brands like Beconase sell sprays you can use up your nose to reduce symptoms of hay fever.

They act like a barrier balm (just in a sprayable format) and stop pollen getting in, so hopefully no more sinus pain and runny noses.

Get in touch at [email protected]