Listening to hard rock bands like AC/DC can make anyone’s blood pump. Their music gets under the skin and invokes a response from somewhere deep inside all of us. Now, a study has proven it can even make us work more efficiently. A study found surgeons who listen to bands like AC/DC work faster and more accurately.

Researchers at Heidelberg University in Germany decided to study playing music in operating theaters thoroughly. They wanted to see if there was evidence that a particular genre and amplitudes could increase a surgeon’s performance during laparoscopic surgery.

The study, “Effect of Genre and amplitude of music during laparoscopic surgery,” shows blasting AC/DC’s music through speakers works best. It almost doubles surgeons’ speed at specific tasks in the operating room, and it doesn’t affect their precision.

The Sun reports that when surgeons listened to AC/DC’s “T.N.T.” and “Highway To Hell,” “the time needed to make a precision cut [dropped] from 236 seconds to 139,” and the doctors performed “around five percent better on tests of accuracy.” 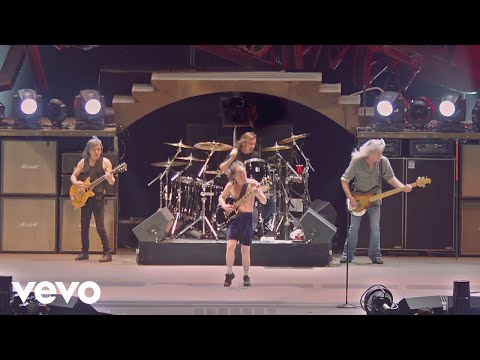 Why does listening to AC/DC make surgeons perform better?

So why does loud hard rock music help surgeons’ speed and accuracy? It’s all down to guitarist Angus Young’s steady rhythm.

Yang credits the study’s findings to the possibility “that music with high rhythmicity could provide a tempo to keep up the speed of the performance and thus enhance task performance.”

“In other words, hearing loud AC/DC while working makes sure surgeons don’t accidentally touch too much with their instruments, inadvertently make patients shake all night long by nudging the wrong organ, or, worst of all, cause a flatline that causes the worst of them to race off down the highway to hell,” the A.V. Club wrote.

It’s more than that, though. Take AC/DC’s “Thunderstruck,” for instance. Young plays his orchestral riff constantly throughout the song. He has a steel-like grip on it the whole time, keeping that chilling beat. It pumps adrenalin through its listeners.

Instead of confusing and disorienting, it locks its listeners in and makes them focus on every note. Listening to that iron-like rhythm, anyone could be better at their job.

The study aimed to investigate the effect of different music genres and amplitudes on laparoscopic performance. So, the researchers played the surgeons’ soft rock as well, specifically The Beatles.

The Sun wrote, “doctors were almost 50 percent quicker stitching up wounds when The Beatles’ hits ‘Hey Jude’ and ‘Let It Be‘ were played in the background.” However, this improvement “was lost if those tracks were played loud.”

So, bottom line: If you’re doing a technical-heavy job that requires every ounce of concentration, play some AC/DC or any other hard rock band. It’ll help you do a better job.