STUART HOGG trotted off injured after helping Exeter Chiefs book their Premiership play-off place in a pig of a game.

Title favourites Chiefs needed Scotland and Lions star Hogg to kick-start them into playing against Gloucester after a pig's ear of a first half. 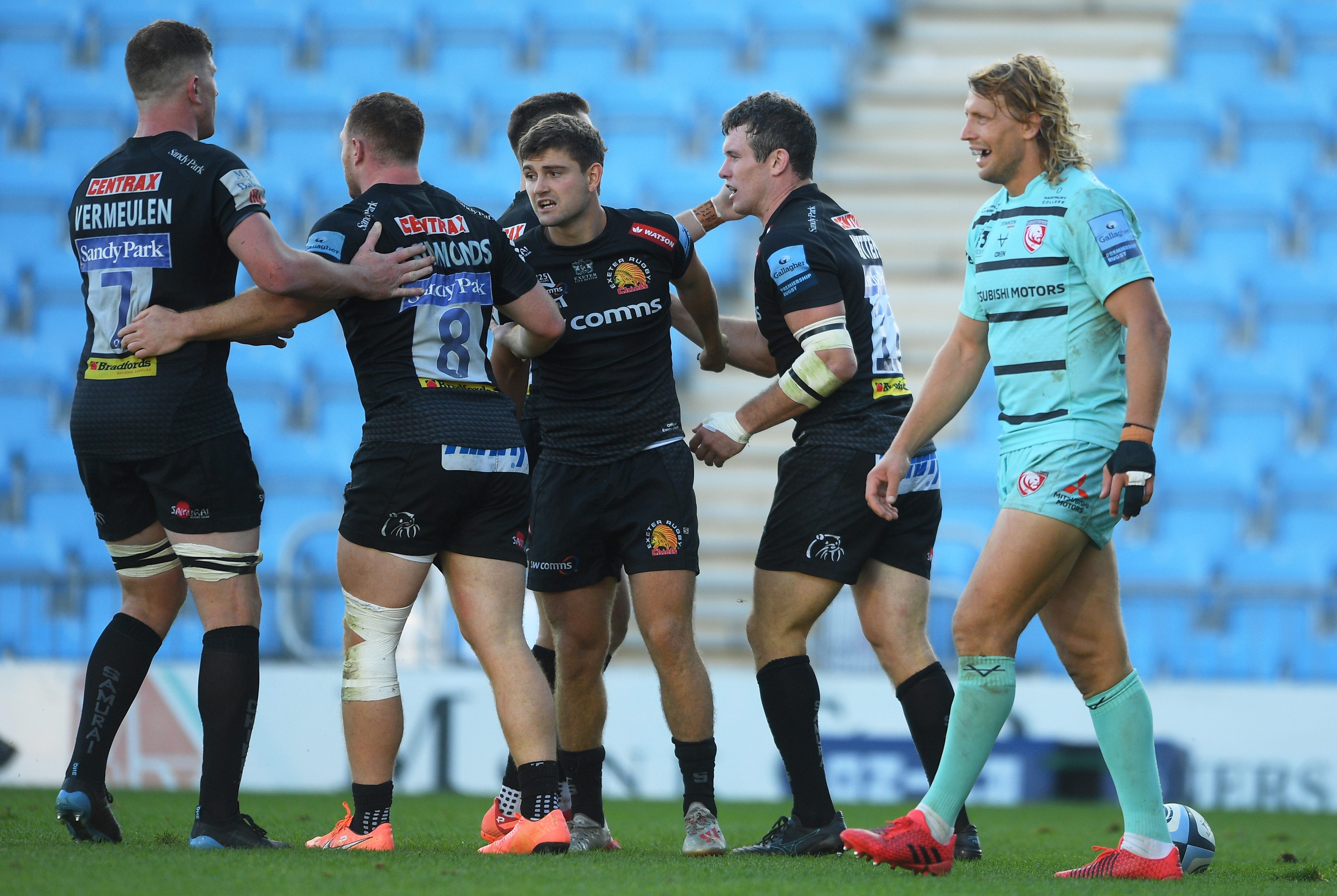 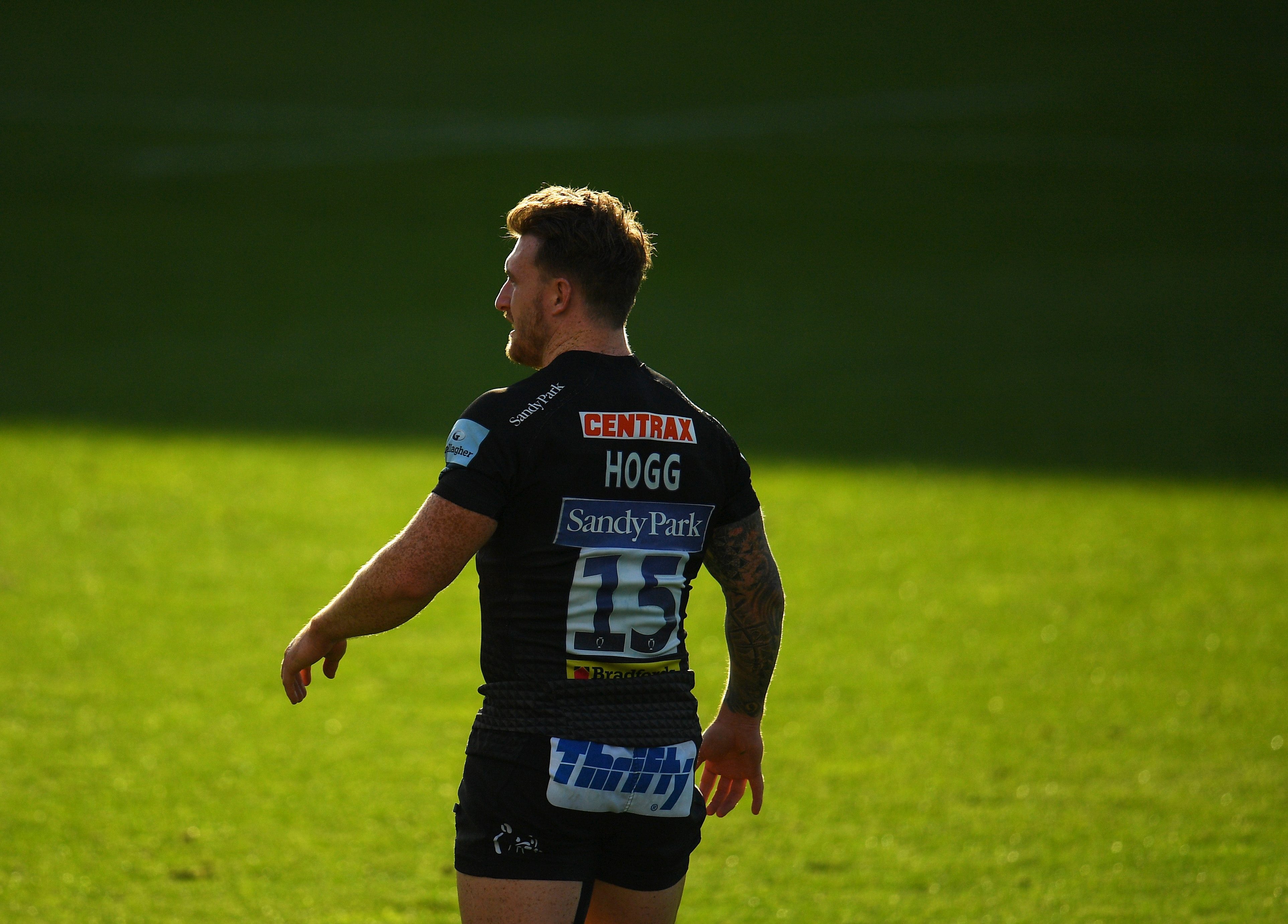 But boss Rob Baxter is now sweating over the full-back's fitness after he took a painful bang to his hip with just 10 days until their huge Champions Cup quarter-final against Northampton Saints.

After looking after their domestic duties with a five-try, bonus point and seventh win in a row forwards coach Rob Hunter said: "We will wait for 24 hours – we are being fairly cautious. We won't take any risks and see where he is at.

"We weren't brilliant for the 80 minutes and it proved we are human. It's a good reminder – everyone is talking about this procession, but it is not that simple and there will be a lot of teams who will be happy to knock us over."

England hooker Luke Cowan-Dickie was first over for Chiefs with what is now becoming his signature, five-metre tap and go try.

Jersey juggernaut Matt Banahan and Billy Twelvetrees saw the visitors edge ahead by a point at 8-7.

So Exeter continued to play some no-frills rugby with Sam Simmonds notching his 10th of the season and Jonny Hill his eighth with more route one, mauling tries.

And finally the game came alive in the 42nd minute when Hogg carved-up Gloucester and Ian Whitten went over for the bonus point.

Jack Maunder then added a fifth before Banahan's second for Gloucester. 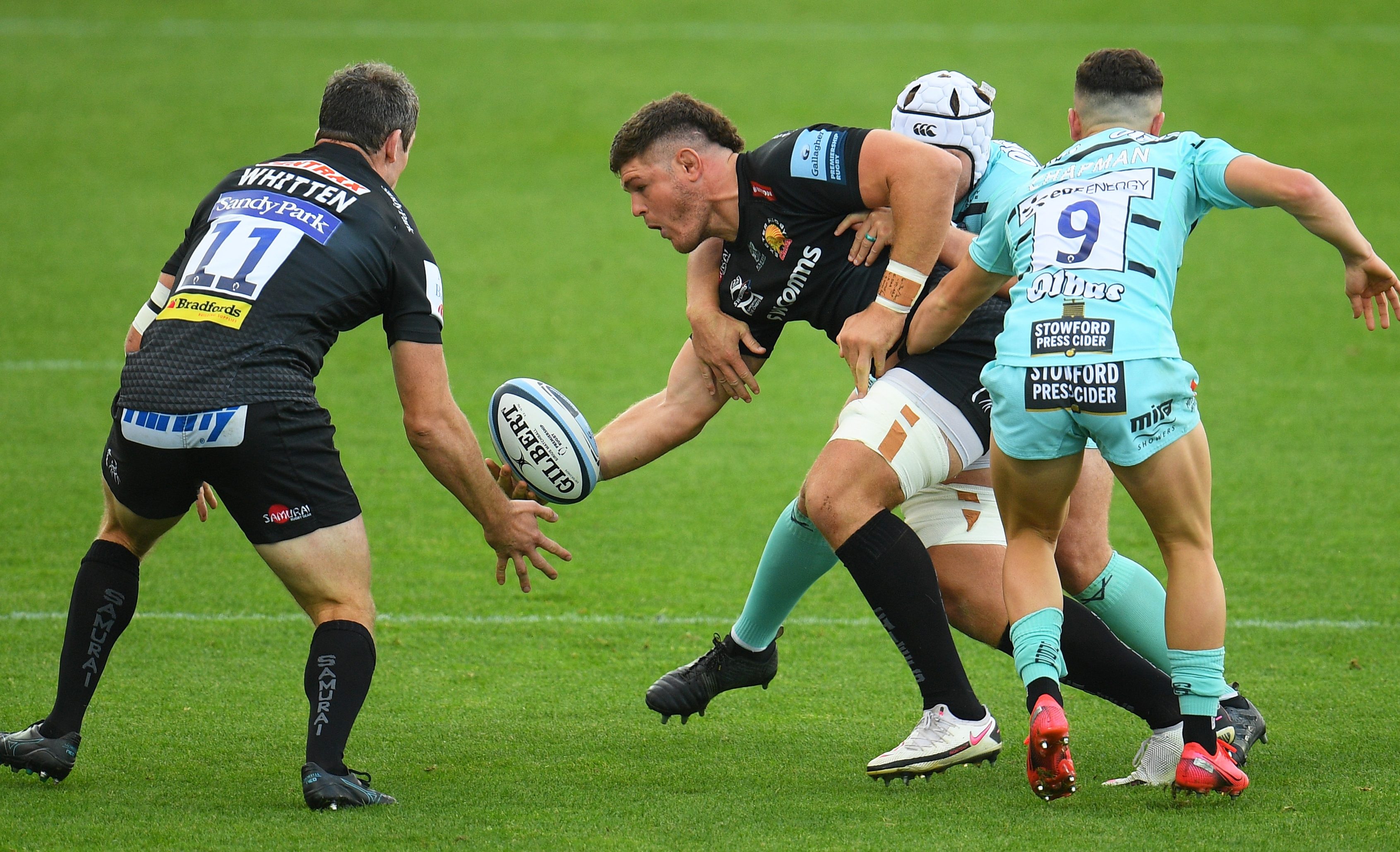 Though Chiefs fly-half Joe Simmonds' red-hot boot made it an impossible night for Gloucester as he added the extras to the touchdowns.

Flanker Josh Gray showed class with a nice kick chase to add a third, but it wasn't enough to pick up any points.

After failing to register a win here since January 2015, Gloucester boss George Skivington added: "It's a good chance that will be the team playing in the grand final and potentially winning the league.

"We threw ourselves in at the deep end and asked who wants to be a top Premiership player. They have real fight."