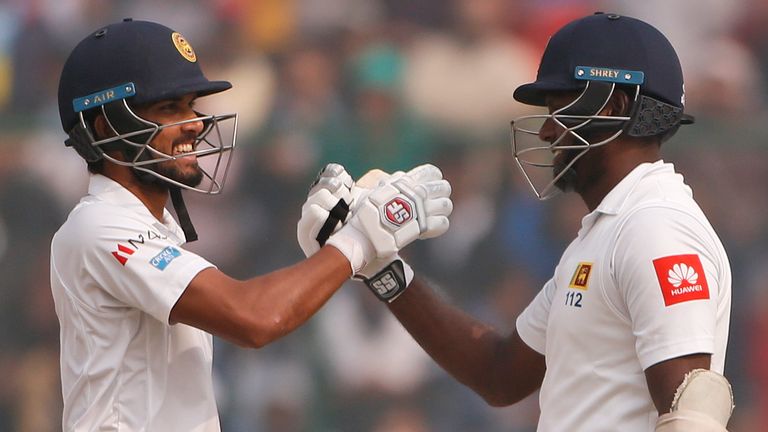 Sri Lanka hope to have at least three key players back after an injury-hampered Test series defeat to South Africa, captain Dimuth Karunaratne said on Tuesday, as they look ahead to hosting England later this month.

Veterans Angelo Mathews and Dinesh Chandimal and senior seamer Suranga Lakmal are all due to rejoin the squad, Karunaratne said after his side were beaten by 10 wickets by South Africa at The Wanderers Stadium.

It was a second successive defeat for Sri Lanka after being thumped by an innings and 45 runs in the first Test in Pretoria last week.

Chandimal was injured in the first Test and missed out in Johannesburg; Lakmal never recovered from a hamstring niggle; while Matthews did not travel to South Africa for the brief tour.

“We are hopeful they will be back. We think there is good news around their injuries,” Karunaratne told a news conference after the conclusion of the South Africa tour.

The skipper said he was confident Sri Lanka could turn around a dismal showing in the two Tests when they take on England. They play a two-match series in Galle, where the first Test begins on January 14.

“Playing in our home conditions will be a lot better for us. We can do it in Sri Lanka,” he said.

“We have a good spinning line-up who will be keen to make full use of our conditions. Hopefully we can dominate the English.

“They gave us lots of trouble previously, but we are ready for that. I think this time we have experience, and we will be trying to dominate in our conditions.” England have only planned a two-day intra-squad warm-up game to prepare for the first Test, but Karunaratne said he still expected the tourists to be well-prepared.

“They have lots of experience of conditions on the sub-continent. But ultimately the series could be decided around the mental side. That’s my plan, at least, whatever the condition we should back ourselves,” he added.

Watch the first Test between Sri Lanka and England, from Galle, live on Sky Sports Cricket from 4am on Thursday, January 14.