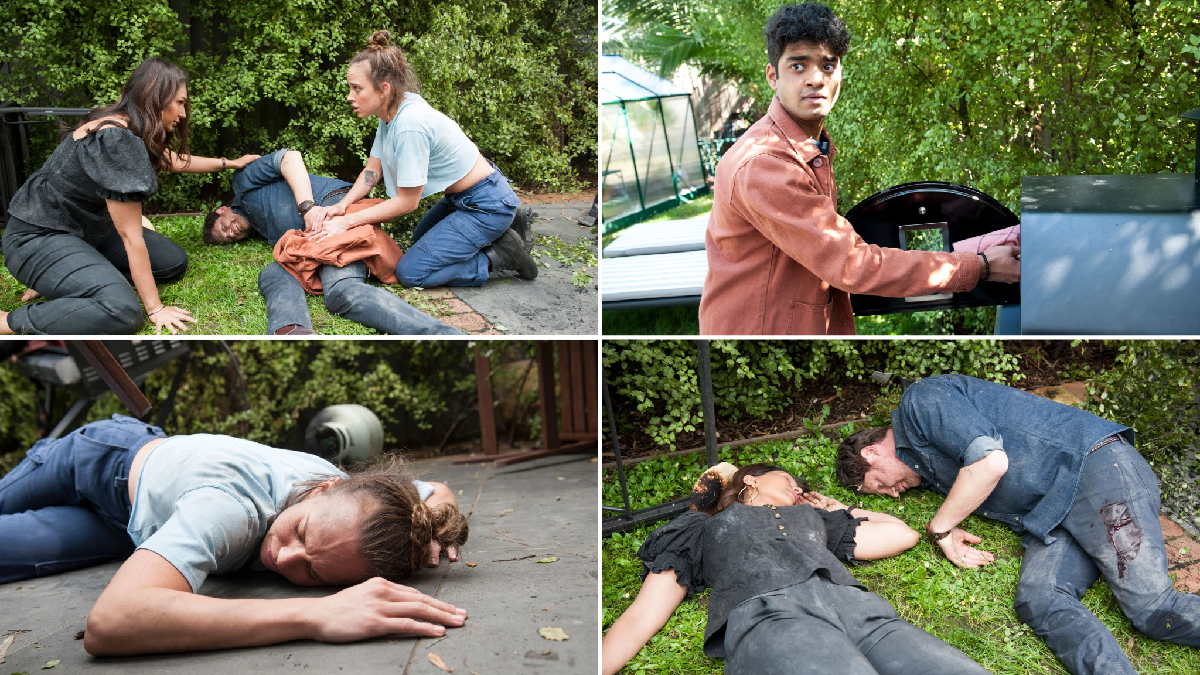 Kane’s (Barry Conrad) return to the street was always going to have a disastrous ending in Neighbours. But there’s a twist in the tale that sees Shane (Nick Coghlan) fall foul of the crook’s presence, and it will leave him bleeding to death and other residents injured.

Kane’s threats have been escalating recently, leaving Hendrix (Benny Turland) terrified. Hendrix is desperate to protect himself and misguidedly thinks to do that he needs to own a gun. So he steals one. There is no way this can end well for the teen.

Jay (Dhruv Malge) finds out about the weapon and absolutely freaks out. To save his pal, he takes the gun and hides it in the Kennedys’ pizza oven, simultaneously managing to one-up his friend’s idiocy.

Hendrix is horrified that Jay has got himself involved, and that he’s taken the gun off him. What will he do now without his protection?

What he should do is run for cover, as his little escapades are about to see an explosion rip through Ramsay Street.

Meanwhile, Shane and Amy (Jacinta Stapleton) are trying to be discreet with their relationship to protect Dipi (Sharon Johal) and it’s not easy. Especially when Amy’s nose is put out of joined when a family meeting is called after Ned (Ben Hall) voices concerns about Jay’s behaviour.

The family get together and disaster strikes when they all head round to the Kennedys’ and an explosion blasts all of those in the vicinity – and the gun goes off.

A bullet rips a hole in Shane’s leg and he is left bleeding to death while Dipi and Bea (Bonnie Anders) desperately try to stem the blood in a bid to save his life.

Shane is rushed to hospital where doctors battle to save his life and his leg – but he needs surgery urgently. Will he pull through?

Wracked with guilt, Jay is forced to confess where the gun came from, and suddenly the Rebecchis don’t recognise their own son anymore.

Hendrix confesses too, but to Harlow (Jemma Donovan) and Chloe (April Rose Pengilliy). They’re both completely outraged and disgusted, but Chloe vows to stand by him as he confesses to the police. But while everyone is focusing on Shane, Jay and Hendrix, there is someone else whose life is in danger…