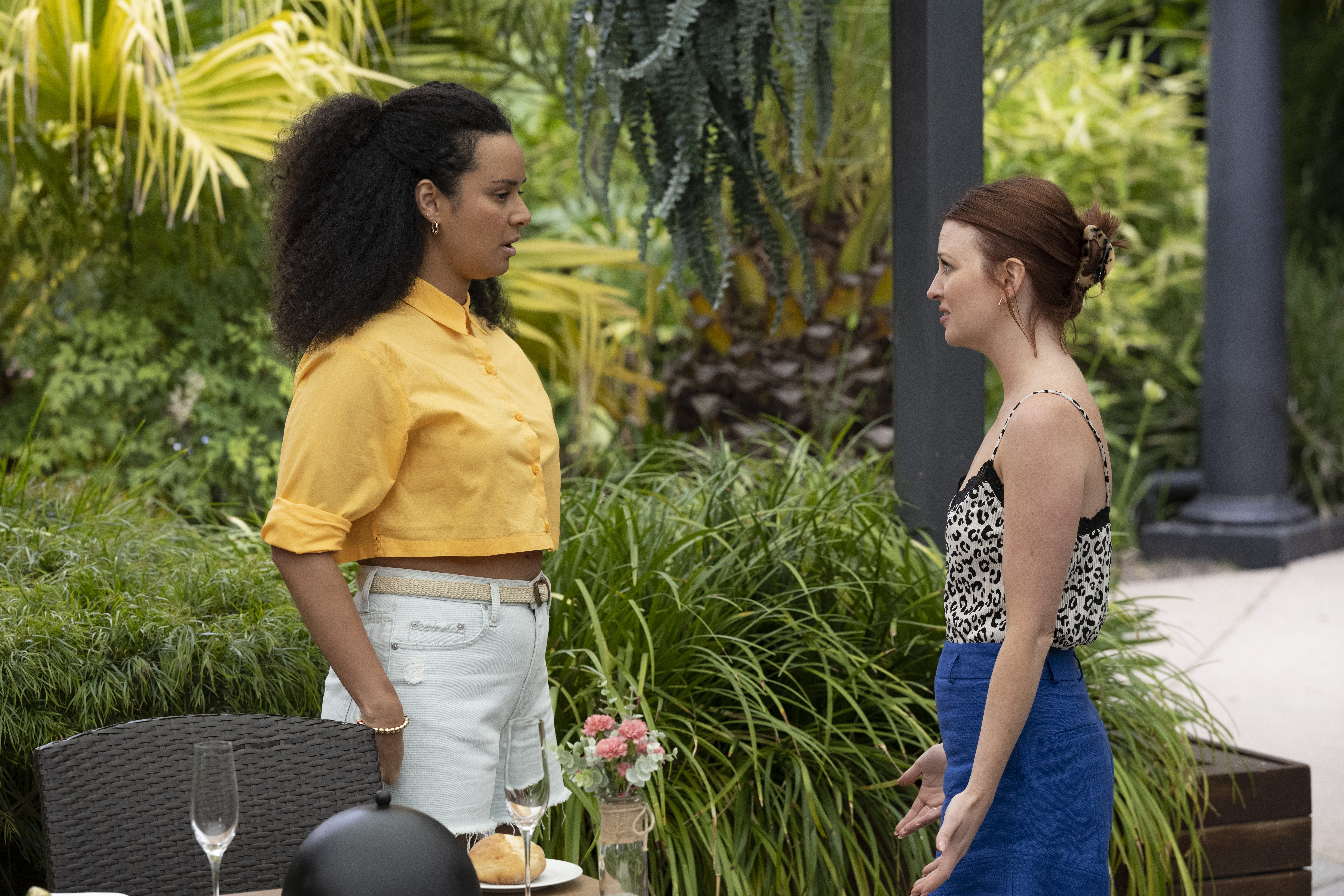 Chloe (April Rose Pengilly) and Nic (Charlotte Chimes) are about to unwittingly become love rivals as they both realise they have the hots for Kiri.

Nic saw her first when they met at River Bend, and things were going great guns until Glen (Richard Huggett), with his ulterior motive of keeping his secret safe, waded in and turned Kiri against her.

Nic was crushed, but when Kiri revealed she was making the move to Erinsborough, Nic saw it as her chance to redeem herself.

Her hopes may be misplaced though, as Chloe, unintentionally, has other ideas.

Nic is desperate to get back in Kiri’s good books after Glen seemingly ruined her chances. Hearing that Kiri is heading along with the street beach trip, Nic joins too with the plan of using the day to woo her. The two manage to clear the air, but they decide to be just friends, which is something Nic doesn’t want. But right now she’ll take what she can get in the hopes she can continue to get Kiri to warm to her, and that things might progress in future.

Looks like that might be an empty hope, as someone else has felt a spark with Kiri – Nic’s ex, Chloe. Things are about to get awkward.

During a session of hot yoga, Chloe and Kiri get way closer than Nic would find comfortable, and they realise they also have some serious sparks there. The sexual energy is charging and they come very close to taking things further, but coyly hold back.

They eventually confess to each other that they have feelings, but agree they can’t take things further because of lovelorn Nic. But this is the test – will they be able to keep their hands off each other?