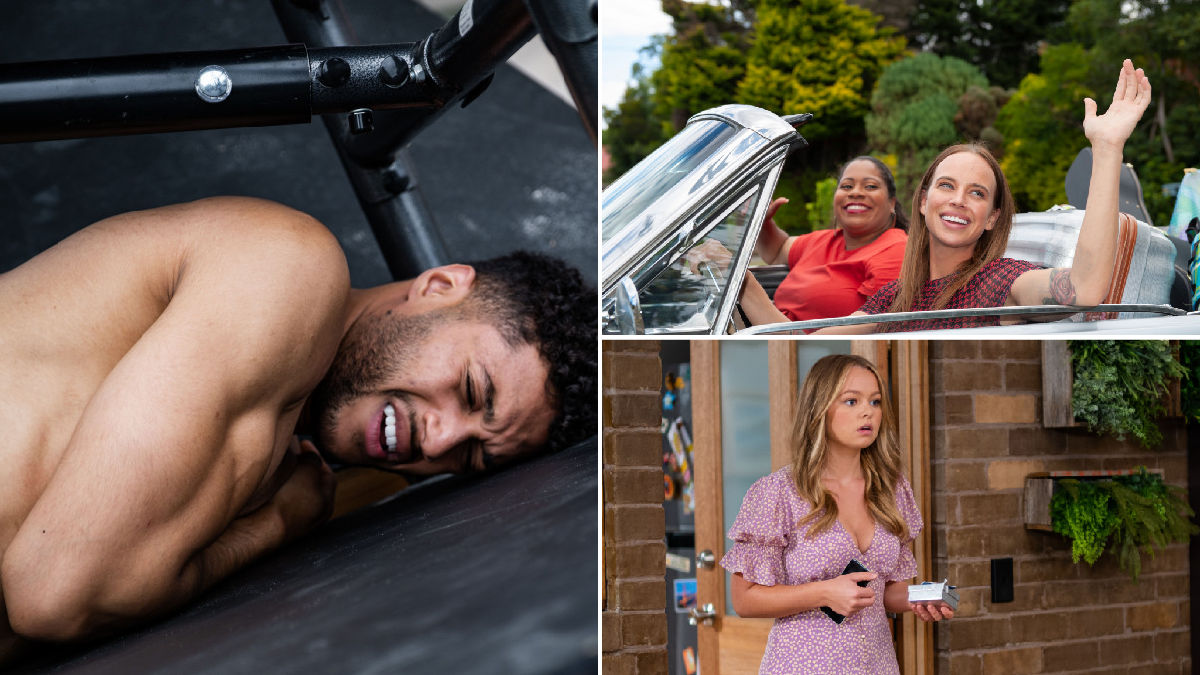 Bea (Bonnie Anderson) left Levi (Richie Morris) devastated when she decided to ditch Ramsay Street and head off on an adventure without him. They’d not long said the L word for the first time before Bea dropped her bombshell. Now Levi is in self-preservation mode as he tries to piece himself back together in Neighbours, and it results in some very bad decisions.

Sheila (Colette Mann) is gutted for her grandson and hates to see him moping as he nurses his broken heart. She’s angry at Bea, but even angrier at Sheila C (Shareema Clanton), believing she put the idea in Bea’s head. In fact, she is so full of rage at her new pal that she refuses to speak to her, despite the fact Sheila C is about to head off into the sunset and she’ll lose her chance to make peace.

Bea is finally ready for her big farewell to Ramsay Street, she’s super excited while Levi is crushed. Bea is falling over with excitement about her new adventure and saying her goodbyes to her loved ones. Levi realises he’s now facing a new life alone. He has to watch as his now ex-girlfriend leaves him behind for a new life.

Harlow (Jemma Donovan) is also having a tough time of getting used to life without Brent (Texas Watterson) and needs her friends to help drown her sorrows. She seeks out Levi and Yashvi (Olivia Junkeer) hoping they’ll cheer her up, but Yashvi is another one with relationship woes having heard Ned accidentally confess on Bea’s podcast that he has feelings for Sheila C. They all need to offload so they get together for a few drinks.

As the evening wears on, Yashvi decides she’s had enough and leaves the other two to it. They continue drowning their sorrows, sharing their love failures, on the cusp of making an ill-advised decision.

And then, the sexual tension ramps up a gear and the pair act on impulse.

Chloe (April Rose Pengilly) later witnesses Levi thanking Harlow for last night and realises what’s gone on between them. Naturally, she can’t keep that kind of gossip to herself and shares it with Sheila and Mackenzie (Georgie Stone), neither of whom can believe what they’re hearing. But has Chloe got the wrong end of the stick?

Levi is feeling tortured about everything and throws himself into working out to take his mind off his life imploding. Amy (Jacinta Stapleton) likes what she sees and recruits him as a model for her longest workout photo shoot. Levi goes for it, welcoming the distraction. But he pushes too hard and disaster strikes when he causes himself a nasty injury. Will he be ok?