Solar storms are a stream of solar particles which are blasted from the Sun and sometimes reach Earth. In most cases, the solar storms go by without any effect on Earth, but sometimes a large solar storm can lead to power outages.

This is because a surge of particles can lead to high currents in the magnetosphere, which can lead to higher than normal electricity in power lines, resulting in electrical transformers and power stations blowouts and a loss of power.

The USGS has now mapped where in the US a power outage is likely to occur in the event of a huge solar storm.

By analysing previous major solar storms, such as the one in 1989 which caused blackouts in Quebec, Canada, the team were able to determine where a power outage could occur if a major solar storm hit.

The team found that areas in regions of a higher altitude couple with being created on earth which has a better conducting rate in deep rock and soil. 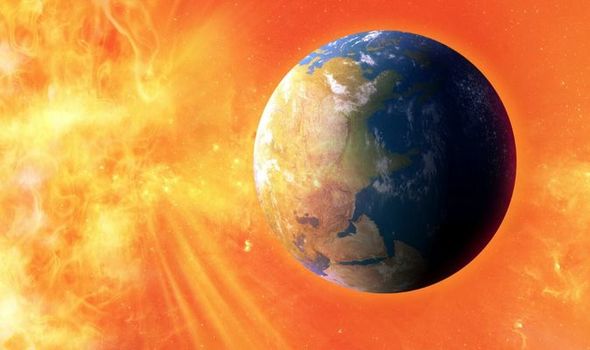 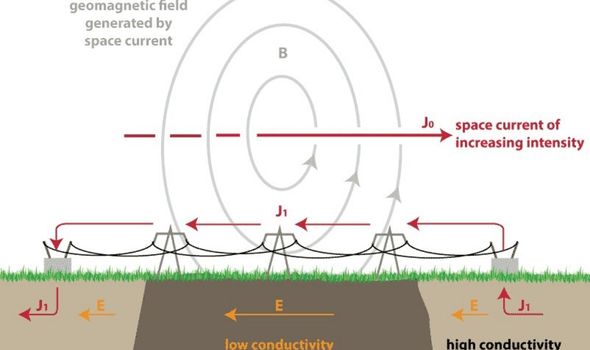 A report from the USGS said: “The geoelectric hazard at any particular location depends on both the regional intensity of geomagnetic activity and on the electrical conductivity of the surrounding rock and deeper Earth material.

“During a magnetic storm, conducting rock allow currents to flow in the Earth in response to a weak geoelectric field.

“All of this means that, during a magnetic storm, electric currents, driven by geoelectric fields in the Earth, will tend to be diverted through electric power grids if they are situated atop the electrically resistive rock.” 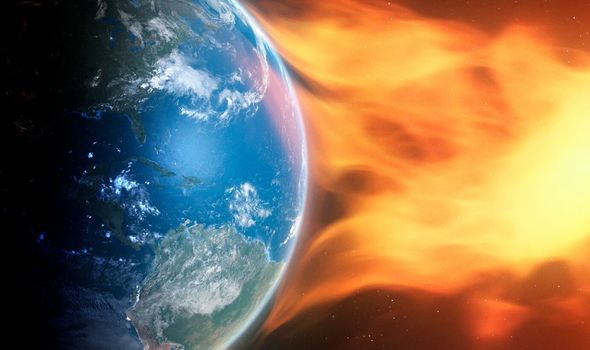 According to the analysis, the most likely areas in the States to suffer a blackout from electromagnetic storms are the Denver metropolitan area, the Pacific northwest, the Atlantic seaboard, and a cluster of Midwestern states near the US-Canadian Border.

The study also adds that a solar storm powerful enough to cause power outages in an individual region strike every century on average.

Rarely does an event such as this happen, with the biggest technology-crippling solar storm coming in 1859, when a surge in electricity during what is now known as the Carrington Event, was so strong that telegraph systems went down across Europe.

There are also reports that some buildings set on fire as a result of the electrical surge.