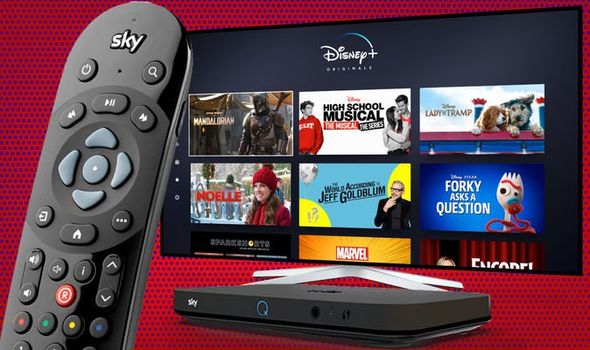 Disney+ has now launched in the UK – bringing access to animated classics, the Star Wars saga, documentaries from National Geographic, almost every episode of The Simpsons, and a slew of new exclusive shows and films. The app, which might not offer the streaming quality that many were hoping for, is available on Samsung Smart TVs, Amazon Fire TV streaming sticks and tablets, iPhone, iPad, Apple TV, Android TV sets, and more.

The streaming service (which you can access for free if you’re one of a lucky few) is also available on Sky Q set-top boxes from today – although NOW TV customers will face a significant wait. However, those tuning into the feverishly-anticipated streaming service on their Sky Q might be disappointed with the experience.

Sky made a big deal about striking a partnership with Disney that would enable it to offer Disney+ to its customers from launch day. However, it turns out Disney+ isn’t quite as integrated into the Sky Q set-top box as we might’ve hoped.

Unlike streaming rival Netflix, which is available under the same Apps section of the Sky Q menu where you’ll find Disney+, you won’t be able to search for content available through the subscription service with the search button on your Sky remote control. So, if you’re searching for Toy Story on your box, Sky will show you any corresponding results from Sky Cinema, terrestrial channels, Sky Store, and Netflix – but nothing from Disney+.

Needless to say, that could led to some confusion. Viewers who thought something was available from Disney+ who don’t spot it within the search results might opt to splash out on an unnecessary rental from the Sky Store, or decide to watch something else instead.

And the quirks of watching Disney+ on Sky Q don’t end there.

Although Disney+ offers High Dynamic Range (HDR) with many of its shows and movies, you won’t be able to get that ultimate viewing experience from your Sky Q box. So, if you’ve recently treated yourself to a brand-new 4K Ultra HD TV, you might want to find another way of getting Disney+ beamed onto the screen to get the most out of your television and see the content at its best.

And that’s not the only limit. Unlike Netflix, Disney+ doesn’t charge an extra to stream in Ultra HD quality. If your internet speeds are fast enough and you’ve got enough pixels packed into your TV, then Disney will automatically start streaming at the higher quality.

Unfortunately, this little perk won’t work with your Sky box, either.

Those who decide to tune-in via Sky Q will find their streams limited to 1080p High Definition (HD) rather than Ultra HD 4K, which you’ll be able to access through other devices, like the Apple TV 4K, for example. Disney is aware of this particular quirk of watching on a Sky Q box.

On the official FAQ on its site, Disney states: “At the moment, Sky Q does not support Disney+ content in UHD and customers will not be able to see 4K content options in the app. Sky is working to update its firmware that will make it possible for people to watch Disney+ UHD content later this year across UHD compatible Sky Q boxes.”

AV expert John Archer says there will be fixes for some of these issues. Sky Q customers will be able to add Disney+ to their bill – so that all of their entertainment is charged in a single monthly bill (exactly like its already possible to do with Netflix) sometime at the end of April. But it remains unknown whether some of the other problems, like the lack of HDR – something that Sky promised would be coming to its Sky Q system in 2018, before it was repeatedly pushed back, will be solved for Disney fans anytime soon.

Express.co.uk has contacted Sky for comment on this story.