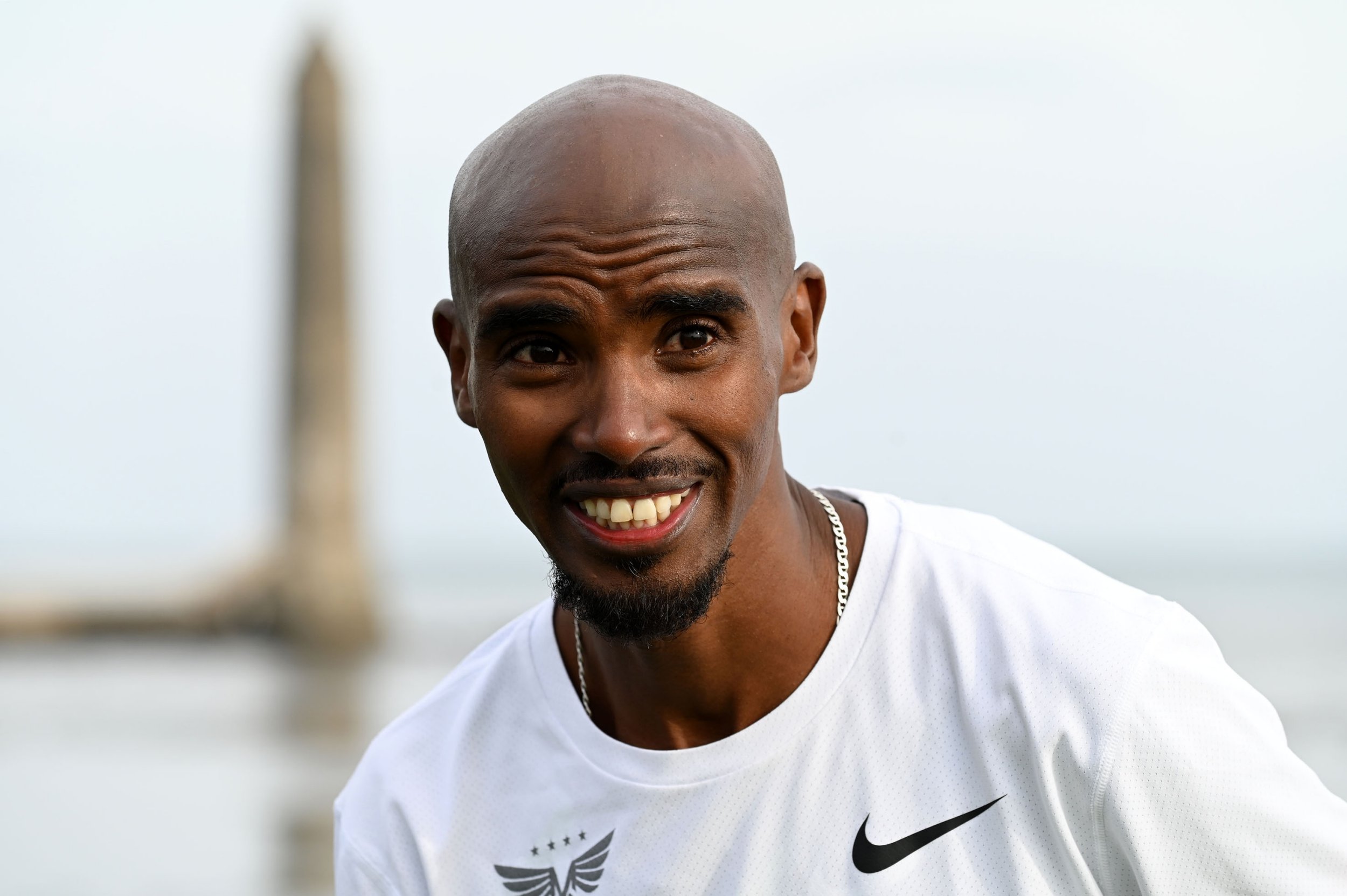 Mo Farah has revealed he wants to stay in athletics when he hangs up his spikes and called on the likes of Anthony Joshua and Amir Khan to join him in nurturing future generations of British sports stars.

The four-time Olympic champion is aiming for 10,000m glory in Tokyo next month at what could be his final Games.

But now 38, Farah has also started to think about what the future holds — as a coach, a mentor and inspiration to budding young British athletes.

‘I’d love to be able to give back — to the young kids, to the community. I’ve already got my coaching licence but I want to get involved in the grassroots of the sport, at schools,’ he told Metro.

‘I honestly do believe if we don’t start something now, it will never get big and we’ll never be that competitive. We have to plant the trees, plant the seeds now while we can.

‘Imagine if in ten to 15 years’ time we can get even two people onto the podium, winning medals. So many are getting close in British distance running now. All that has to start somewhere. I’ll probably focus on that and my aim is to go into schools, get kids active, get kids moving again (after the pandemic).

‘It’s what I’m passionate about and I want to get involved more. I look at my kids and that’s what drives me in my work and what I’ve done throughout my career.’

He hopes they will join him in leading by example for young, aspiring Britons. ‘We had AJ, we had Amir, so many people in terms of great athletes but also diversity, people to look up to,’ Farah says.

‘Just look at what AJ’s doing right now, it’s incredible. I was so looking forward to the big fight against Tyson Fury before it was got postponed! Once I hang my spikes up, I would love to involve these big names in what I want to do. Can we build something to make the sport better? And lots of sports.’

Farah believes it is time for an academy system, similar to that used by football clubs, to be introduced into track and field and other Olympic sports.

Speaking on behalf of Oral-B, Farah explained it is more than just the sporting side that youngsters need to learn.

The six-time world champion adds: ‘Sometimes I think it would be good to have an academy system. Develop them mentally and physically and educate them. I didn’t know how to talk to the press or many other things.

‘I used to miss training and think you could just do that and everything would just be fine.’

Farah returns to the track for his first 10k since August 2017 in Birmingham on Saturday in a bid to qualify for the Olympics. ‘I’m in a good place,’ he says. ‘Ready to go.’

‘It hasn’t come across my mind. What’s in my mind is “what is my goal”. It’s nice to see people coming out and believing in what’s right, coming together.’

‘I was at home for six months, not going anywhere. The kids were at home but my wife Tania took care of the home-schooling!’

How to get your Metro newspaper fix

Metro newspaper is still available for you to pick up every weekday morning or you can download our app for all your favourite news, features, puzzles… and the exclusive evening edition!