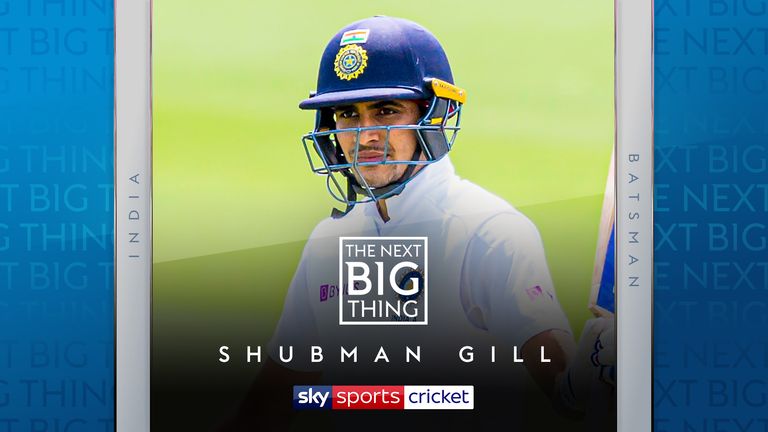 Who are cricket’s emerging players? Each week, we will focus on ‘the next big thing’ in the sport and this week it’s India starlet Shubman Gill…

It’s dangerous to judge a player based purely on their stats.

Take Ben Stokes, for example. His Test batting average of 36.54 and bowling average of 32.68 don’t really highlight how good he is, how he has stood up in pressure moments and, in some cases, seemingly lost causes, or how integral he has become for England with both bat and ball.

But it is hard to look at Indian prospect Shubnam Gill’s numbers and not become excited – and it is no surprise that Rohit Sharma recently labelled the 20-year-old as the “future of Indian cricket.” He also managed 372 runs in five innings at an average of 124 when India won the 2018 Under-19 World Cup in New Zealand and Australia, scooping the Player of the Tournament gong as a result.

He starred home and away for India Under-19s against England Under-19s in 2017, scoring two tons in four ODIs in India and then two centuries across red and white-ball formats in the reciprocal series on the road.

And, just before the coronavirus pandemic halted cricket, he managed two hundreds and a fifty in two games batting for India A against New Zealand A, with 423 runs in total at an average in excess of 200.

The numbers are definitely there for Gill, but so is how and when he gets them, with many of his standout innings coming when eyes are on him, when his team needs them most or when others are faltering.

His career-best 268 in the Ranji Trophy – India’s first-class tournament – came in a game in which no other batsman reached three figures, while an innings of 148 almost single-handedly took Punjab to a successful run chase of 338 against Hyderabad before the game ended in a draw. 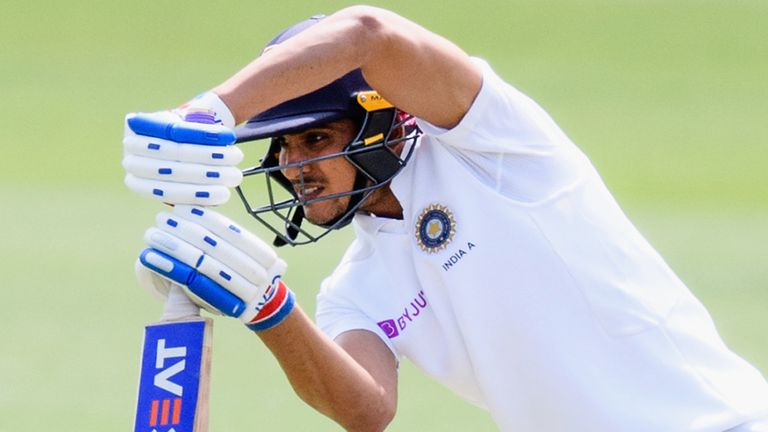 In that aforementioned Under-19 World Cup triumph, in which Gill served as India vice-captain, his best knock came in the semi-final against rivals Pakistan when his unbeaten 102 propelled his side – for whom no one else passed 47 – from 166-5 to 272-9 as he marshalled the tail exceptionally.

Gill’s strike rate was above 108 yet he cracked only seven boundaries, with his manipulation of the field and brisk running a staple of his innings, something he says he learnt as a youngster.

“There used to be three-four matches going on [in the Chandigarh maidans] and the leg-side was cordoned off. So I had to focus on playing only on the off-side. Because of that, I learnt to also play straight and nudge the ball for singles,” Gill – who went on to score a quick-fire 31 as India beat Australia by eight wickets in the final – said at the time.

Gill had been snapped up by Indian Premier League side Kolkata Knight Riders for around 280,000 US dollars before the Under-19 World Cup had got under way – and showed his new side what he was capable of in that year’s IPL after a promotion to No 4 in the batting order.

The right-hander hit 57 not out from 36 balls against Chennai Super Kings after being elevated from No 7 as his side reached their target of 178 with 14 balls to spare. Gill brought up his maiden IPL fifty from just 32 deliveries and struck three fours off Shane Watson in the first six balls he faced. Speaking afterwards, KKR captain Dinesh Karthik eulogised over his young charge: “The boy is special. I don’t want to hype him up so much, but you can see that he has a lot of years of India blues in him. His ability to hit first-ball boundaries regularly is incredible.”

Gill finished his debut season with 203 runs in 11 innings, while he was then named Emerging Player of the Year in the 2019 IPL after striking 296 runs in 14 games, a campaign speckled with three half-centuries, including a best of 76 from 45 balls opening the batting against Mumbai Indians.

First, he overtook Gambhir as the youngest batsman to score a double hundred for a side representing India in first-class cricket when he made 204 for India A against West Indies A at the age of 19 years and 334 days.

Then, he beat Kohli’s record as the youngest captain in the final of the Deodhar Trophy – an Indian List A competition – when he skippered India C at the age of 20 years and seven days. 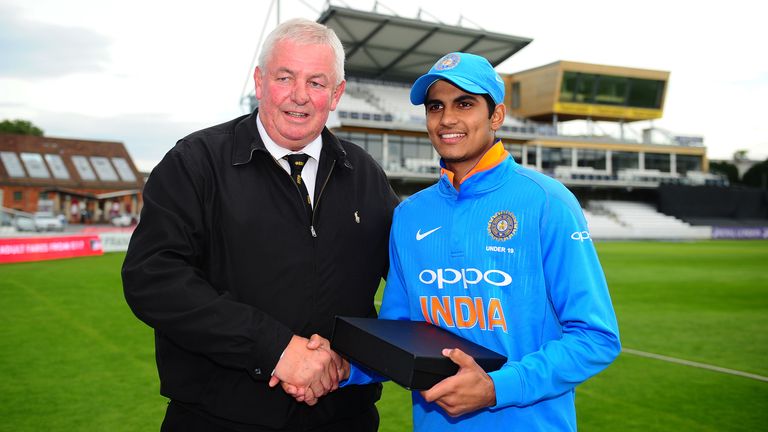 These accolades may have come as no shock to Gill’s father, though, who moved the family across Punjab, from Fazilka to Mohali, when his son was young, so that they could live near the PCA Stadium, believing that closeness to cricket would inspire his talented offspring.

“He only played cricket since he was three-years-old. Kids of that age would play with toys. He never asked for such things. It was only bat and ball for him. He used to sleep with a bat and ball,” Lakhwinder Singh said of his son.

Gill is yet to play a senior international in Mohali, or indeed India, with his two ODI appearances to date coming in New Zealand in January 2019. Scores of nine and seven batting at No 3 were hardly the most electrifying start but Gill, as Karthik and Rohit mentioned, seems set to be an important cog in India’s machine over the coming years.