The 32-year-old faced a race against time at today’s weigh-in for his UFC Vegas 12 bout against Maurice Greene on Saturday. 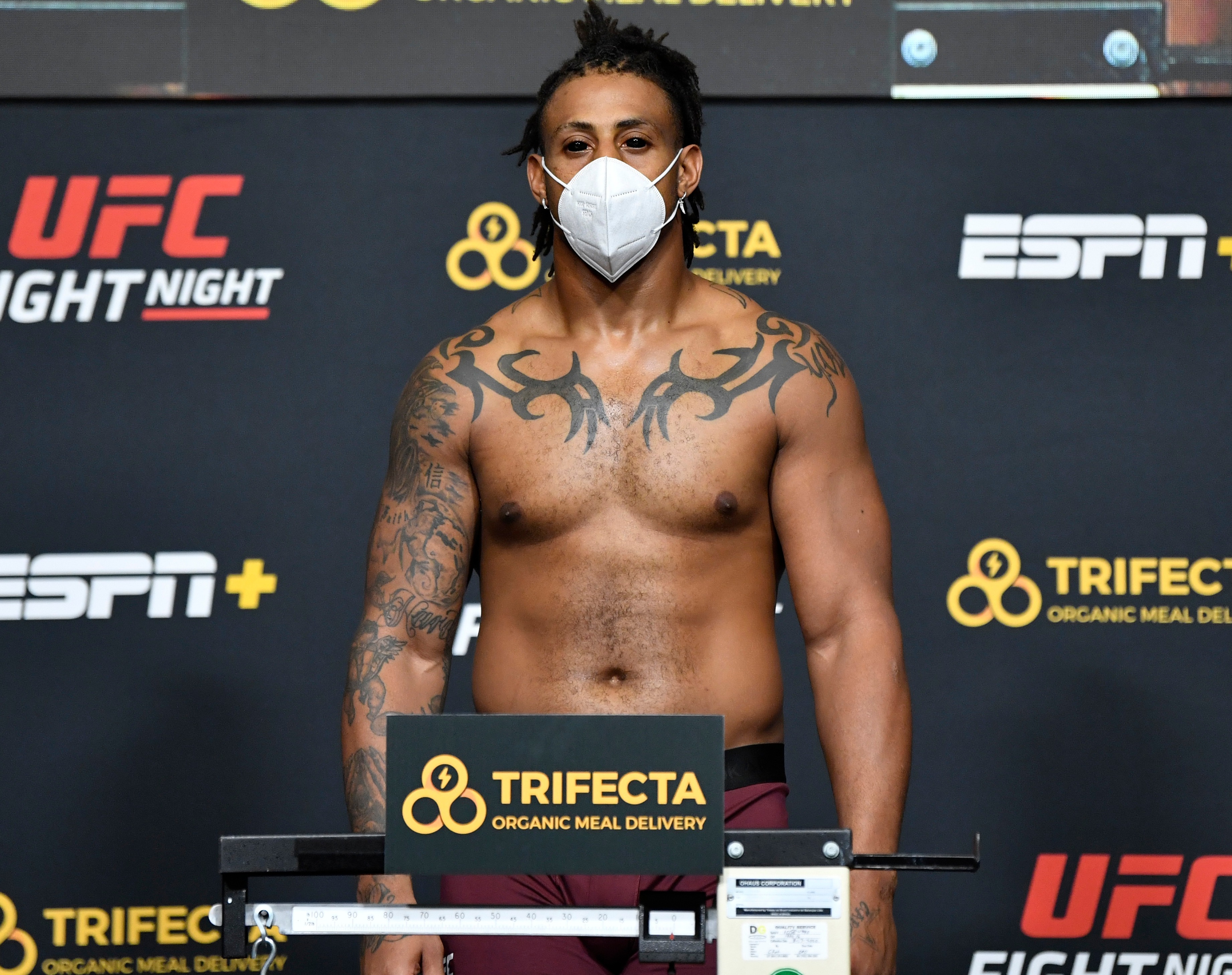 Hardy first stepped onto the scales at 266.5lbs – half a pound over the heavyweight non-title limit.

The ex-American footballer was then given an hour to make weight which, if he failed, would have seen his name written into the history books.

But luckily for him he was able to hit target the second time of asking, coming in at 264.5lbs.

He and Greene are now set to compete in something of a grudge match tomorrow.

Both men are attempting to break into the top 15 in Dana White’s UFC.

Hardy comes into the fight on the back of a decision win over Yorgan de Castro.

Hardy, who was arrested for cocaine possession in Dallas, Texas, in 2016, believes he is now reaching ‘assassin level’ in the heavyweight division.

He said this week: “I’m reaching assassin level, man. I had some valleys to get over, I’m not going to lie.

“I had to go through some tough times, especially in my last two fights.

“The last one, I didn’t have to, but I prolonged it just to get some time in the ring.”