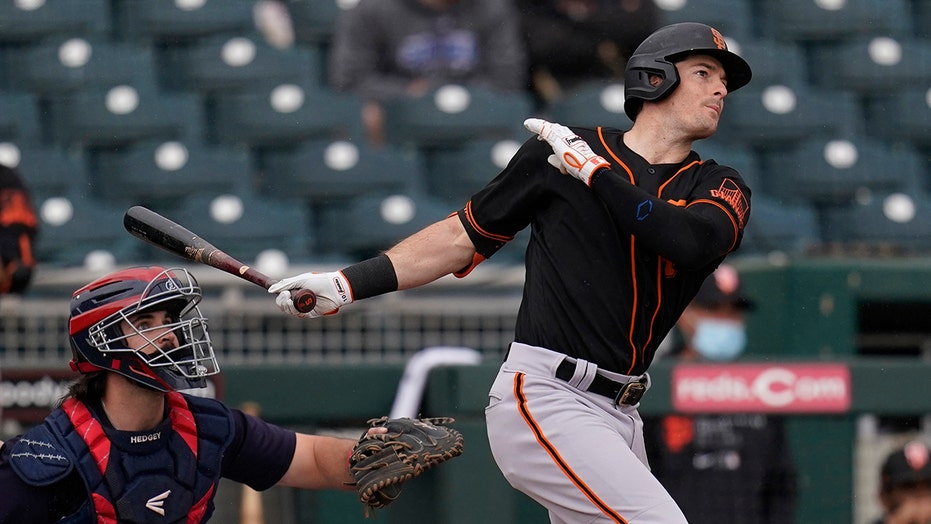 San Francisco Giants outfielder Mike Yastrzemski said Thursday he plans to stand during the national anthem this season after starting off last year kneeling amid a summer of racial tension in the U.S.

According to The Athletic, the grandson of Boston Red Sox legend Carl Yastrzemski told reporters he knelt last year in hopes to create a conversation and awareness about racial injustice. He said he felt like he “made that statement.”

The outfielder’s comments came before San Francisco’s first game of the season against the Seattle Mariners. The right fielder finished 0-for-5 with three strikeouts and the Giants lost 8-7 in 10 innings.

He was one of many MLB players who decided to take a knee during the national anthem as the coronavirus pandemic-shortened season got underway last July. He explained his actions at the time in an Instagram post.

“The United States Flag represents to me the ultimate sacrifice that a man or woman can make. They have made the selfless decision to devote and risk their life for the protection, peace and freedom of our country. For them, I will always cover my heart and be forever grateful,” he wrote in July.

By kneeling last night, I wanted to hold myself, and hopefully others accountable that something needs to change and I am willing to be part of the change because we all deserve the freedom that our veterans and active members have sacrificed their lives for.”