The two-part virtual event will take place October 16th and 30th and feature a mix of unique conversations, musical performances and special guest appearances. Each event will air on the Rolling Stone YouTube page at 8 p.m. ET.

The crux of Fridays for Unity will be conversations between an array of entertainers and political figures, hosted by Baratunde Thurston. Pete Buttigieg will speak with Paul Rudd; California Governor Gavin Newsom will chat with Mandy Moore and Taylor Goldsmith; Beto O’Rourke will speak with Arcade Fire’s Win Butler; Symone Sanders will talk with Aminatou Sow; and Colorado rep Joe Neguse will speak with Nathaniel Rateliff.

Rolling Stone is hosting the Fridays for Unity series in partnership with the Future Now Fund and Future Now Action alongside Abrams’ Fair Fight Action. Both events will be free, but attendees will be encouraged to donate, with proceeds benefitting efforts to win state legislative majorities and mobilize voters.

“Music, politics, and pop culture are what defines Rolling Stone — not just in our content, but in who we are and what we believe in,” said Gus Wenner, President and COO, Rolling Stone. “We’re thrilled to partner with Future Now Action, Future Now Fund, and Stacey Abram’s’ Fair Fight Action for Fridays for Unity, and excited for fans to hear from the most vocal politicians and artists of our time on why it’s critical to get out and vote in this election.” 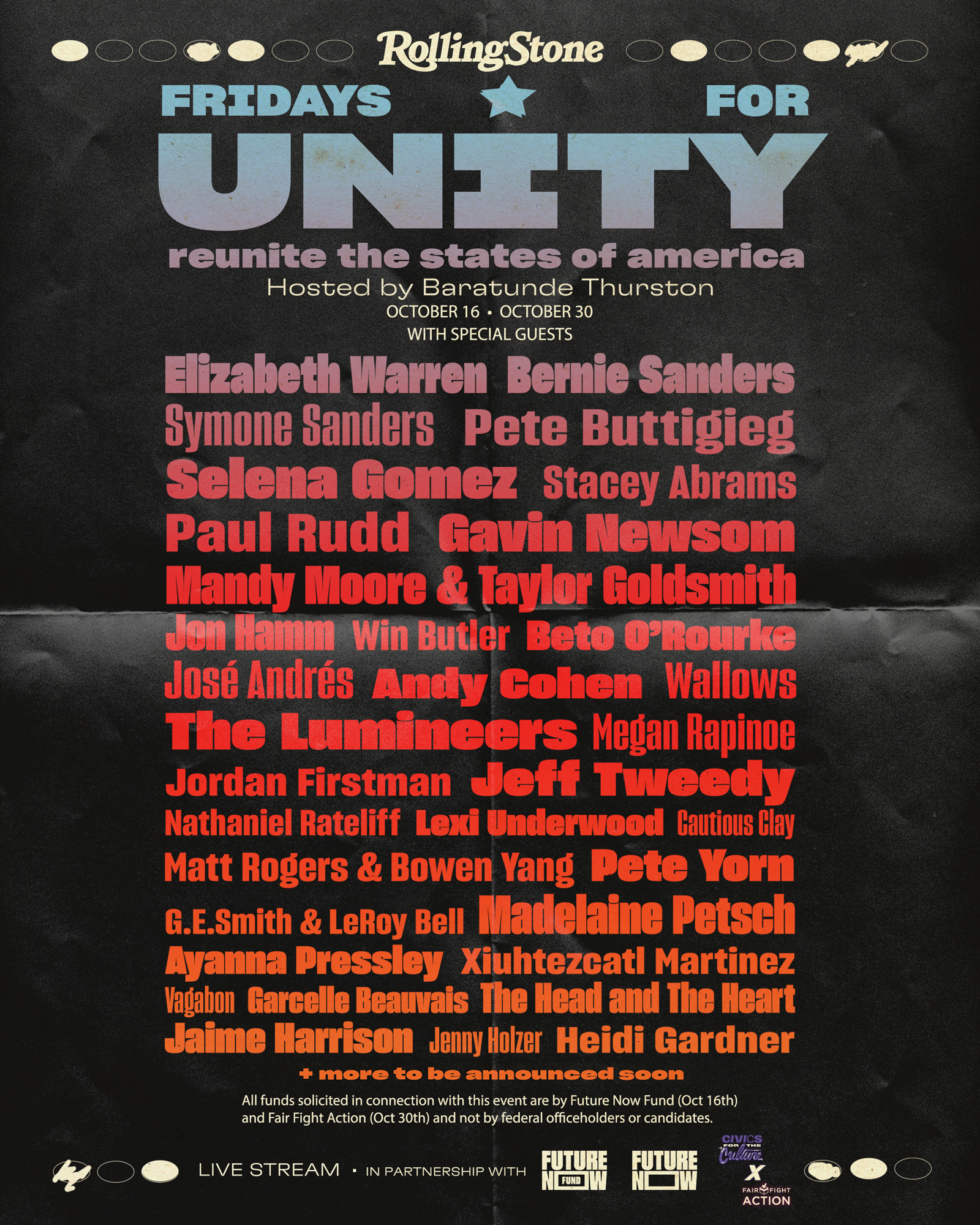