In an interview alongside Florence Pugh, Scarlett Johansson candidly discussed the delay of Black Widow and the fight to tell women's stories "from the perspective of a female director." 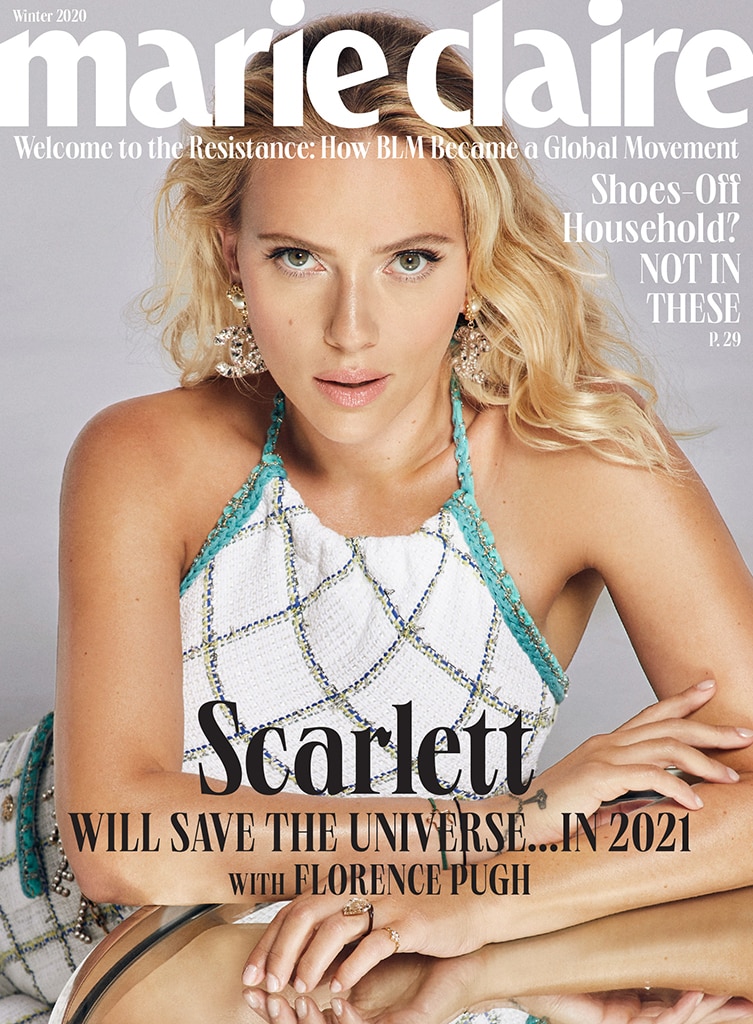 The released of Marvel's Black Widow, directed by Cate Shortland, was recently delayed a year, to May 2021, due to the COVID-19 pandemic. This followed years of anticipation and hope that the actress' Avengers character Natasha Romanoff would ever get her own standalone film in a genre—and film industry overall—dominated by men.

"I don't want to candy-coat anything," Johansson told Marie Claire for its Winter 2020 cover interview, "because it's a challenge in a male-dominated industry to tell a woman's story from the perspective of a female director and focus on the heart of something that is inherently female."

Black Widow, which finished filming in October 2019, marks the first leading role in a Marvel, high-budget studio flick for Johansson, who was the highest-paid actress of 2019 with annual earnings of $56 million, according to Forbes. The movie is also one of the first female-led superhero movies, following the releases in recent years of box office successes of Captain Marvel and Wonder Woman.

Johansson recalled receiving the news of Black Widow's delay over the phone.

"I'd been talking to [Marvel Studios President] Kevin Feige…about it, and our fellow producers, just trying to understand what the landscape was," she told Marie Claire. "We're all eager to get the movie out, but more important than anything, everybody wants the experience to feel safe, to have people be able to really feel confident about sitting in an enclosed theater."

Where to Buy Beyoncé's Ivy Park x Adidas Drip 2 Before It Sells Out!

"It's really hard to be the number one of the call sheet in your own franchise," the actor, who reprises his role of Iron Man in Black Widow, told Marie Claire. "It is a crucible. But there's something about these characters that makes you rise to the occasion, and if there's anybody that the rest of us have had no doubt from jump about whether or not they can easily carry the mantel on their own, outside of this conglomerate, it's Scarlett."

The film's delay did not come as a surprise to Pugh.

"I think I probably had a hunch," she told Marie Claire. "It seemed to me all the fun of summer, and everybody being outside and finally having some relaxed rules, caught up with everyone, obviously, because of the virus. I'm sad that people don't get to watch it for another half year, but I wasn't majorly upset because it's important to look after people right now."