The announcement comes after veteran presenter Jenny Brockie announced she was stepping down from the program last month after almost two decades in the role. Taguchi joins SBS from the ABC, where she was most recently the host of weekly news documentary program Compass. 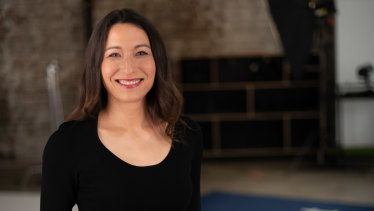 “To be entrusted with a high-profile program such as Insight, with such a strong legacy of authentic storytelling, is an absolute honour,” Taguchi said in a statement.

“No matter how much our lives change, how much technology advances, how much we shift direction, one thing always stays the same: the power of our stories. True compassion and understanding comes from hearing about the experiences of others and seeing how they navigate through life.”

The presenter added that it was an honour to join SBS given she has strong memories of sitting with her late father watching the Japanese news on Australian TV. Since then she has worked in the media in Australia and Hong Kong, with experience across radio and television. Taguchi has been an afternoons presenter on ABC News and hosted the Sydney Invictus Games and Australian of the Year Awards. She has also been a fill-in presenter for 7.30 and ABC News Breakfast.

SBS news and current affairs boss Mandi Wicks said Taguchi would bring a “wealth of experience” to the role.

“SBS news and current affairs is committed to seeking out the communities and voices often overlooked by others and Kumi has a deep appreciation and personal connection to this ambition,” she said.

Insight debuted on SBS in 1995 and since then has become a mainstay of the broadcaster's Tuesday night schedule. As with the ABC's Q&A program, it tackles subjects of national and international importance with input from selected guests and a live studio audience.

In recent months the show has covered voluntary assisted dying, a COVID-19 vaccine and people skipping meals due to poverty.

Brockie has been the permanent host of Insight since 2001. Taguchi is due to take up the role in early 2021.