The soundtrack for Cameron Crowe’s classic 1989 film Say Anything… will be reissued on vinyl for the first time in 30 years with an extra LP filled with bonus tracks and demos.

The first LP of the Say Anything… Expanded Motion Picture Soundtrack features the original, remastered 10-song tracklist, from Nancy Wilson’s “All for Love” and Red Hot Chili Peppers’ “Taste the Pain” to the Replacements’ “Within Your Reach” and the film’s most iconic musical cue, Peter Gabriel’s “In Your Eyes” from “the boombox scene.”

The “expanded” second LP boasts bonus tracks and demos left off the soundtrack, including songs by Soundgarden, Aerosmith, Fishbone, a live version of Gabriel’s “In Your Eyes” and, for the first time, Nancy Wilson’s “Joe Lies” demos, a series of recordings the Heart guitarist made for actress Lili Taylor’s character Corey in Say Anything…

Ahead of the Say Anything… reissue, Rolling Stone is premiering Wilson’s demo for “That’ll Never Be Me,” one of the songs Corey writes about her ex-boyfriend Joe.

Say Anything… Expanded Motion Picture Soundtrack will be available to preorder starting February 3rd via Mondo, which has pressed the release on both 180-gram translucent red and 180-gram black vinyl. The reissue also comes with a 16-page booklet with never-before-seen photos and liner notes from Crowe, stars John Cusack, Ione Sky, Lili Taylor, and composer Nancy Wilson.

The two-LP reissue for the 1989 soundtrack is the first in Mondo and Vinyl Film’s year-long celebration of Crowe and his film’s soundtracks; expanded reissues for Singles and Jerry Maguire — its first time on vinyl — are also planned for 2021.

“We love Mondo. Their work celebrates the same passionate, fun, and fan-centric approach we’ve always tried to bring to our movies and soundtracks,” Crowe said in a statement. “Working with Mondo on our vinyl releases and the rarity-filled packages… well, it’s a sonic dream come true.”

“Say Anything…’s musical legacy has been tragically distilled down to a hit single — the iconic ‘boombox scene,’ in which John Cusack defined heartaches for an entire generation, set to the legendary song ‘In Your Eyes’ by Peter Gabriel,” Mo Shafeek, Mondo Creative Director of Music, said in a statement. “But to me, this entire soundtrack is the legendary debut album of Cameron Crowe’s absolutely essential discography, and what we’ve unearthed 30 years later for this expanded edition is nothing less than essential for fans of his films. Featuring never-before-seen photos and never-before-heard demos, not to mention liner notes — in particular about that iconic ‘boombox scene’ and the alternate soundtrack that almost was. We are honored to be the record label to celebrate his filmography through music.” 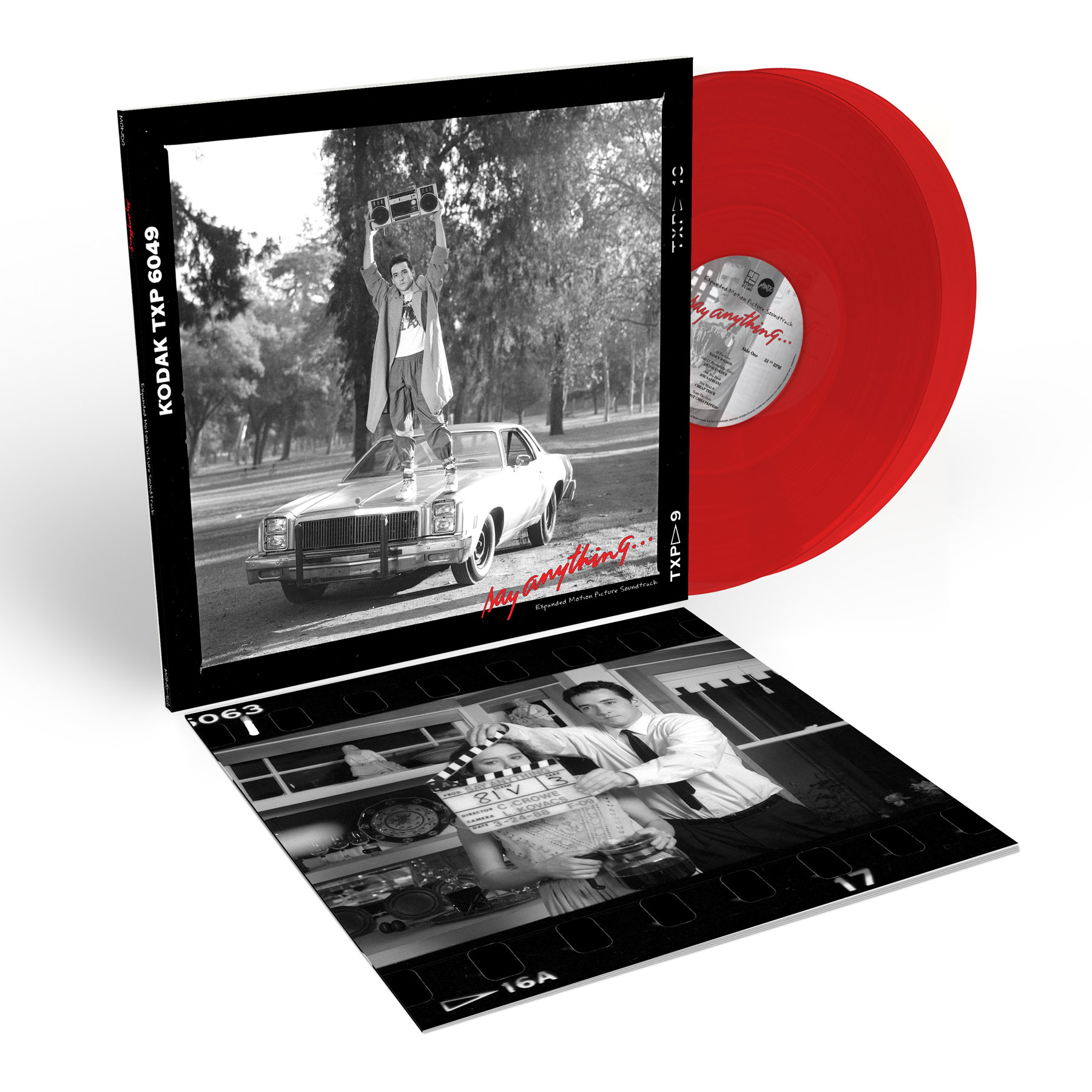 Side Two
1. In Your Eyes – Peter Gabriel
2. Stripped (Live) – Depeche Mode
3. Skankin’ To The Beat – Fishbone
4. Within’ Your Reach – The Replacements
5. Keeping The Dream Alive – Freiheit